The grand old lady with views up the Princes Gardens to the Castle has always caught my eye. Whenever I get off the tram from the airport and head to wherever I’m going in Edinburgh I pass the doorman manning the door at the Rocco Forte owned hotel and wonder what its like inside. On my most recent visit to Edinburgh I decided to find out.

While comparing two hotels is always subjective, and there’s very little between The Balmoral Hotel and its nearest rival, the Waldorf Astoria (articles on top hotels in Edinburgh: TimeOut, Telegraph). When push comes to shove, those willing to make a pick between them tend to point to the Balmoral (two reviews on TripAdvisor: We compared and preferred it over the Waldorf Astoria, Go to the Balmoral if you want 5 Star).

So we bundled into a cab and then dashed through the revolving door to escape the cold, offering a hurried greeting to the doorman as we sped past.

The entrance was grand, with a large table in the middle with a huge arrangement of flowers. A fire immediately opposite the concierge desk started to thaw us as we made our way to check in.

We were very early – it wasn’t quite noon and check-in was supposed to start at 4pm, but the receptionist let us know that if we wanted to wait then we could get a room with a view up to the castle. We were more interested in getting settled straight away and so elected to go straight to the first available room, up on the fifth floor but facing north towards the sea. On the way up we saw a plaque indicating that Scotland’s favourite son, Sir Sean Connery had reopened the hotel in 1991.

The Balmoral is a Victorian-era railway hotel situated right beside the Waverley station. It’s six stories high and built surrounding a central atrium which allows natural light into the inward facing rooms as well as the spa in the basement. A central staircase under a skylight allowed access to all floors, and allowed us to look down to the grand piano in the foyer.

The walk along the hallways to our room took a little while because we were on the far side of the hotel – I liked the light fixtures and we’d just just finished taking a photo of them when we noticed one of the doors was a different colour – grape.

On closer inspection it turned out to be the JK Rowling Suite, where she finished the Harry Potter series in 2007. Now a place of pilgrimage for Harry Potter fans, room 552 rents for a little less than £1000 a night. We stayed two doors down for a lot less!

We finally made it to our room and checked it out. Starting with the view. With the low grey cloud it was hard to see the see the sliver of slate ocean, but we were assured it was there – a less ethical hotel would market the room as a sea-view!

The room is dominated by a huge bed – I joked by asking Ange when the free shuttle would be coming to take me from my side of the bed to hers, and even though it was actually two beds joined together, there wasn’t a noticeable seam between the two, meaning we had a very comfortable sleep.

A good sized desk beckoned Ange (she still had some writing work to do) and a pair of comfortable arm chairs shared space with a table under the window on the other side of the room. We had some trouble figuring out how to turn some of the lights though. Two of the wall mounted lights refused to turn on and the lamps in the corners on the desk and near the window didn’t respond to our attempts.

Ange was convinced that the bulbs had gone where I thought that a little unlikely – too much of a coincidence. We resolved to mention at reception on our way out for lunch, and continued exploring. (On our return all the lights worked, so Ange was right and they had speedily replaced the bulbs).

The bathroom was separated from the bedroom by a little changing room complete with wardrobe. Through into the bathroom, there was a very deep bath (great for me, maybe less so for less-abled guests), a basin with well-lit makeup mirror and then finally a low slung cantilevered toilet.

The bathroom enjoyed copious natural light, diffused through a privacy blind. The floor and splash surfaces were all marble and the floor in front of the towel rail was toasty from under floor heating.

The toiletries were Forte Organics, Rocco Forte Hotel’s own brand.

Apparently all the bathrooms in the hotel had photos of Sean Connery on the walls: we were treated to one of him holding a bikini clad woman upside down and a poker scene from one of the 007 movies.

We headed out for lunch and stopped in to check out the pool and gym on the way out. The lift taking you down to the second basement is on the opposite side of the building from the entrance. We exited the lift into a reception area for the Spa, and after greeting us the receptionist asked if we’d like a look around.

She accompanied us through the complex – the pool was a good size, nestled between it and a sprawling three-room gym was a little refreshment area where you could help yourself to lemon or cucumber infused water, coffee, yogurt treats and apples.

Comfortable chairs allowed you to relax or read one of the large number of magazines and periodicals available. The gym itself was huge and well stocked with various treadmills, rowing machines and exercycles.

In one of the rooms a personal trainer was taking a guest through their paces surrounded by a huge free-weight selection. In yet another room a bunch of weight machines competed with Swiss balls. Tucked into a corner by itself a set of scales waited to spring bad news. The whole complex was very impressive looking, and later when we actually tried it out we found it was better than we suspected.

First of all the pool was incredibly deep, well over my head at the deepest. At 29 degrees (84 F) it was a welcome warmth after the temperature outside, but certainly not tropical. And after we’d had a sauna (they had both a sauna and a steam room, separated by a large shower), the temperature difference made swimming after the sauna feel more like a plunge pool.

Anyway, we braved the cold and headed out for lunch. The location of the hotel is absolutely perfect. It’s right beside the main train station, with the shopping district at its feet. Princes Street, with its gardens and Scott Monument filled the immediate foreground and most importantly the Old Town with Royal Mile and the Castle were a mere 13 minute walk.

A little later we out to The Voodoo Rooms for dinner: a neo-baroque bar/restaurant/life music venue for an awesome three course meal. The restaurant was three minutes from the Balmoral and the bill suited my Scottish background: only £50 for the two of us!

The next morning we eschewed the Hotel’s breakfast in favour of some porridge we’d picked up during our shopping expedition, followed by a trip to the gym and pool.

We had a few hours to kill after checking out at twelve so we asked if we could hang out at the Prince bar. We were assured that we could and were directed to the brasserie next to reception.

There we spent a goodly number of hours working, punctuated by a croque madame each for lunch and a hot chocolate for Ange and some French fries for me for afternoon tea. After retrieving our luggage the doorman called us a cab and we headed off into the blustery cold Edinburgh spring.

As the cab driver who took us away from the Balmoral said, “the Hotel is the best of the grand Edinburgh hotels”. Apparently there are boutique hotels but none have the grandeur or sumptuous scale of the Balmoral. The thing is there are a lot of reasons why you would want to go back: shopping expeditions, transiting before or after a train trip or flight but most appropriately if you wanted to explore the Old Town, all are very well served by Edinburgh’s finest. 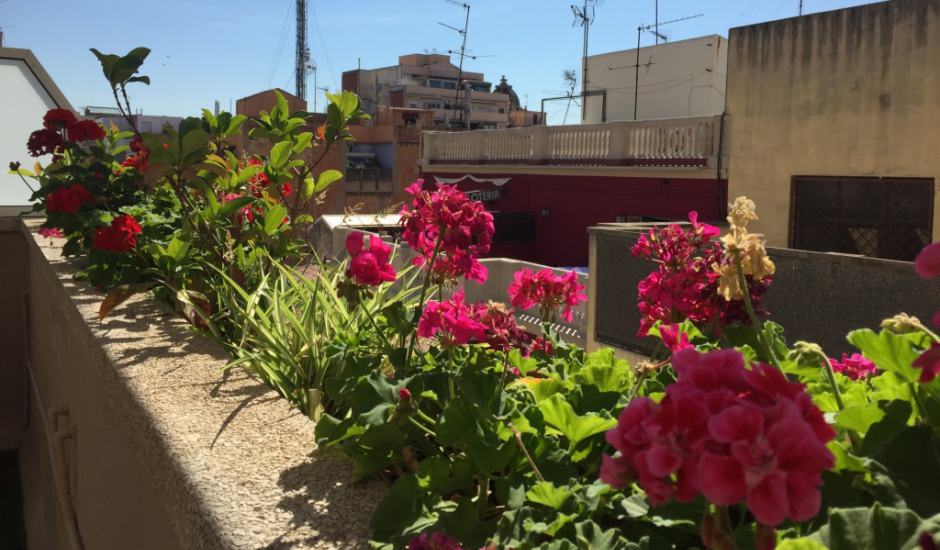 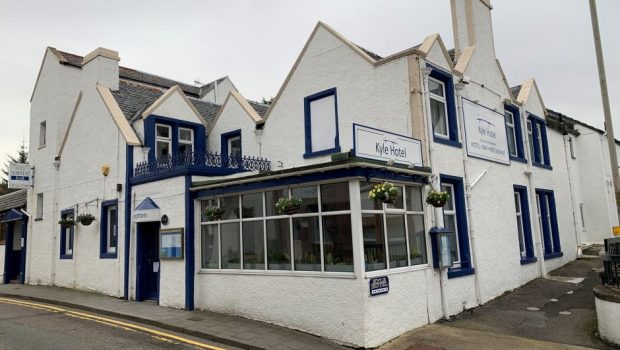