Villa Otero is a boutique hotel nestled near the train station in Nice. It’s part of the Happy Culture family of hotels, expressing a desire to be “more than just a place to stay”. We stayed for a night as part of the UNESCO Summer tour, and from the moment we walked in we noticed the differences from the standard hotel experience.

Initially I was a little taken aback upon entering. The lobby seemed to be half lounge, half breakfast room. Admittedly it was early, so people were having breakfast, but the fact that the check-in desk was set out in the middle of the room meant there was a odd intimacy – a lack of distance between the staff and the guests. It was nice. The decor was very en pointe – they were going for the Belle Epoque (1900s) and pretty much nailed it. 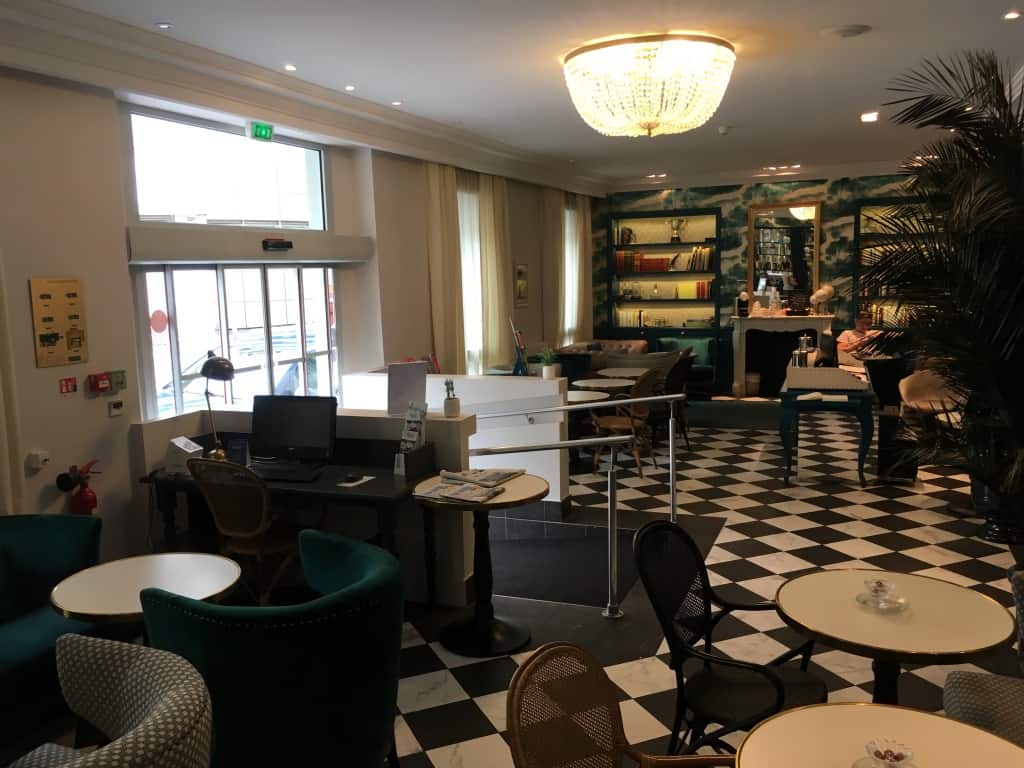 We were too early to check-in, so dropped off our luggage and headed back out to sightsee. We were told that they had a free afternoon tea so we made sure we got back in time for that!

Upon our return we elected to drop our bags off in our room prior to helping ourselves to the afternoon tea. The room was small but not cramped, and had a cute juliet balcony with a table and two chairs on it overlooking the street. 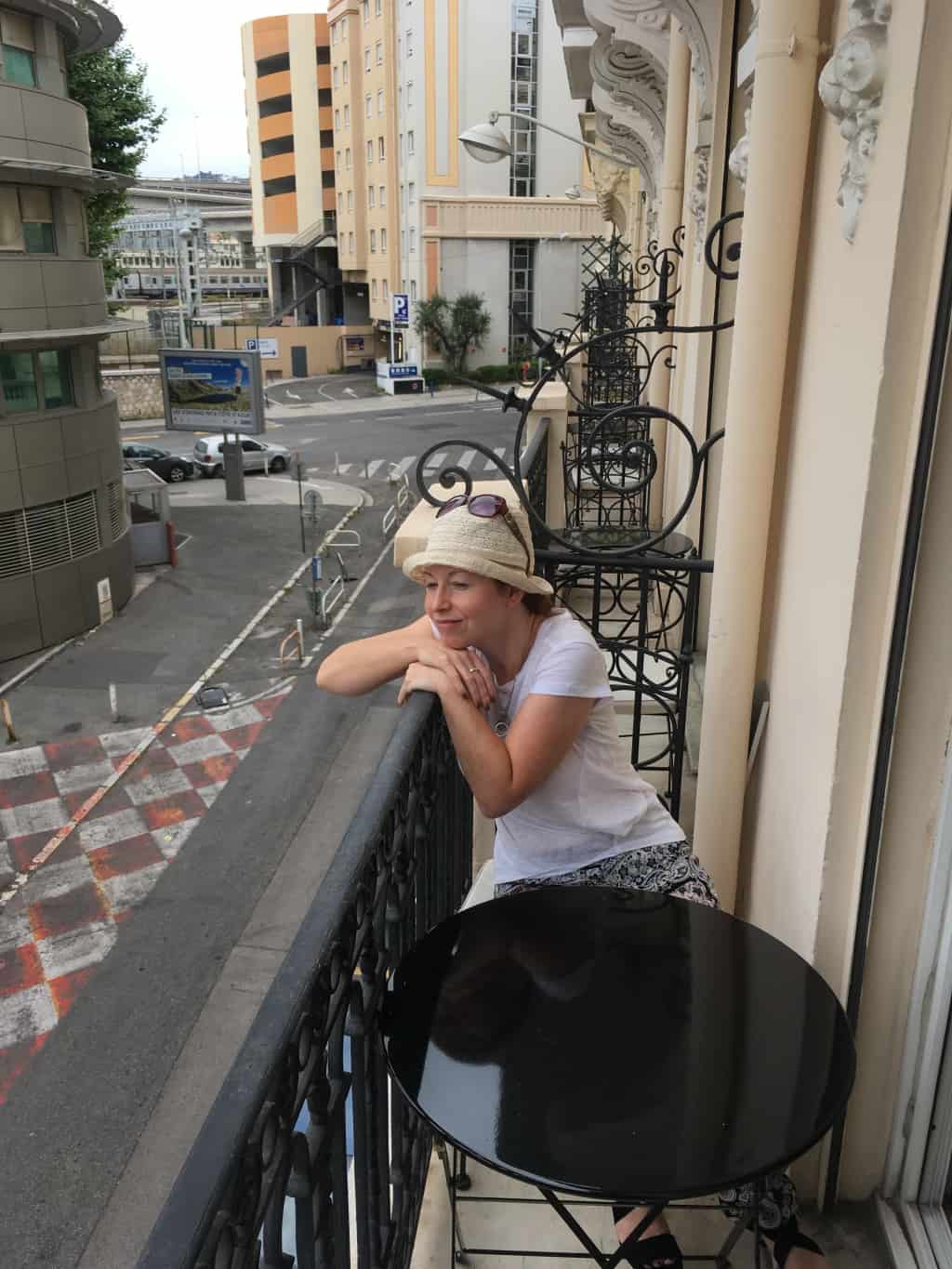 The room was made to feel larger with stylish mirrors which gave the impression of more space. But the decor and furnishings were noteworthy – consistent with the lobby theme, the Belle Epoque and Art Deco touches showed that the overall feel of the room was incredibly important – similar to the two 25Hours hotels we’d stayed in in Berlin and Vienna. 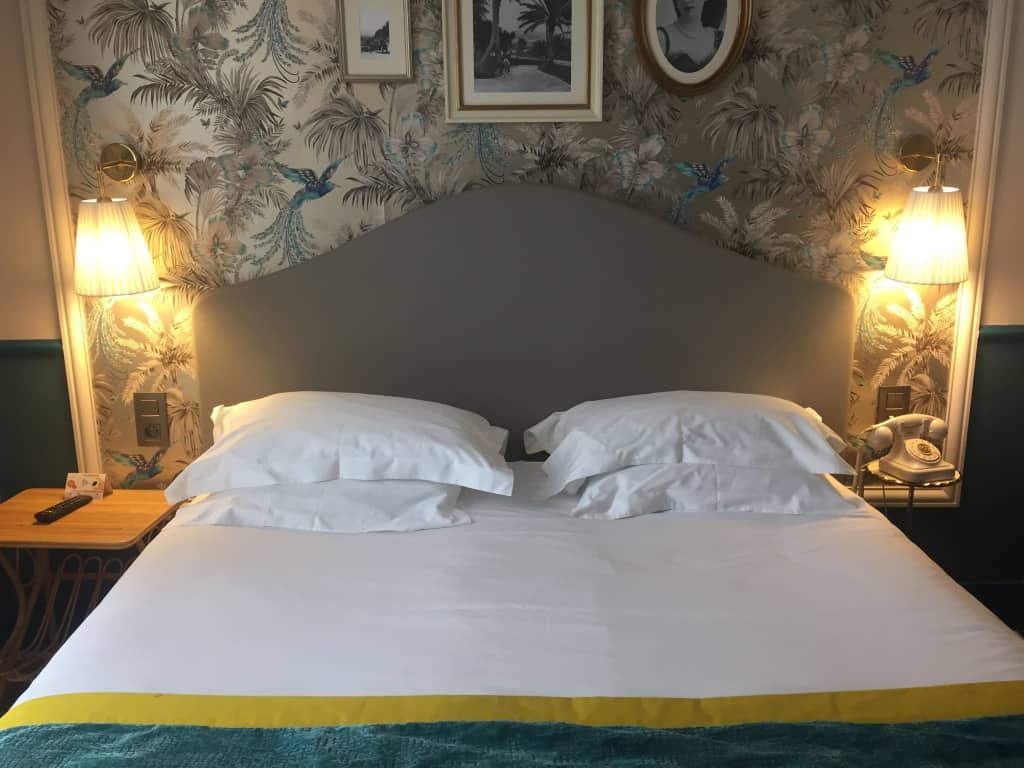 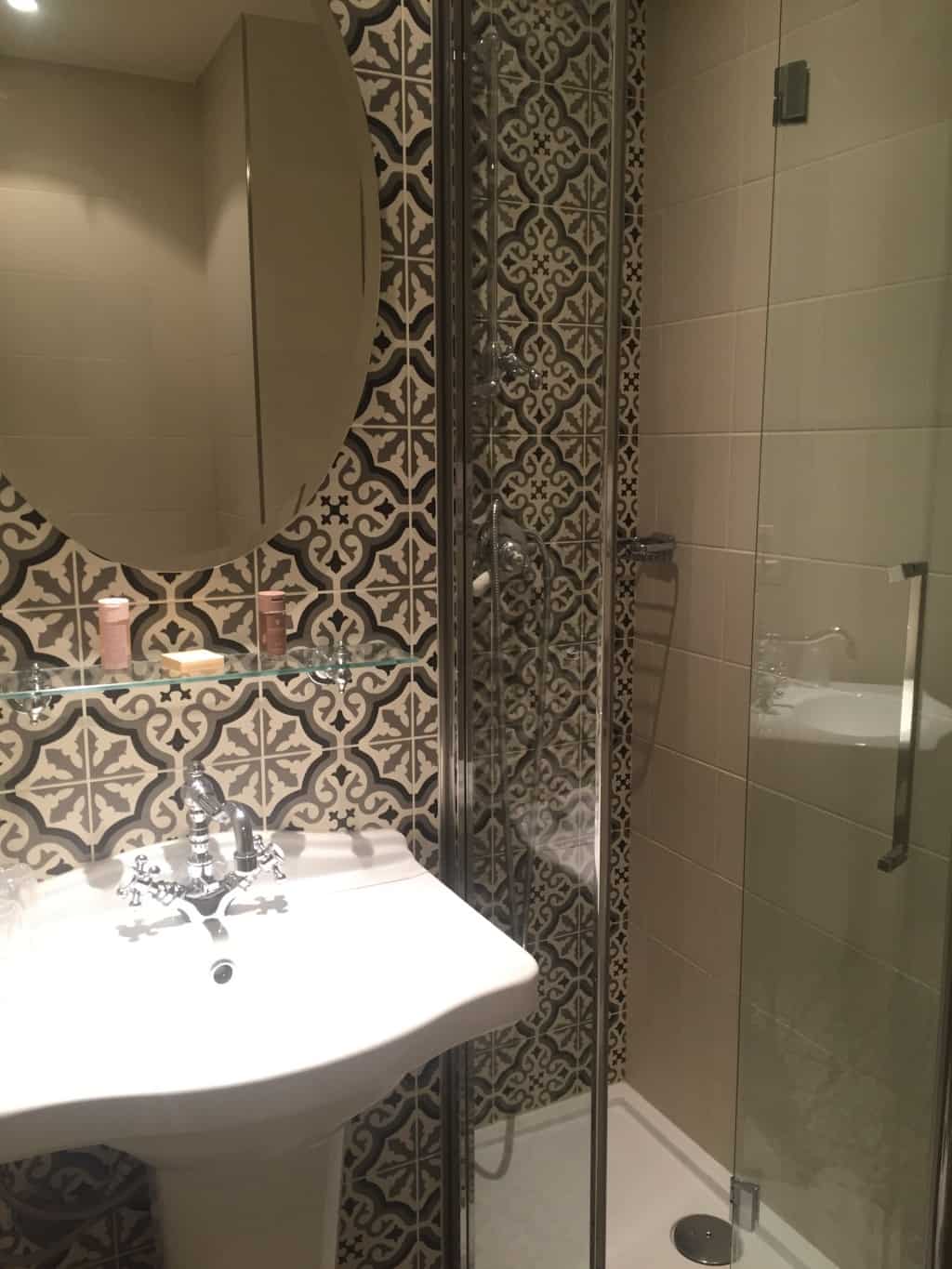 They weren’t kidding when they said on their website that they don’t just want to be a place you go to sleep. My favourite touches were the old fashioned telephone, the wrought iron balcony and the decorative photos on the walls above the bed. 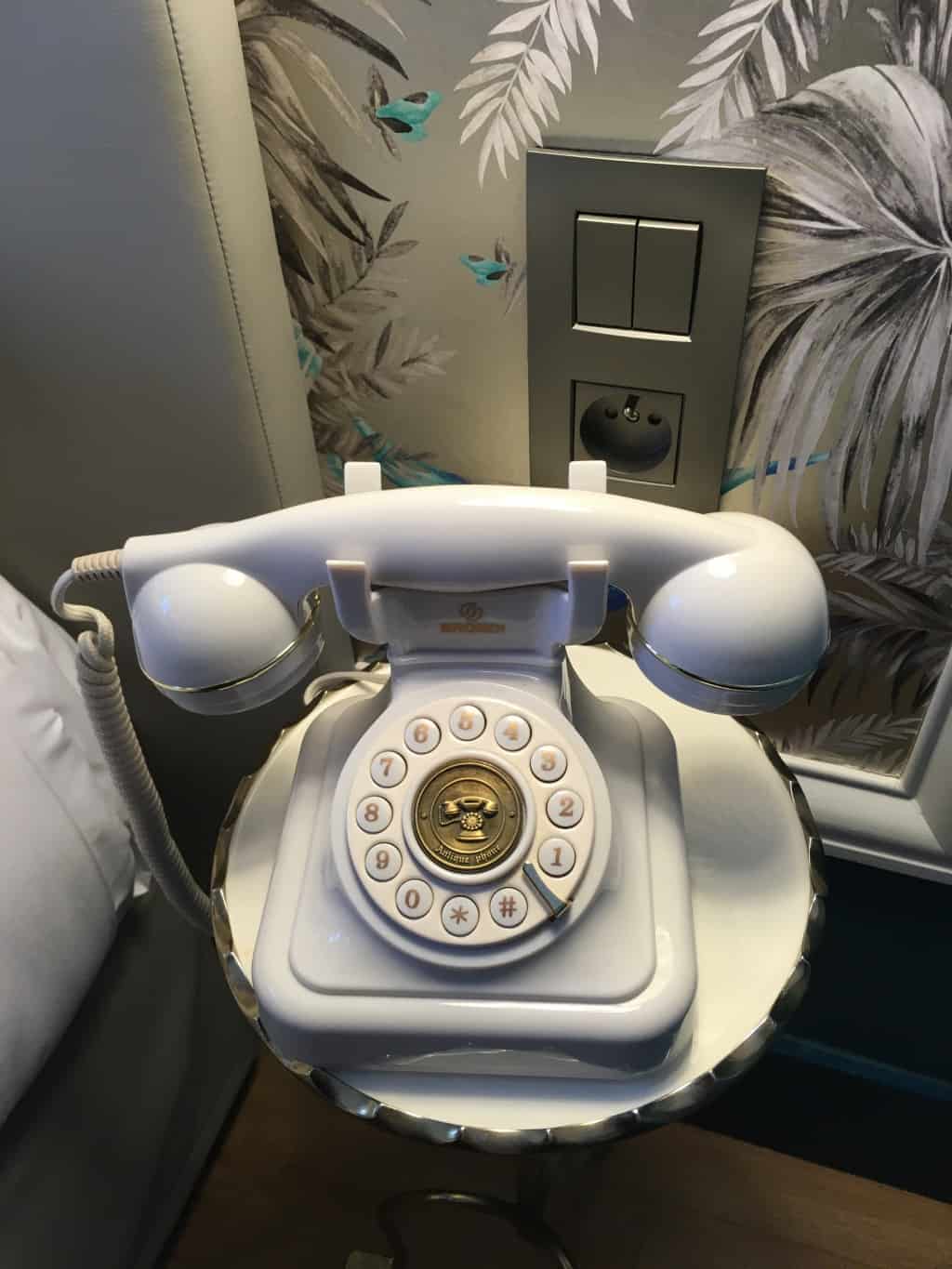 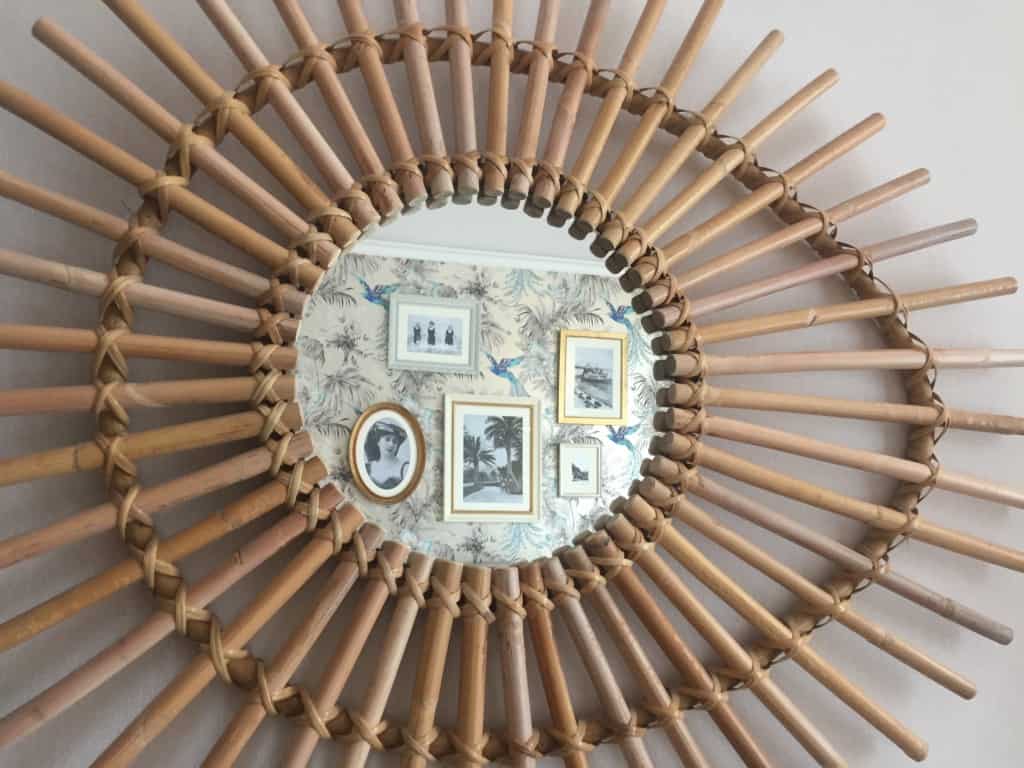 Speaking of which, the bed was a very good size, even if it meant that there was only just enough room to skirt around it in the bedroom. There was enough room for luggage in the closet near the door, and a clever use of space had a table and chair in an otherwise unusable space. This was a recurring theme throughout the hotel, meaning that even though the lobby and rooms were on the small side, they packed the features in.

We got our luggage squared away and headed back down the spiral staircase to the lobby. There was a lift but reflecting the theme of the hotel it seemed original (read: tiny) and so had only just fit me, Ange and the suitcases.

The lobby had cabinets along one wall and these had been converted from the breakfast items we’d seen in the morning to an afternoon tea. So there were glass jars with various sweets, cupcakes and an array of teas and coffees and syrups to flavour them with. 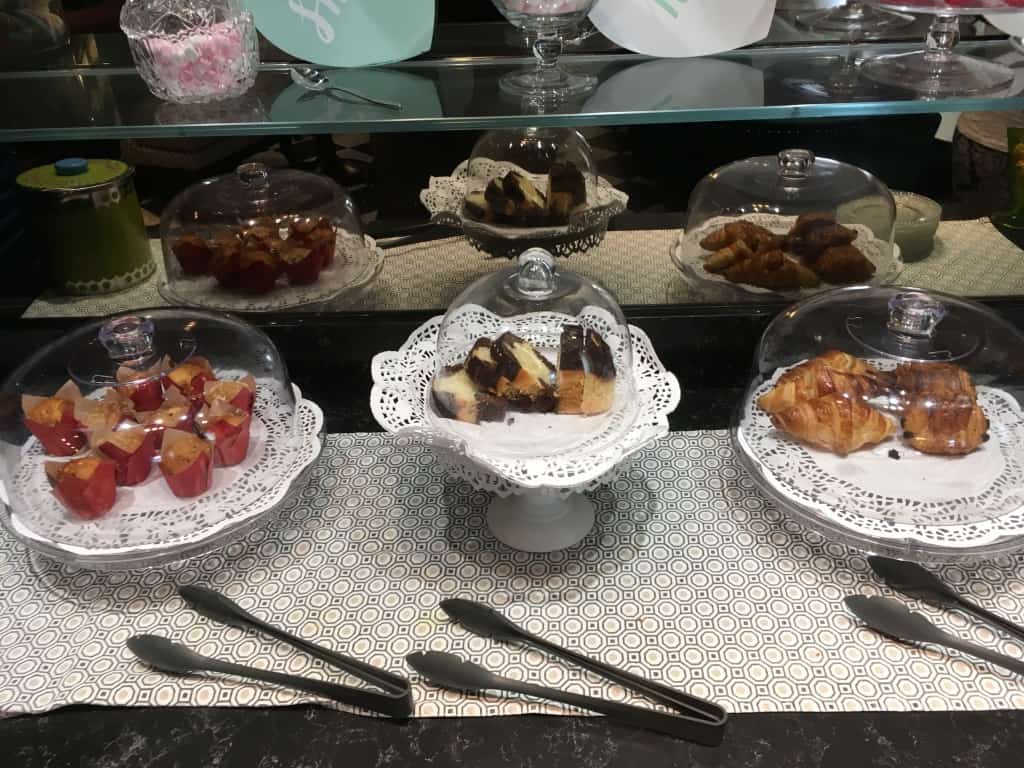 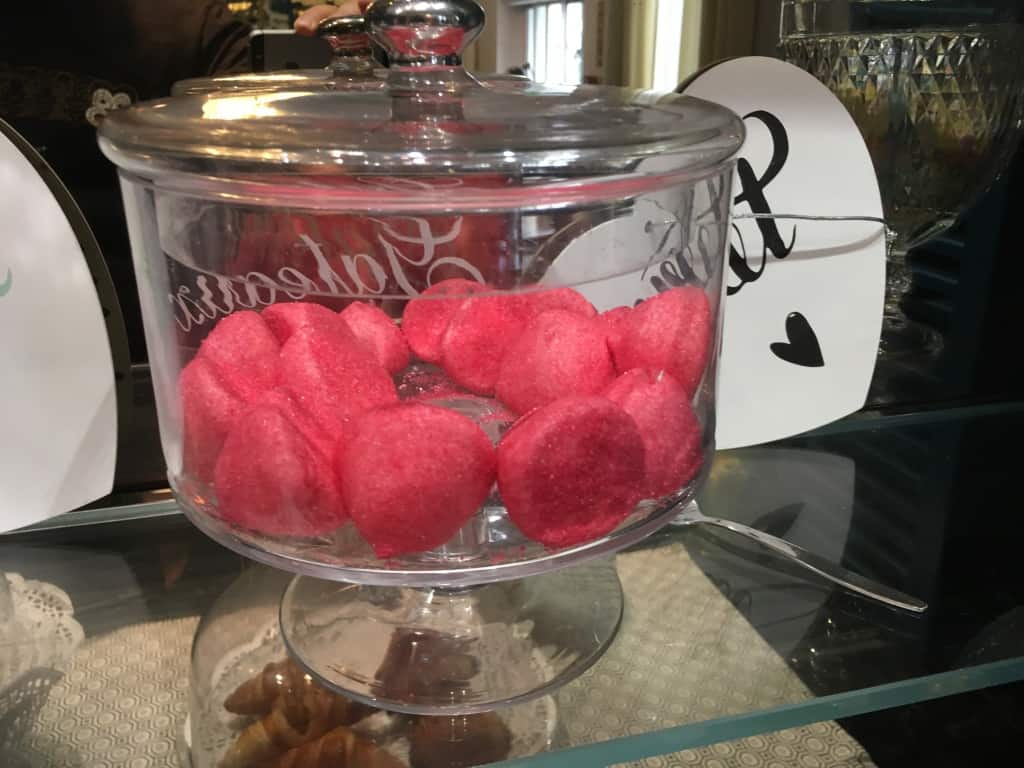 There were only a few other people there, and the quiet hubbub of conversation and relaxing environment were incredibly convivial. There were newspapers and magazines and a few computer terminals to access the internet. On the other side, closer to the check-in desk were board games and a couple of shelves of books in both French and English – basically in the same room was check-in desk, lounge, breakfast room, den and library all in one!

It’s quite amazing what you can store in a small area when you want to. Breakfast the next morning was an impressive array of continental dishes with a somewhat bewildering selection of jams to go along with them. Cereals, croissants and other bread products compete with fruit salad for shelf space. There were also boiled eggs as well. 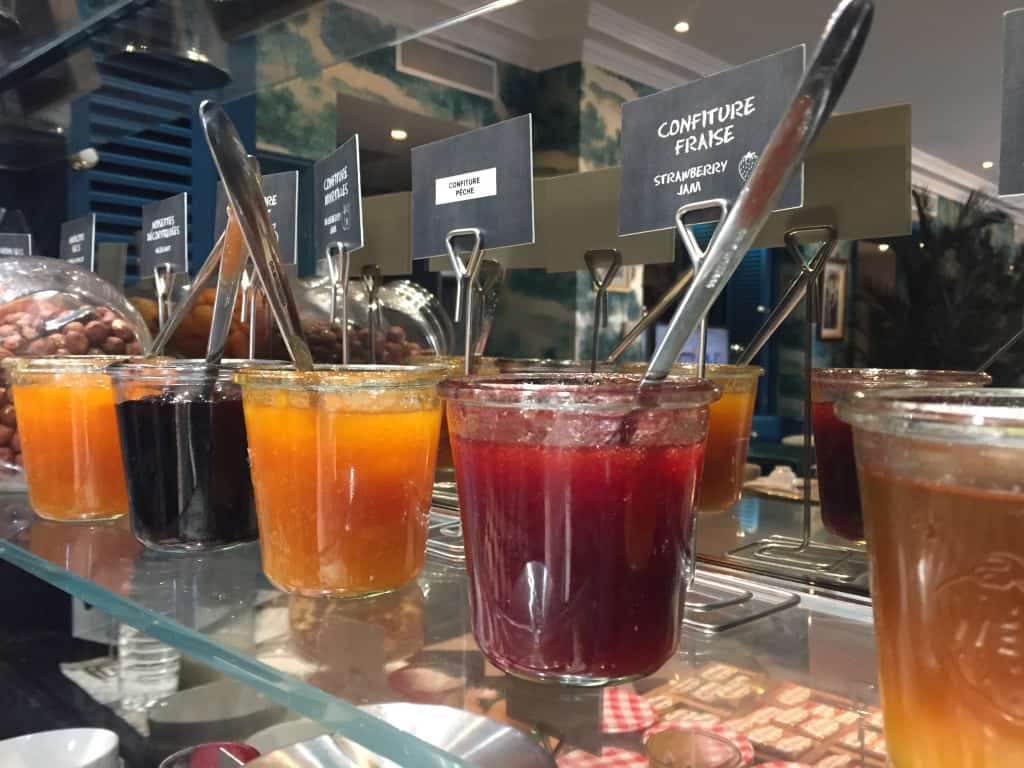 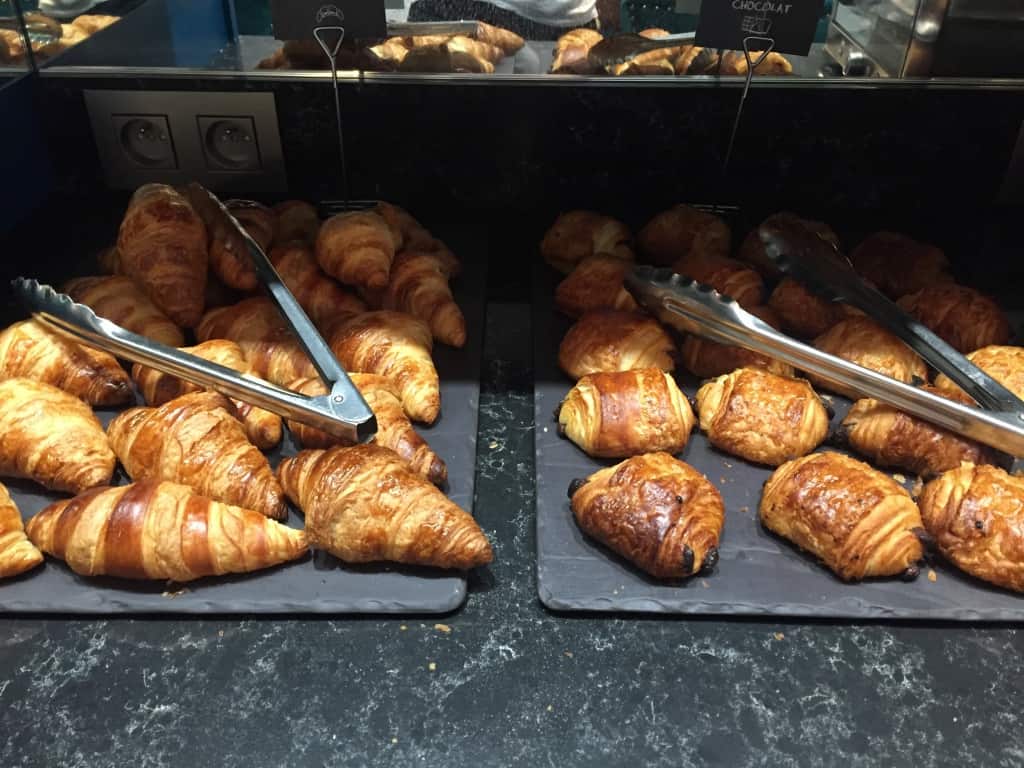 Absolutely: The hotel punches above its weight in service and features, and the proximity to the train station can’t be beaten for exploring the Côte d’Azur.

Villa Otero supported our Summer 2017: UNESCO tour by providing a complimentary stay. All opinions remain our own.