It was my second time at the FastForward conference which was held at the Muziekgebouw aan ‘t IJ which is a great venue overlooking the River Ij.

While it is only a ten minute walk from the central rail station (close enough for taxi drivers to balk at taking you apparently), the conference is in February making the weather a pertinent planning consideration. Because of that I decide to give the Mövenpick Amsterdam a try.

If you’re getting off a cruise at Amsterdam or attending any event at Muziekgebouw, the location literally cannot be beaten – it’s nestled between the cruise terminal and the conference space. 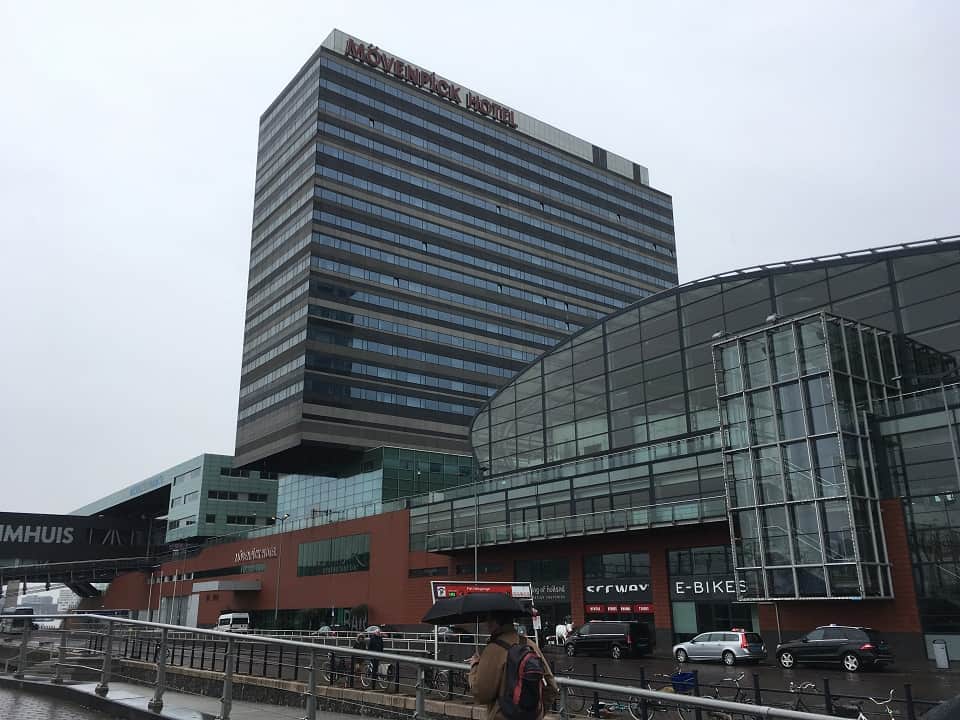 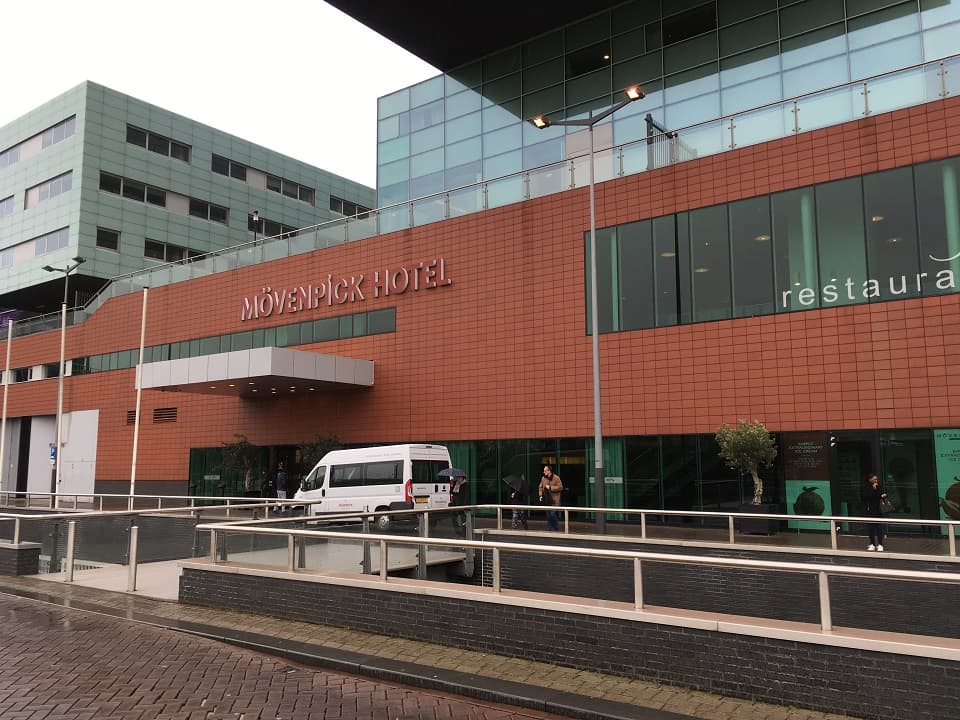 I arrive after 7:30pm which is a pity because there is a shuttle bus (bookings required) which runs between Amsterdam Centraal and the hotel every 5 past the hour and half hour. It finishes running at 7:30pm. The ten minute walk doesn’t kill me even though a strong and gusty wind threatens to blow me to Rotterdam instead.

I think the young lady checking me in is having a bad day – or maybe my “travel face” puts her off because she doesn’t say more than two or three words the whole check in procedure. That contrasts greatly with the young man on the desk beside her who patiently explains every step of the process to the other guests checking in at the same time.

It’s amusing them being told that there is a €50 per night charge that they’ll put on your credit card for incidentals, while I’m just asked for the credit card. Anyway, I make a point of asking my standard questions – gym, breakfast, internet? And then notice that the answers to all of them are printed on the card-key holder as I walk to the lift. Lol.

The room itself is a very good size – I’m on the 12th floor of 20 but facing away from the city. 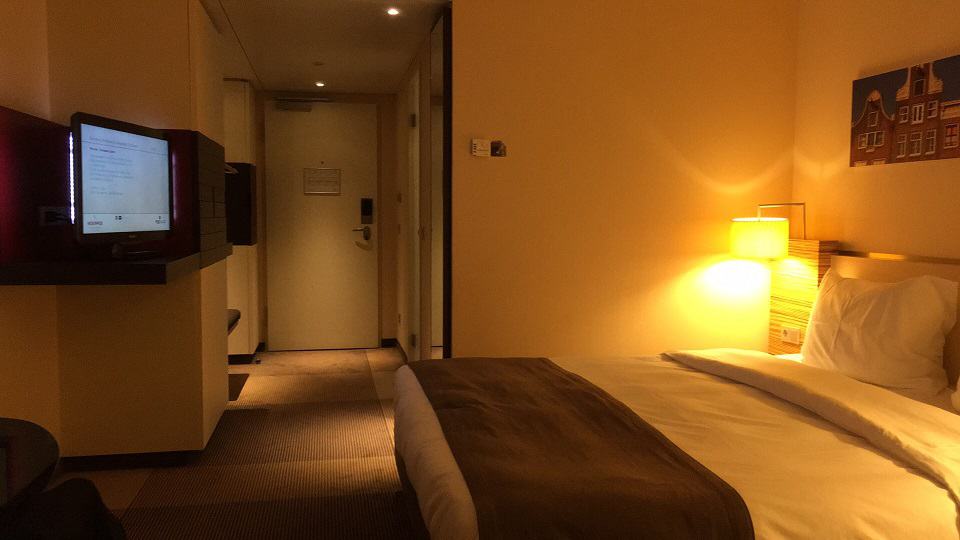 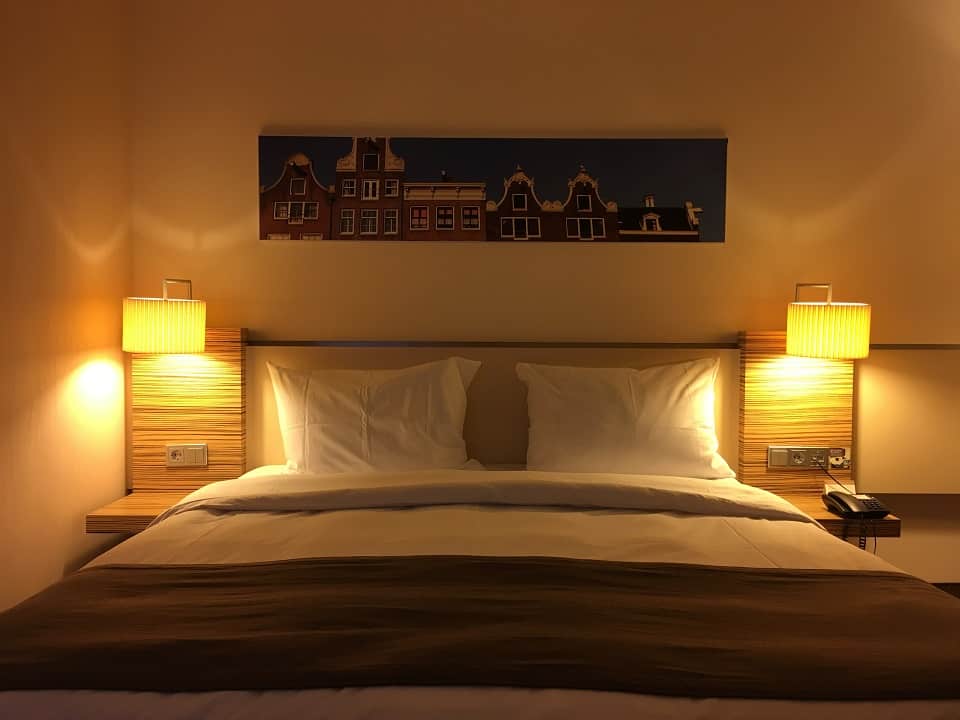 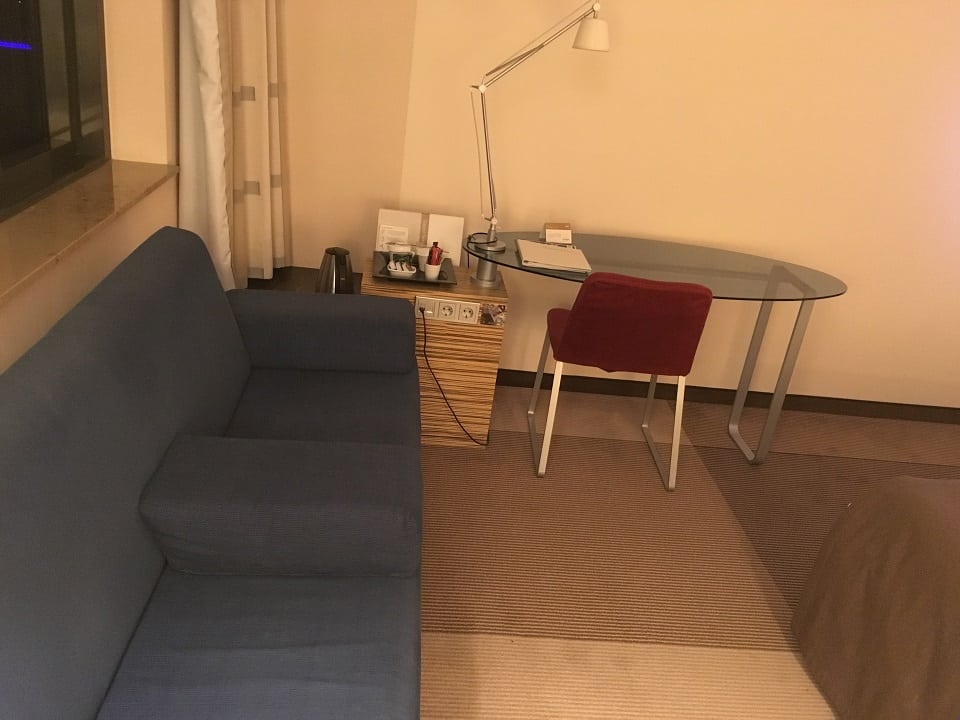 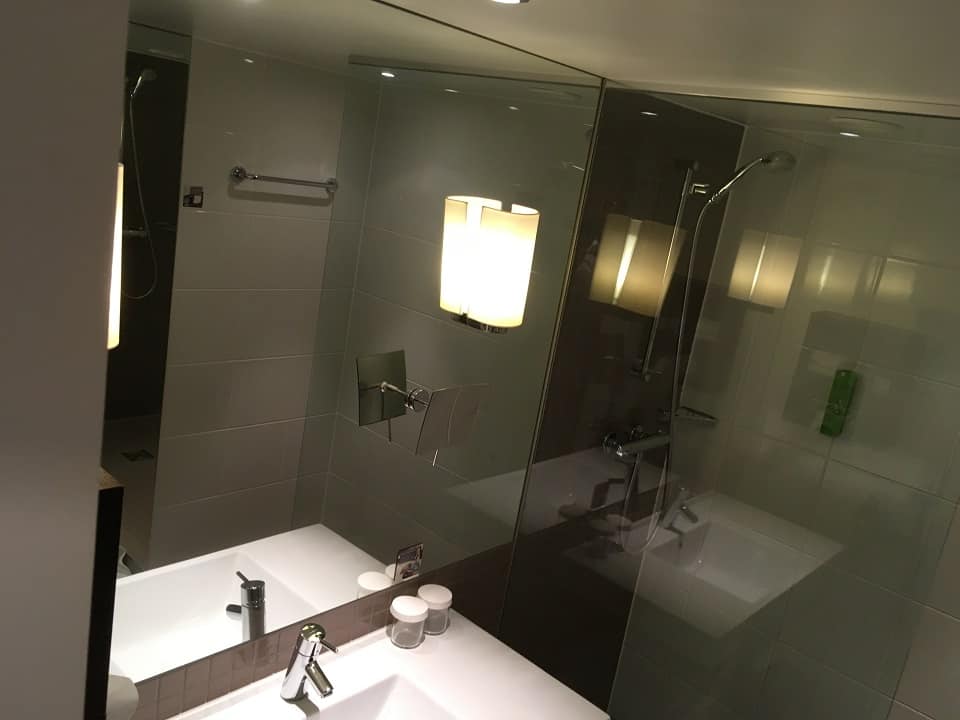 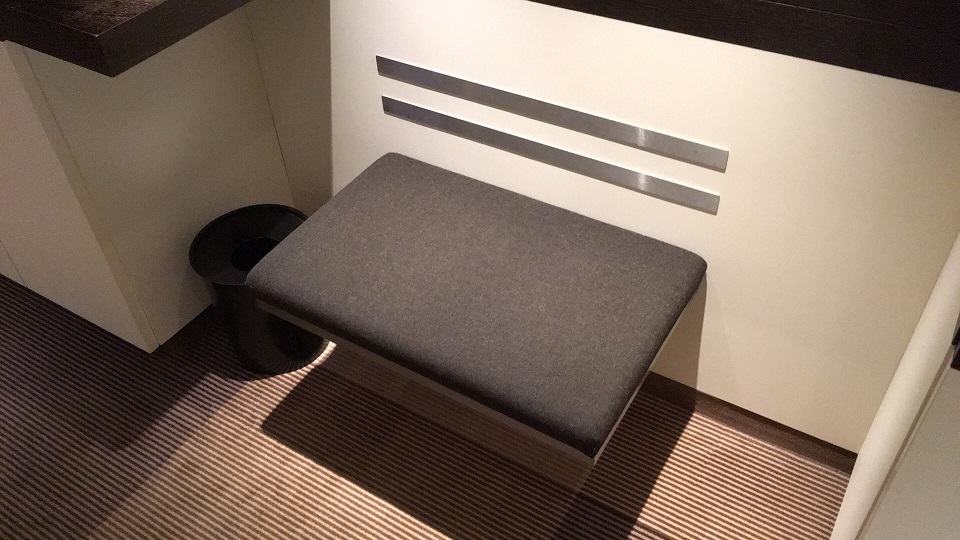 There’s a suitcase riser just outside the bathroom and while showing my girlfriend photos she asks what that is. I smirk and attempt to convince her that it’s a seat for people waiting to use the bathroom. She’s too smart for that ruse.

I’ve decided not to get breakfast at the hotel – there’s just no way I can justify €25 for a breakfast, and I have work to do each evening so elect to get room service. 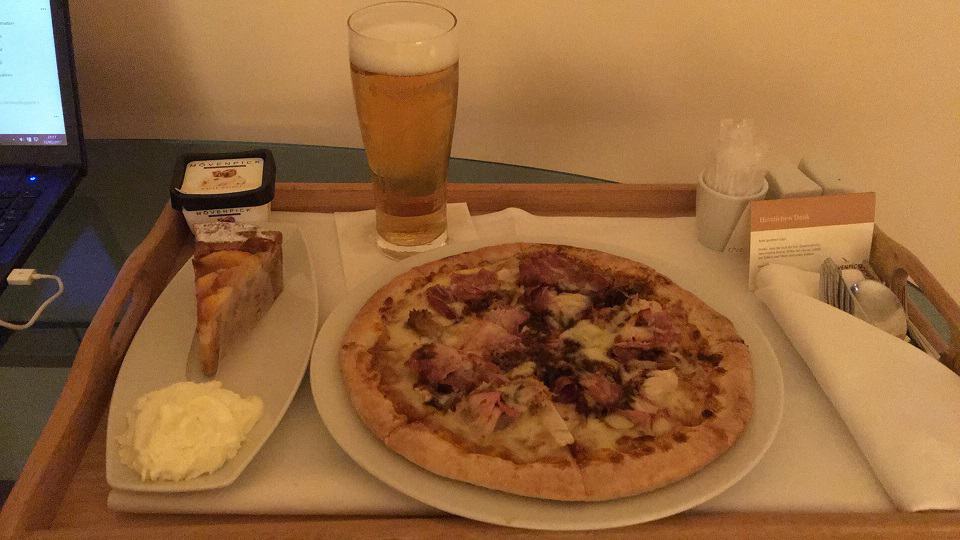 The first night I elect to go for the meat-lovers pizza, apple pie and ice cream, all washed down with a nice cold Heineken. I should add that I saved half the pizza for breakfast the next day. The room had an empty mini-bar and the room service menu had a number of options should you like to stock it. I ended up saving half of each night’s dinner and eating it for breakfast – so the bar fridge was very convenient. Day two brought a burger and fries which I wasnt a fan of – the meat patty was good and the bacon a nice touch but the whole thing didnt come together to form a coherent whole. 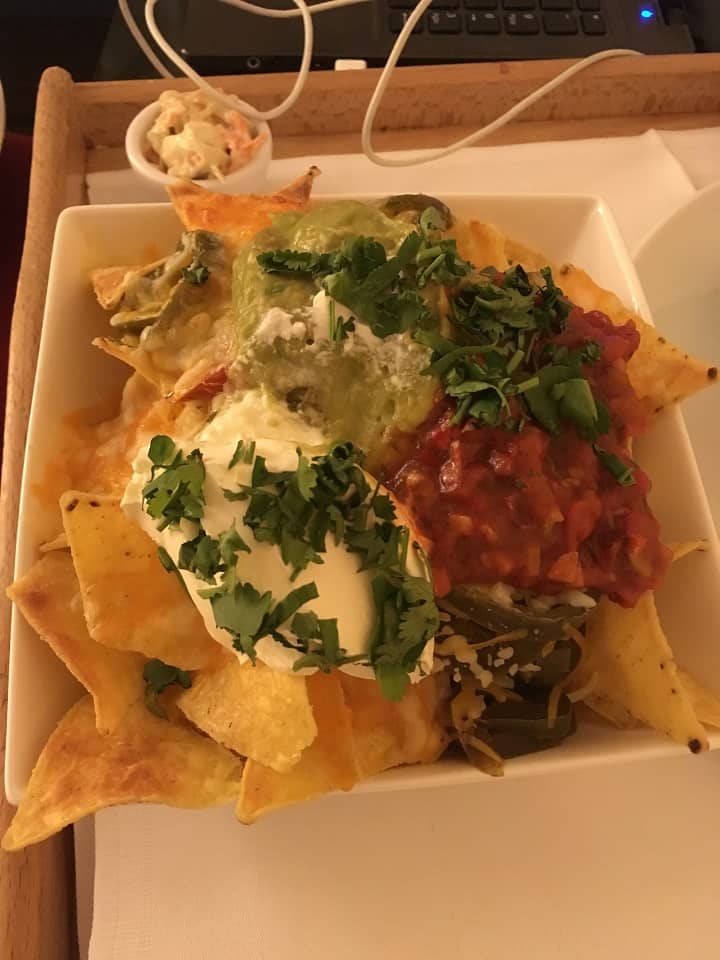 The nachos on the other hand were impressive – a “snack size” but sizeable plate covered in guacamole, sour cream and salsa. My favorite meal by far was the salmon filet with seasonal vegetables and crushed potato – much healthier too…until I added the slice of chocolate cake! 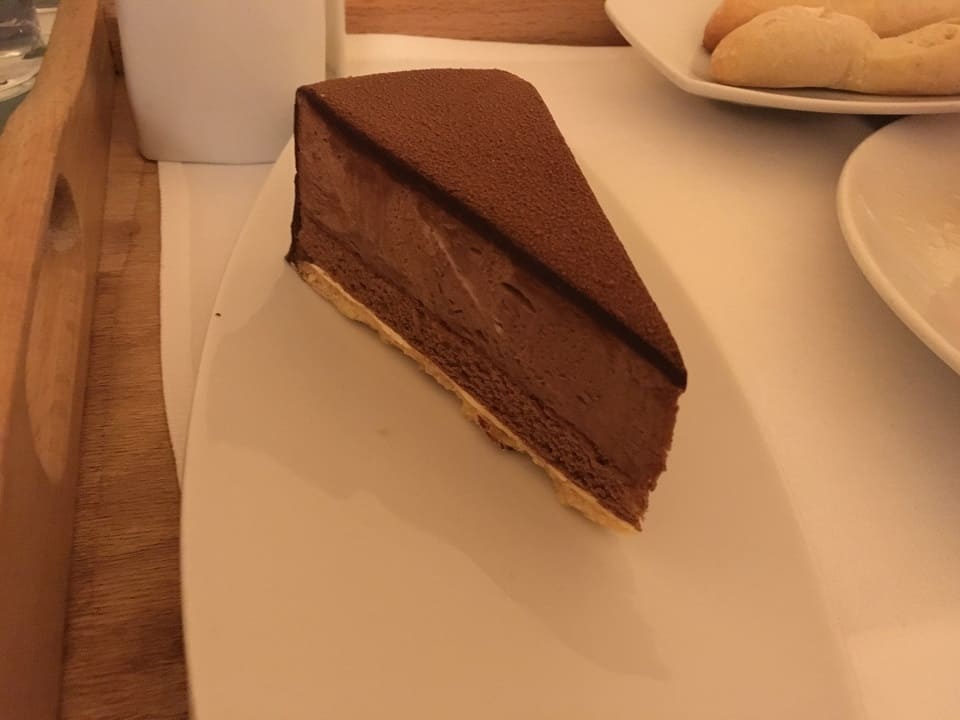 While the Movenpick doesn’t have a pool, it has a health centre with a gym, two saunas, an ice shower – check out the 360° video below. Drag the pointer around the screen to look around.

The gym was pretty empty when I used it – it’s not huge but as you can see in the video, it’s got exercise bikes, treadmills, elliptical, a rowing machine, weight machine and medicine ball.

Their Health Centre features two saunas – one Finnish and one Bio-Sauna. The Finish one is the traditional type with the bucket of water which you ladle onto heated stones. I understand the Bio-Sauna uses infrared energy to achieve the same affect. They also have a “Shower Landscape”  which is a shower room with a built in “ice-bucket challenge” and an ice fountain for the true sauna aficionados.

The service in general is good – I found that the in-room safe wouldn’t open, so I rang reception. Within  a few minutes someone was at my door and sorted the problem. My laptop only just fitted into the safe so was leaning against the door from the inside, making it impossible to open. By pressing on the door while entering the combination it allowed the safe door to unlock. But even though the issue was my fault the staff didn’t make me feel bad.

When it came to checking out, Yvette on the front desk was very good – talked me through each step of the way. One thing that did surprise me was the city tax – 5% certainly makes a noticeable impact when the room rate is so high. The Movenpick is a 4* hotel and while I have seen rooms as low as €111 per night for advance bookings for winter, the same rooms can soar up to €450 in the height of summer. I ended up paying £485 for the 3 nights I was there. 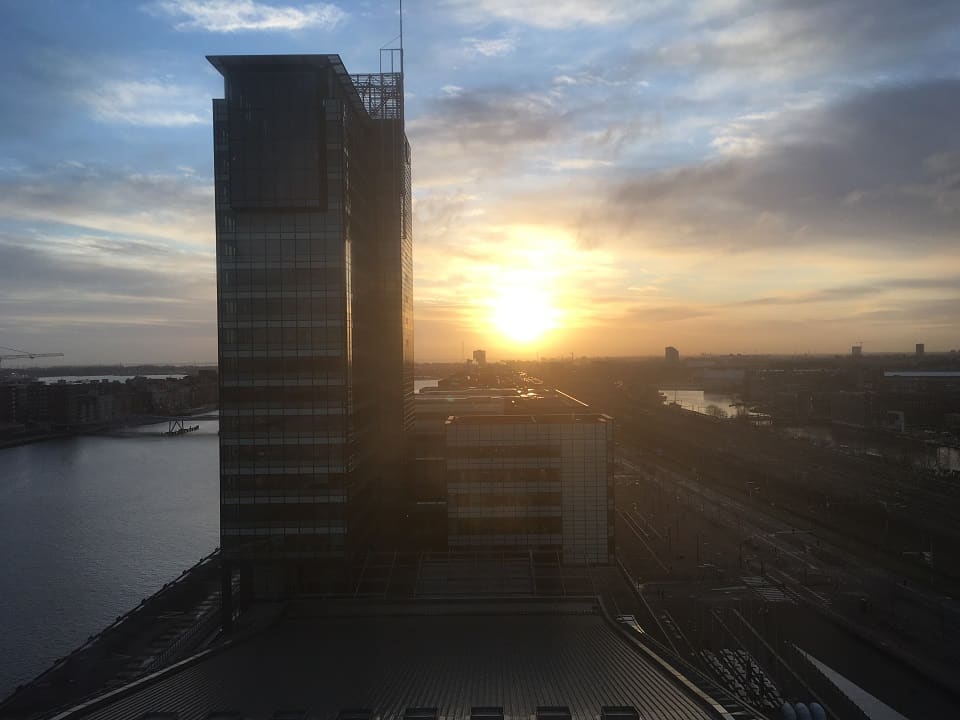 The location can’t be beaten, so when I go back next year for the conference I probably will stay there – but I might try to book a little earlier to take advantage of advance booking discounts. 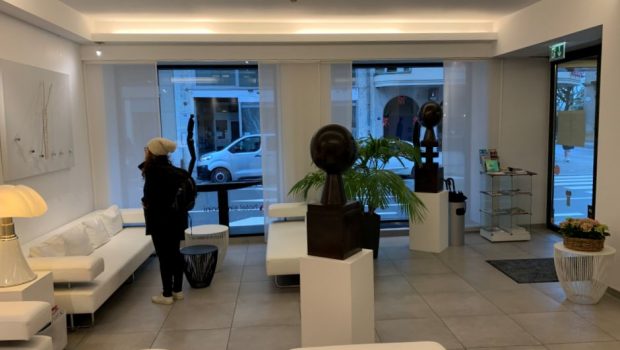