We decided to stay at The Hill House, a lovely B&B a ten minute bus ride from the centre of Norwich in The Broads. The Broads are a system of canals and wetlands created when the water level rose, flooding Medieval peat workings.

As usual, Ange arrived first, travelling on the number 5 bus and found GoogleMaps isn’t entirely accurate with the location. Hill House is a lovely old Edwardian red brick house on the corner of the main road, and not halfway up the hill at all. A quiet, elderly man checked her in, handed her a key with a dogs head on it and showed her to the room. 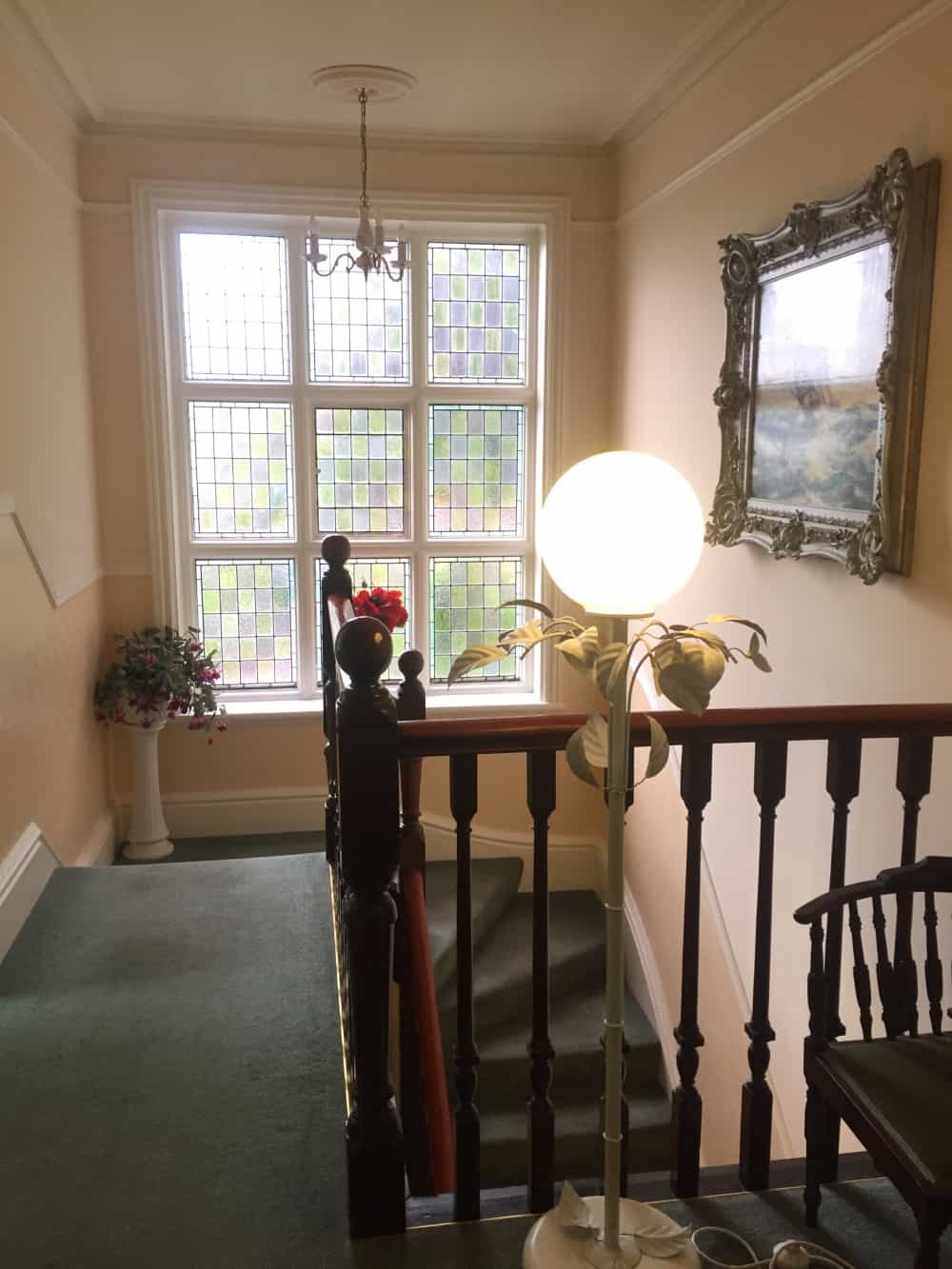 Each of the rooms had a different brass tag on the door (across from us was a ship) which was a novel way of distinguishing them. The room itself was a good size with a wrought iron bedstead. A pleasing selection of tea, coffee and hot chocolate awaited along with biscuits. Accompanying the wardrobe and desk was a good sized ensuite bathroom with a perfectly serviceable shower. 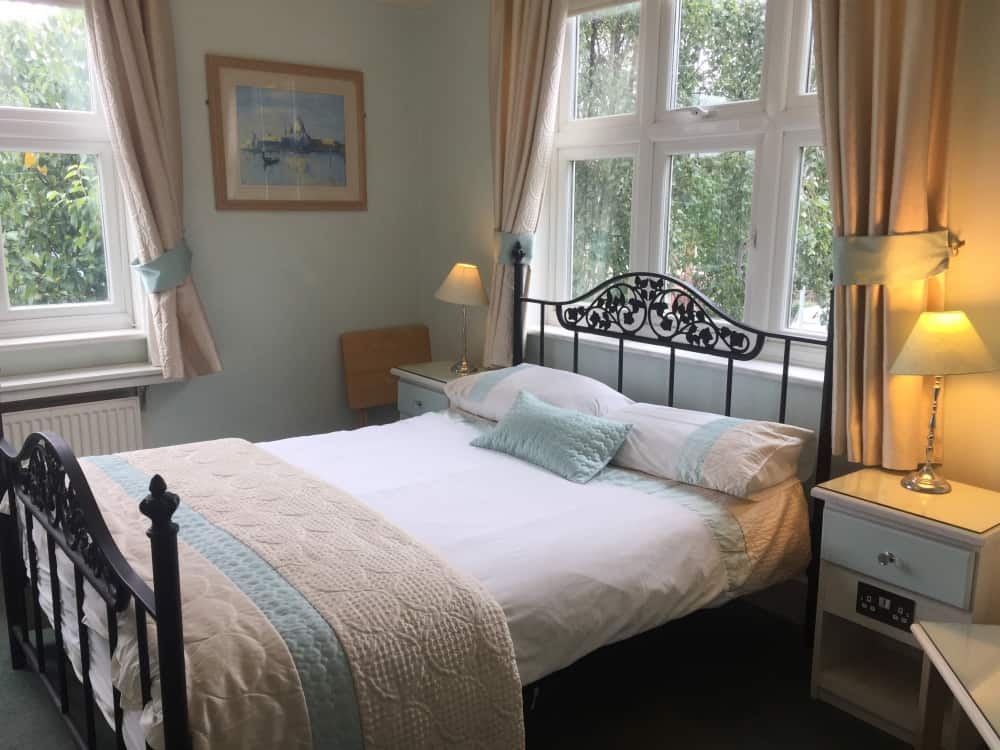 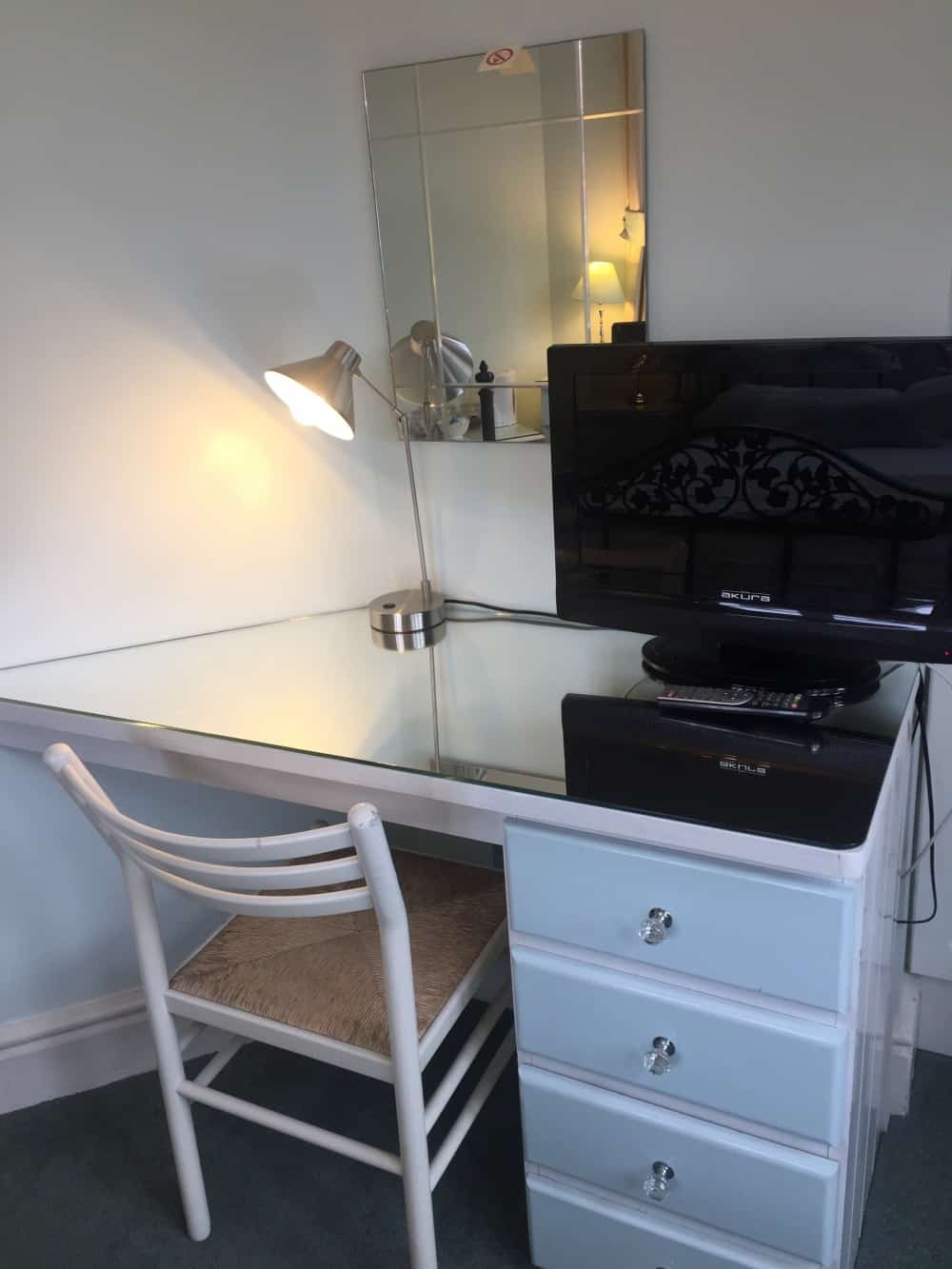 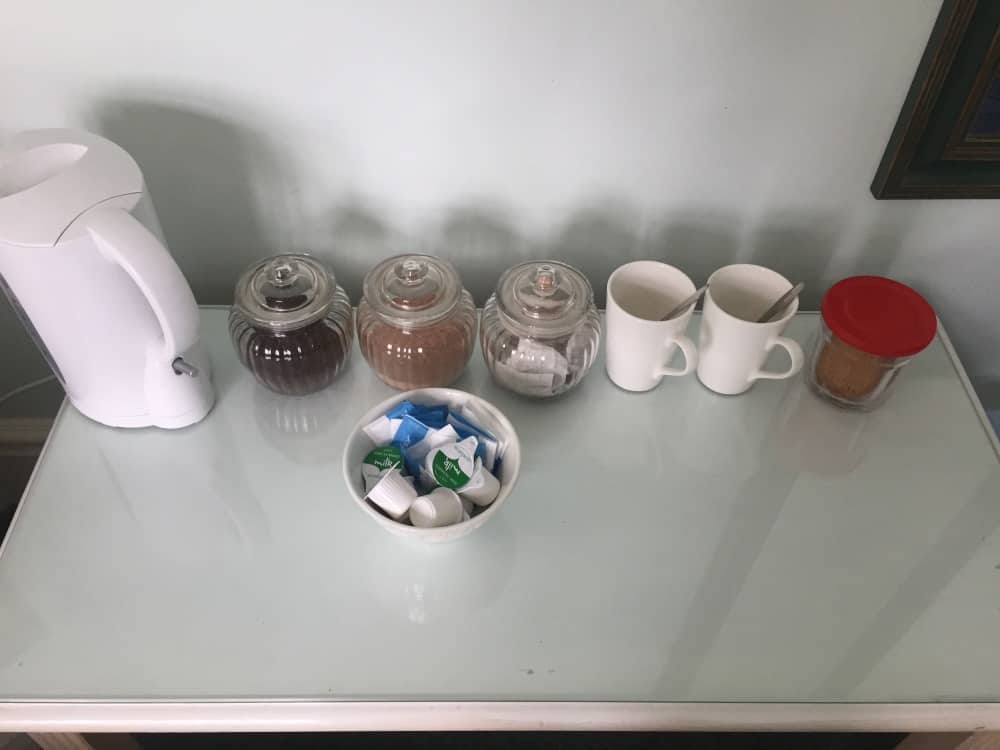 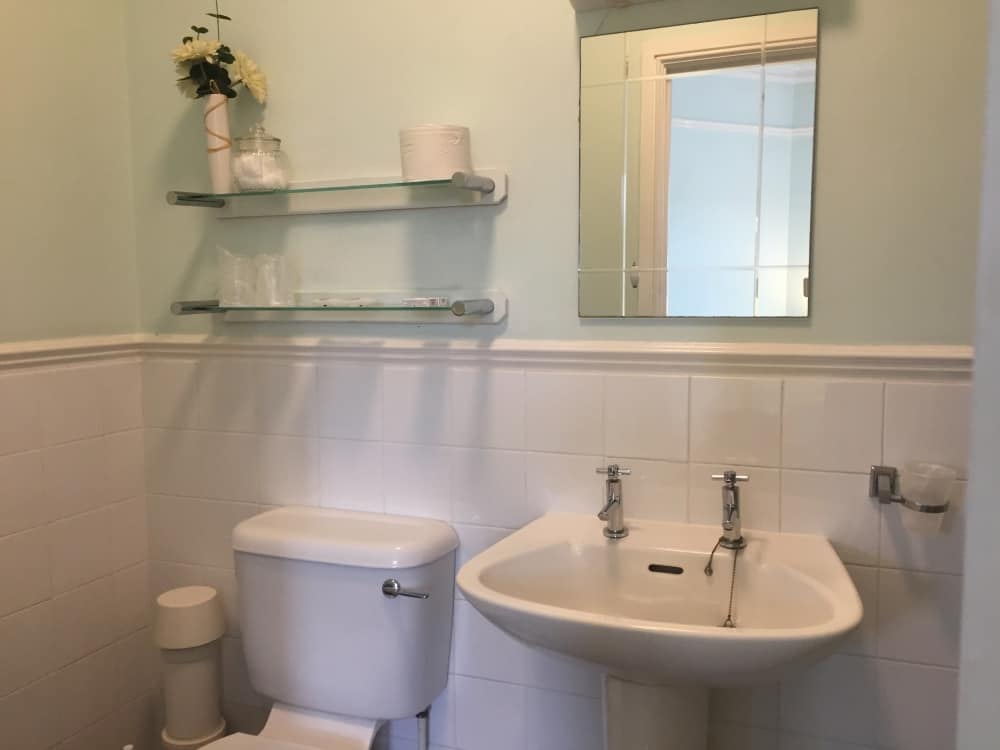 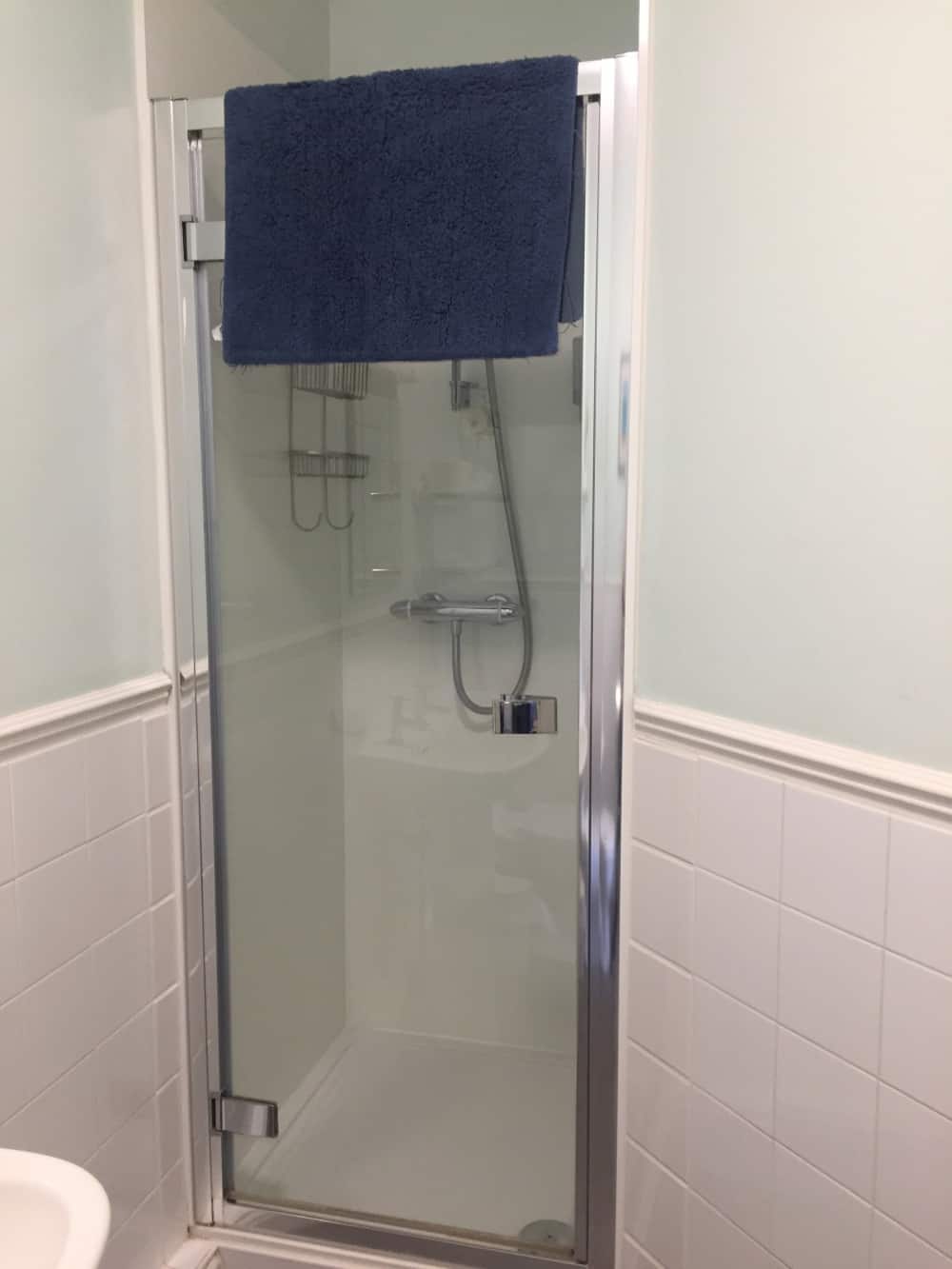 When I arrived a little later we went down the road to the Rushcutters Arms the local restaurant/pub for dinner. I interrogated the waitress, trying to find out what she would choose as the menu had a lot to choose from. I ended up ignoring her and going for the burger which was a good effort. Got to love an egg in a burger! Ange got the fish pie which did not disappoint. We shared the millionaire’s cheesecake. 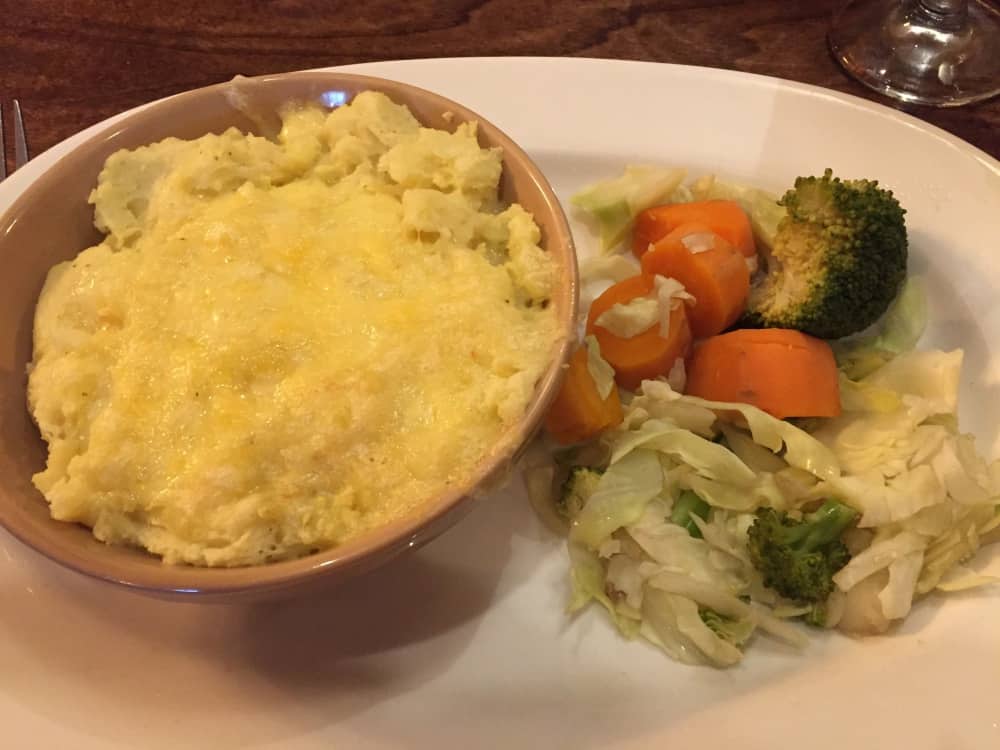 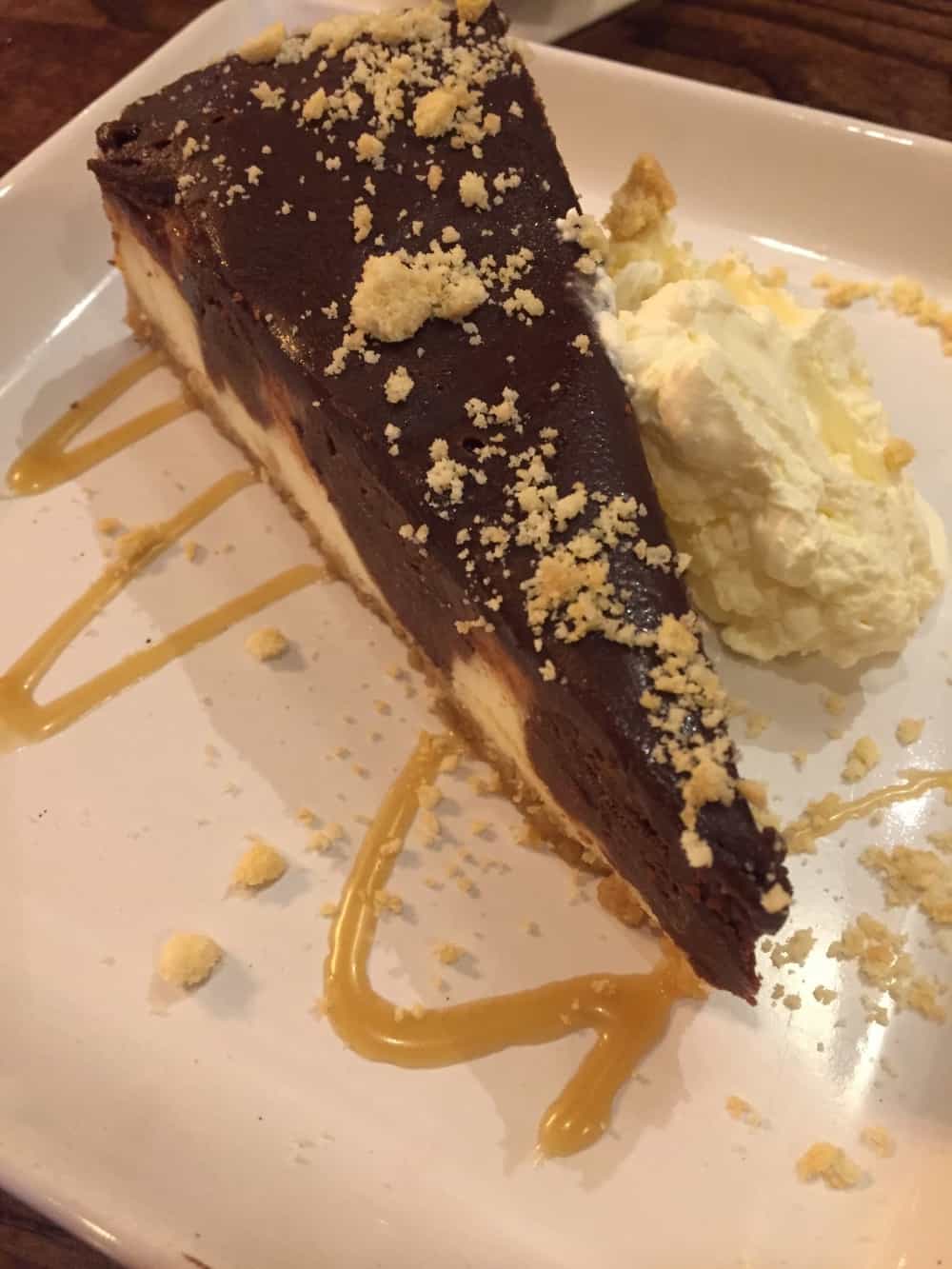 The next night we got back from town late and, knowing that it may be a futile effort, went hunting something to eat. Even thought it was a Saturday, we were sufficiently out in the countryside to find slim pickings. A quick search in Google Maps suggests that there were a few place to check, so we head to Roast to Go. Closed.

We returned to the Rushcutters to be told that the kitchen was closed, and that we should double back on ourselves and try the Indian Spice. We instead headed further along to the bar at the local hotel to find a wedding reception winding down and the kitchen closed.

Lastly we gamble on the pub furtherest from Hill House – the Bucks Inn. We walk in and ask if their kitchen is open. The lady behind the counter looks apologetic and says that it’s closed. I spy some chips and nuts behind the bar and start to order.

Seeing the depths that we’ve sunk to she brightens. Actually, she says, I’ve got some sausage rolls if you want some. My eyes lit up. Oooh! How much are they? A pound each. I get two for me and one for Ange and go back for a third. I don’t know if it’s the trek to find them or the relief at finding something, but they’re delicious!

The breakfast was where Hill House shone though. You’ve got to love a full English, and it’s always nice to be able to tweak the order, if like me, you’re not a fan of baked beans. We’re looking at the other things on offer (cereal etc) when we notice various newspaper stories in frames on the walls.

Upon further inspection, one of them turns out to be a notice of the sale of  the house and another a certificate of service in the Air Force presumably the host’s. When the food arrives it’s easy to detect the military demeanour in the host, and the breakfast continues the theme of the basics done well which seems to best sum up our stay at Hill House. 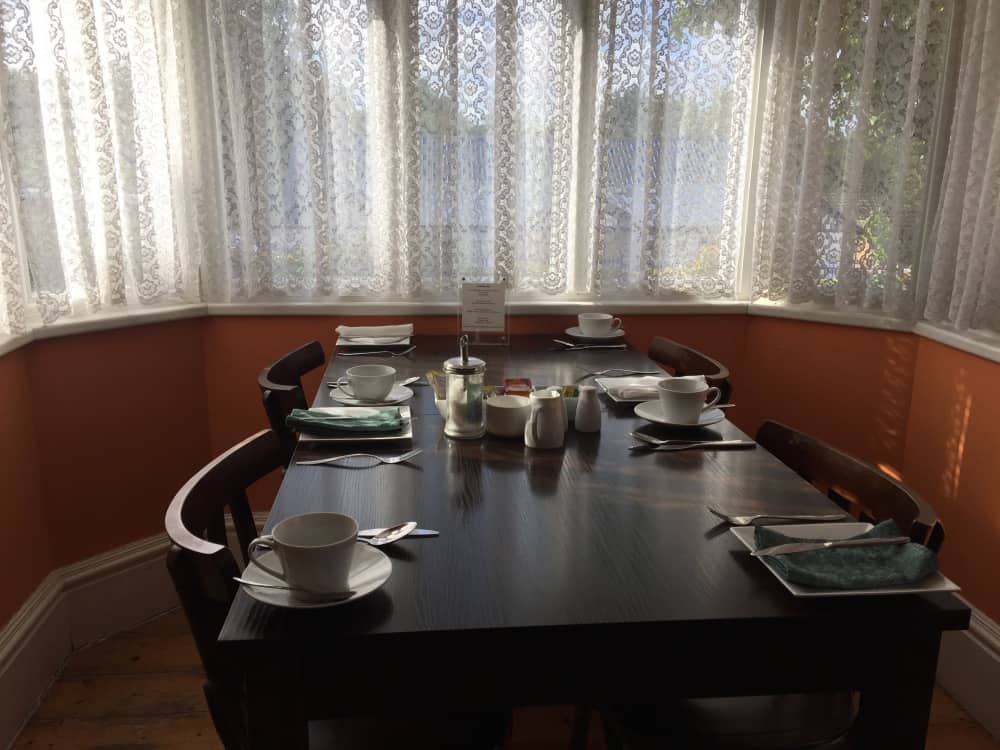 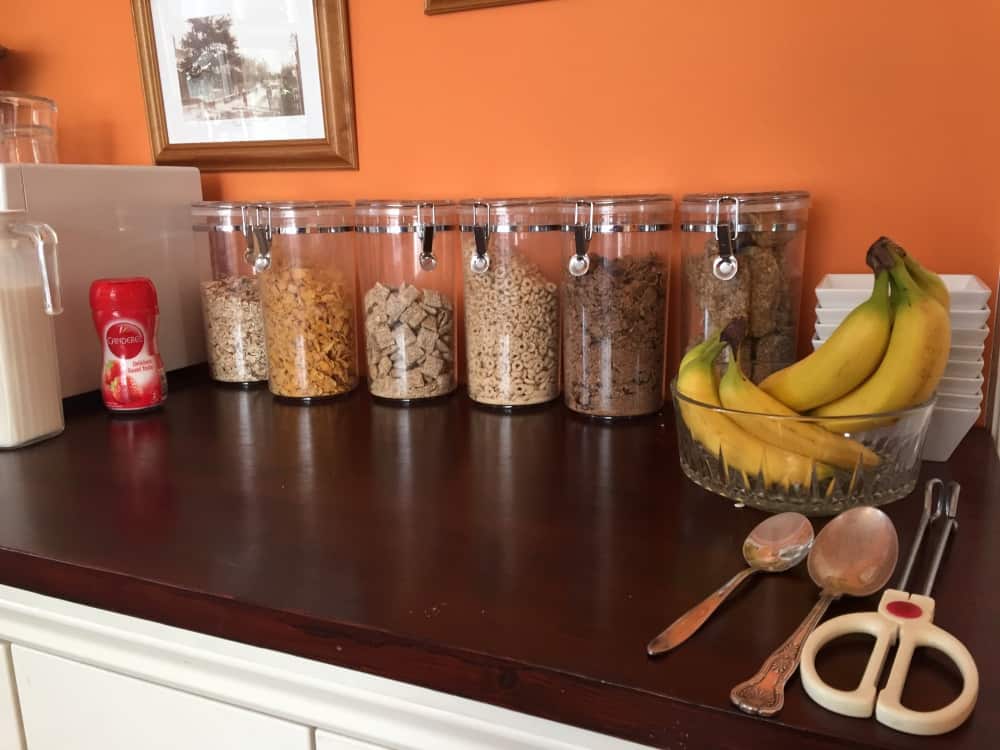 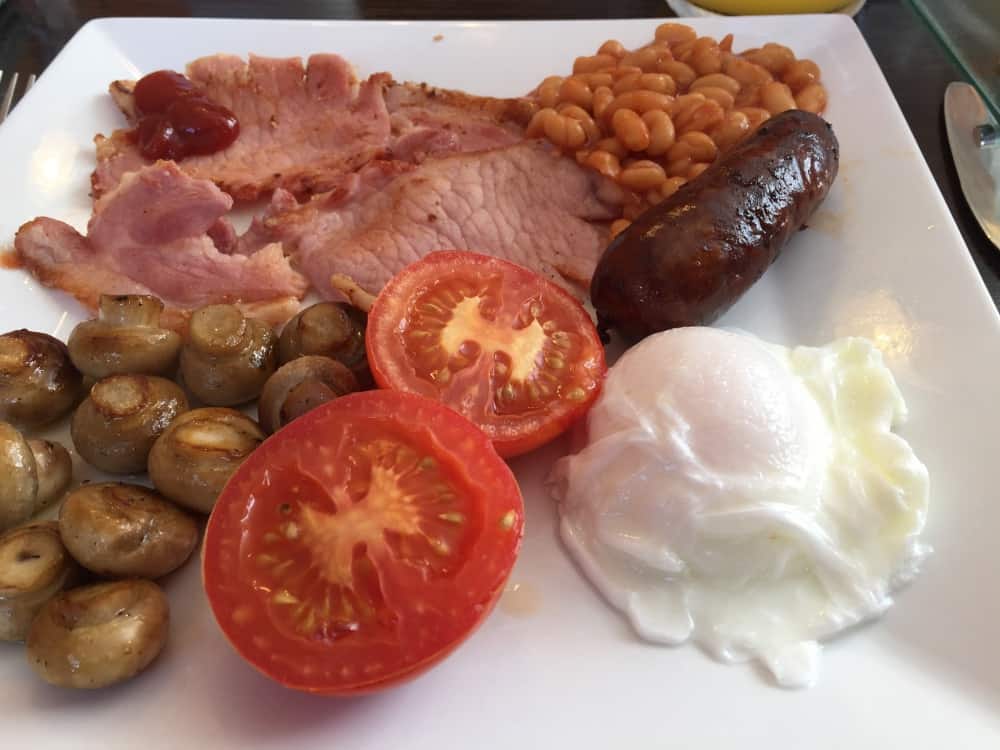 If I was just staying in Norwich then I don’t think I would: it’s just too far away from town. If I wanted to explore the Broads though, it would be very suitable. 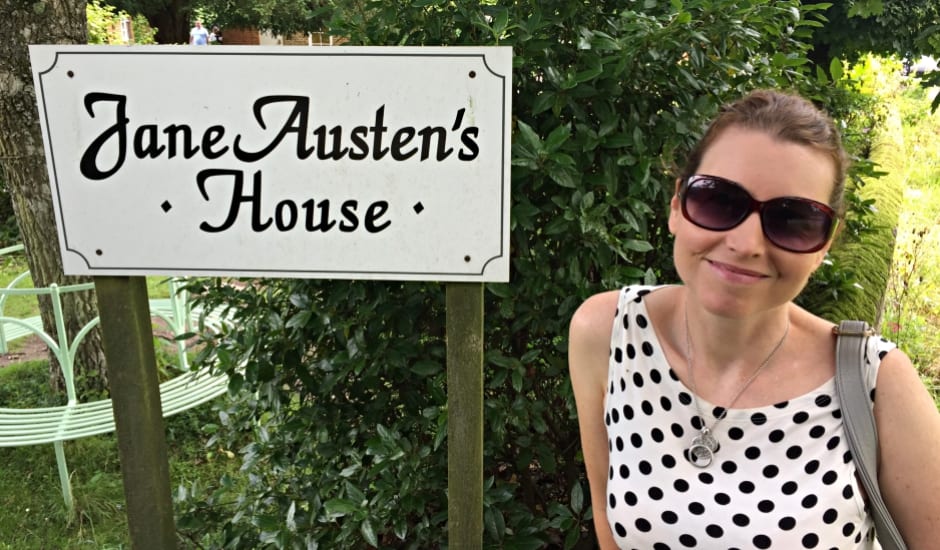