We’d been bouncing around the hotels near Edinburgh’s Haymarket Station while we tried to find a place to live in Edinburgh, and one of the hotels which frequently had the cheapest rooms was the Haymarket Hub. We’d been tempted each time and eventually our resolve broke down and so we booked in.

The cheapest of their rooms were the ones which were 11 square metres (110sqft) and had no windows. Now we’d had fantastic sleeps on our cruise of the Mediterranean in our cabin which had no windows and so I had high hopes for the quality of sleep we might be able to get with guaranteed no light.

I therefore had mixed emotions when we were told that our booking had been upgraded to a room with windows when we checked in. Never mind!

The hotel itself was literally across the road from the station – very hard to beat it in terms of location! An outside eating/smoking area was roped off from the pavement and beside the hotel was Platform 5, a Belhaven Pub (Scotland’s answer to Wetherspoon’s – think student/retiree clientele, deep-fried food).

Beside the reception desk was a small bar area with snacks, drinks and a menu promising breakfast fare, including porridge pots. After checking in, we made our way up to our room. The way to the lifts took us past a couple of stands full of brochures for various Edinburgh tourist attractions plus an enormous map of Scotland centred on Edinburgh of course!

The room itself felt like 11 square metres. It was tiny, and Ange and I had trouble timing when each of us moved around making for some contentious navigation.

Apart from the bed in the room there was very little space for anything else. A safe sat on the base of an exposed rack allowing for some clothes to be hung, but it was too short to accommodate any of my suit bags – jackets only.

An attempt had been made to be clever with the use of space: a fold out desk under the TV had a couple of power points allowing you to sit on the bed and do some work, and the bed side tables had a few shelves to hold your knick-knacks.

On one of the bed side tables was a Handy – a iPhone like device allowing you to use the Hotel’s data and minutes for phone and internet while you were out and about. No camera on it though, so it limited use for me!

The bathroom was… efficient. Toilet, sink and shower were almost on top of each other, but they somehow had White’s amenities and the luxury brand seemed a little incongruous in such a budget room. The shower had good pressure though, so hard to complain about that!

Across from the room was the station, and after the novelty of being so close rubbed off, we settled in. And started to realise that having windows brought some undisputed benefits – natural light, and additional place to put suitcases (the sills were very deep), it also brought an unexpected side effect. The walls weren’t very sound proof.

It wasn’t all negative though. On Friday night there was a steady stream of entertainment as drunken office workers made their way to their trains past waiting police and emergency workers who were there for the inevitable fist fights and altercations that you get after closing time. The night’s sleep was also difficult due to the strong glow of light from the TV’s standby indicator. This was alleviated somewhat by sticking a piece of cardboard to the TV using our earplugs.

In the morning we went down to see what our options were for breakfast. We stayed for a few days and so tried everything out at least once. The bar beside the check in desk had muffins, so one day Ange had those. A few days we had the porridge pots.

Now when you have a cheap hotel your expectations are kind of set quite low. But even then we were left a little disappointed by the preparation of the porridge. The worst we had was when a staff member just added hot water to the pots and handed it to us. It meant that the porridge was lumpy and we had to stir it ourselves (first world problems!). She also managed to dislodge a stack of coffee mugs from the top of the coffee machine so the porridge was made to the accompanying cacophony of ten ceramic cups smashing against the tiled floor.

But the best staff member turned out to be a young tall dude with a thick mass of hair who actually cared enough to stir the porridge while adding the hot water (you know, like the instructions say to do).

You can also order a la carte from the pub, which is what we did. The Big Breakfast for £8 was a cheaper solution than the buffet and I didn’t feel I was missing out. It had baked beans, bacon, sausage meat, black pudding, mushrooms, eggs, haggis, potato scones and toast.

We stayed at the Haymarket Hub again a different time, this time without the benefits of a free upgrade, and this time we were in one of the four rooms per floor which were without a window.

Again we had troubles with the glowing light from the TV, but again we were able to address the issue with a judicious application of earplug and cardboard.

We had to get some work done so set ourselves up in the room, but the internet, which had been intermittent at best the previous time, decided to totally cut out. Rather than dicker with the front desk, we set up a hot spot and continued working until the heat in the room made that impossible. We had been trying to get the AC working with no luck, so I trekked downstairs to see what could be done.

This was early afternoon, and upon reaching the reception desk I could sense tension in the air. There was one other customer at the desk and the manager (thin, tall, waistcoated) and another staff member behind the counter. The other staff member broke off from attending to the other customer (the manager continued) and asked me what the problem was.

I mentioned that the internet didn’t work and that the AC wasn’t on in the room. The manager stepped in at that stage and said that they would get in touch with the internet service provider to which the other guest snorted and asked why the manager believed him (meaning me) and not me (meaning him).

Obviously he’d had had less luck in reporting that the internet was down than I did. I also mentioned that the AC wasn’t working and the other staff member checked her computer and murmured that the temperature in the room was very high and said she’d change it. I looked at her askance and let her know that we’d been trying to get the AC working to which she responded that the change might take a little while to come into effect. Meaning, go away.

I went back to report to Ange and we waited 15 minutes for the temperature to change before heading down and working from the reception area. I was upset. There are a few hygiene factors for hotels for me – one is free Wifi, the other is a comfortable temperature. The Hub was failing us in both.

I had to go out to a meeting a little later and Ange took over dealing with them for the AC and Wifi issues. When I got back she mentioned that they had to move our booking to another room because the AC was finally recognised as being broken and that the Wifi had eventually come back on. I asked who had helped her on the front desk and she told me that it was the same floppy haired young guy who had bothered to follow the instructions on the porridge pots. Well at least one of them knew what customer service was!

Because the Haymarket Hub has neither restaurant or cooking facilities, we ended up eating out a lot and got to know a lot of the eateries nearby. The obvious choice of the pub next door had your standard pub classics, while the M&S across the road at the station took care of lunch with a £5 meal deal.

Two other restaurants are worth mentioning – Chop Chop and Vietnam House. When we’d gone to Chop Chop I had overheard the owner on the phone explaining how they didn’t prepare the British Chinese food, and that it was more traditional in style. I should have taken that as a warning because neither Ange nor I enjoyed our meals – the lemon chicken was a gluggy mess and the stir fried chicken tasted like rubbery strips. The rice was good however.

Vietnam House was great though: attentive staff who gave great service plus really fresh and healthy food served quickly and cheaply. All in a unpreposing restaurant come art gallery. Very hard to fault.

I would have thought that I would. That the price would make up for the bad Wifi and the tiny tiny rooms. But after staying there a few times we decided that a sharp price definitely doesn’t make up for those elements of the stay. So I would have to say I’d stay somewhere else. You truly can not fault the Hub for its location though! 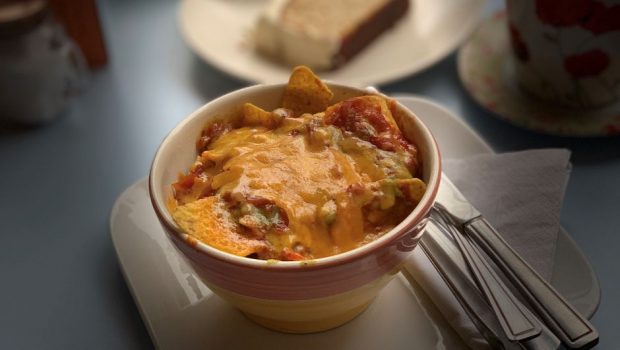 Eating Our Way Across Edinburgh 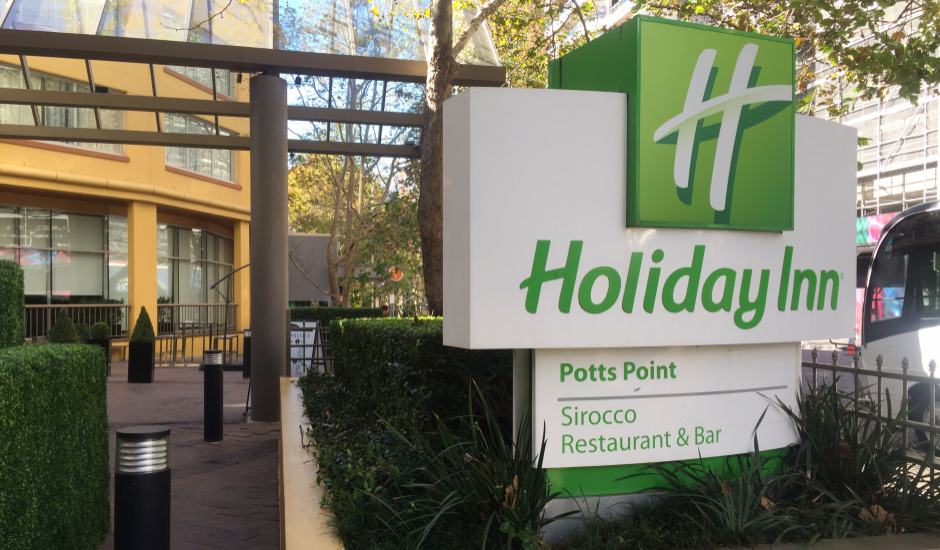