Our bus from our day excursion was fifteen minutes late, and while the driver gamely tried to make up time on the country lanes, we were still half an hour late to our appointment at the Chapel Spa.

But we had booked by phone already and they had charged us then and there so we knew our slot should be safe.  We could have gotten an hour in the Arabian Rasul getting covered in mud, but elected instead for three hours for £35 each.

Unsurprisingly, the Chapel spa is situated in an old chapel which has been repurposed to revitalise the body instead of the soul.

We were greeted by name as we entered and were led into a lovely lounging area with comfortable couches and assorted magazines while we filled in out forms absolving the spa of any responsibilities for injury and assuring them that I wasn’t pregnant. Standard sort of thing really. 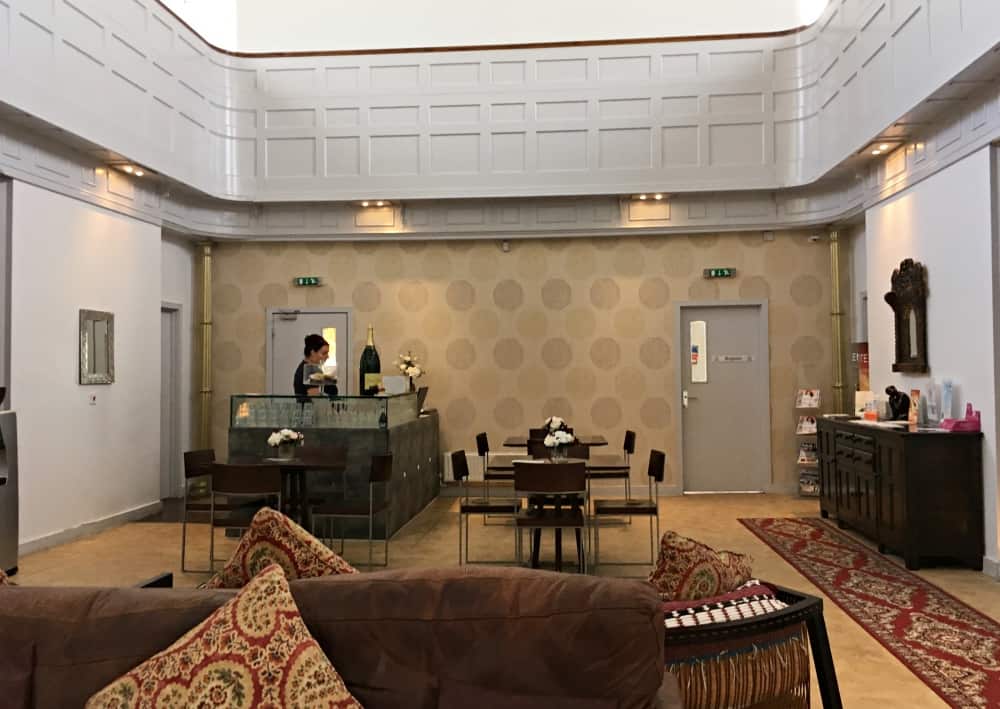 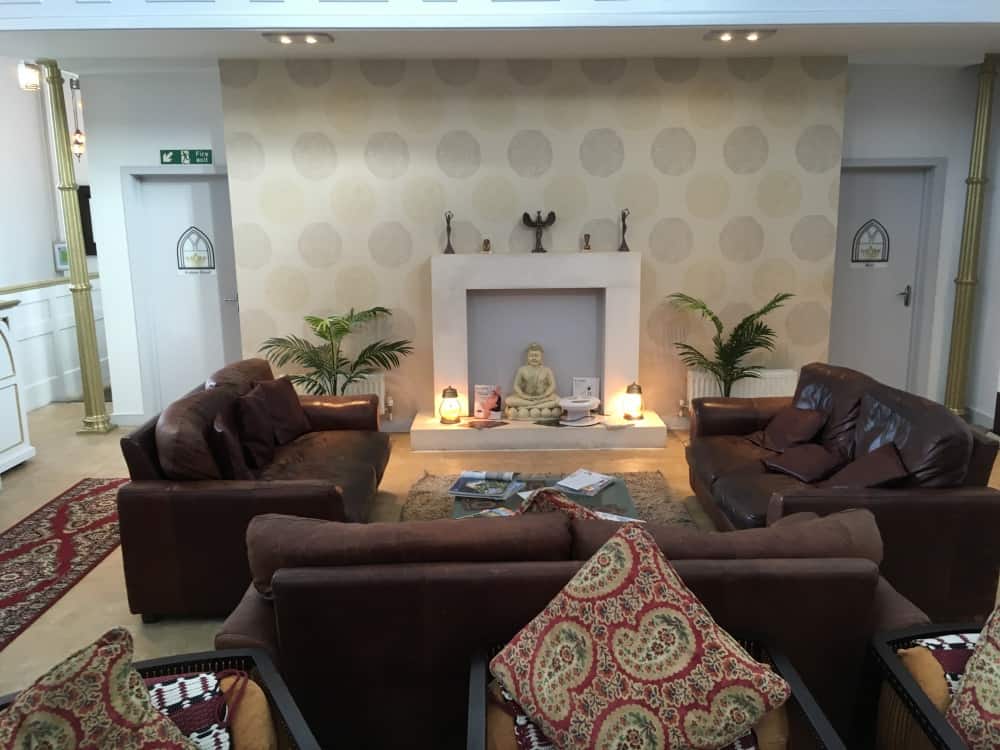 Then we we were lead into the basement, there was a gym well equipped off to our left, but it’s the main area that holds attention. 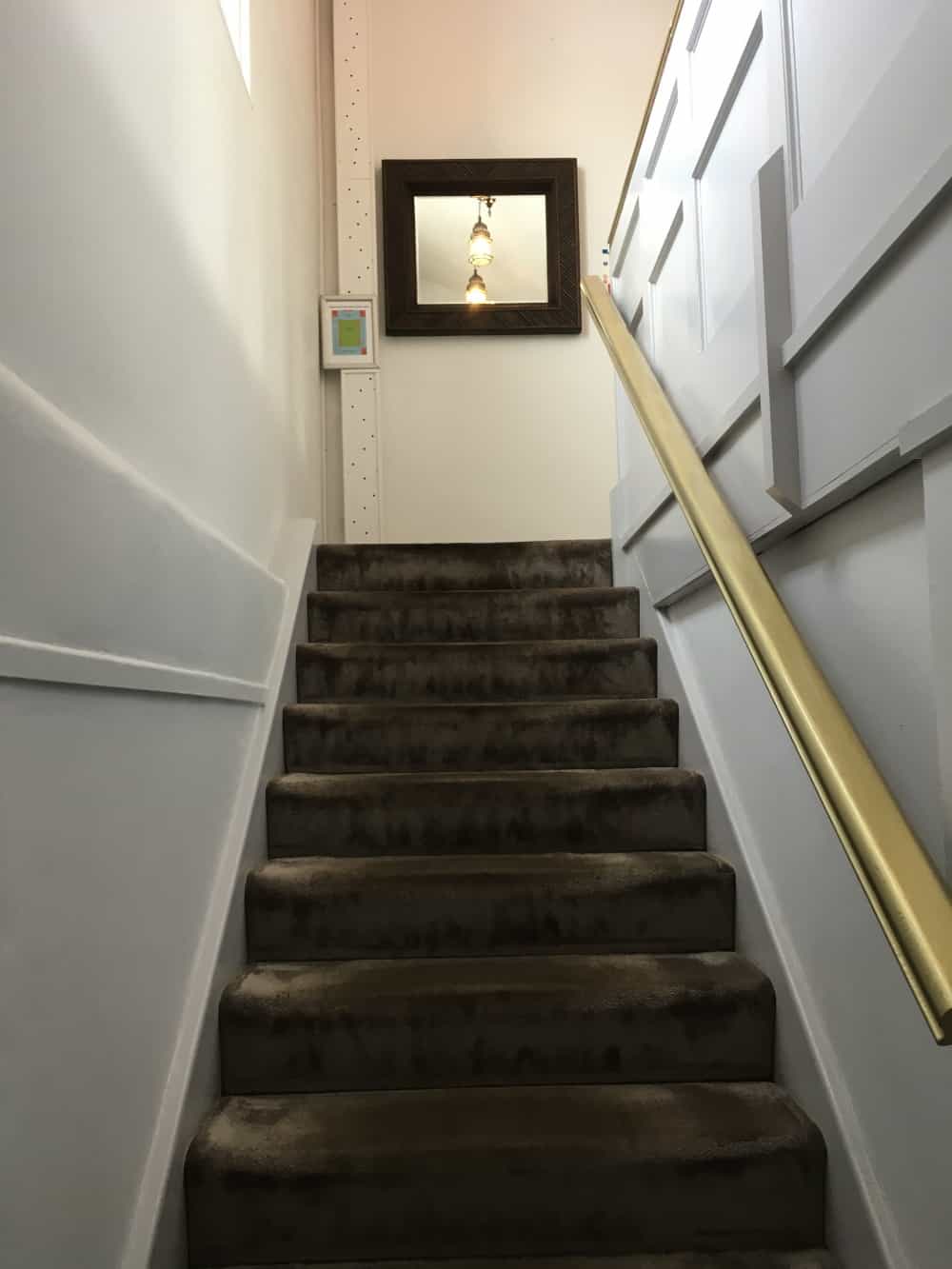 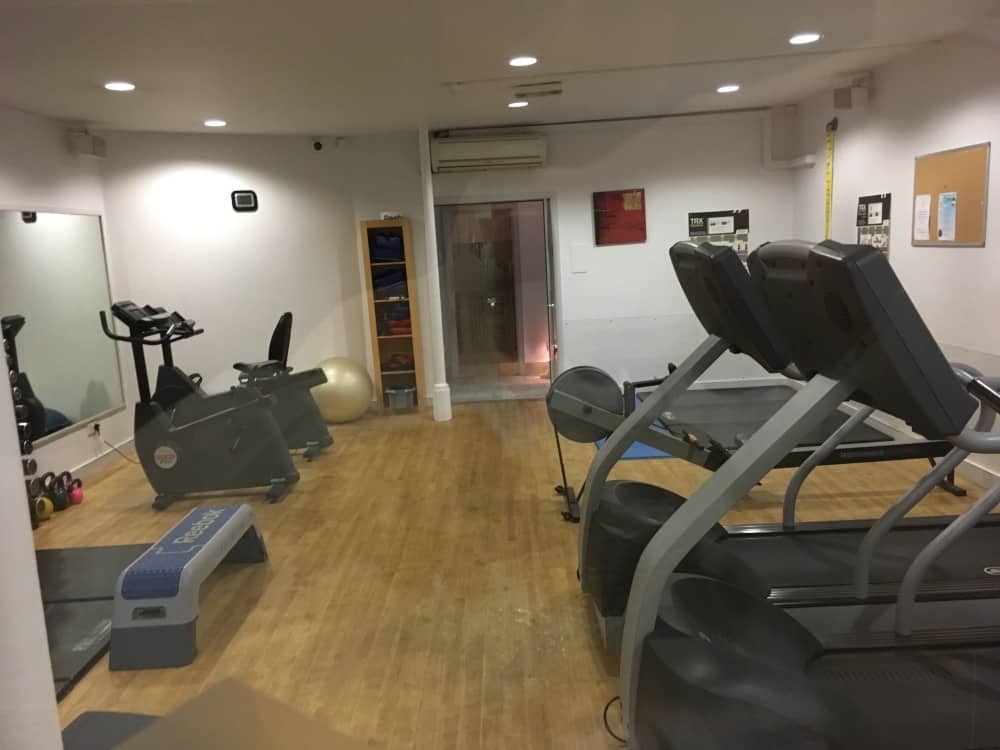 A hydrotherapy pool dominates the room, surrounded by a good smattering of recliners. 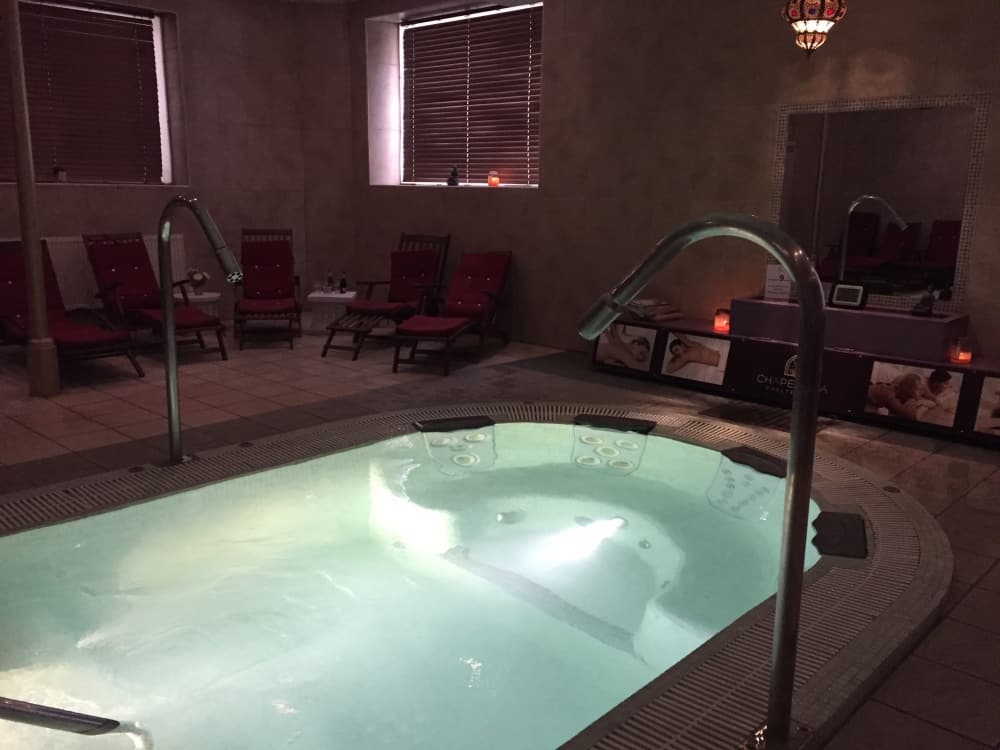 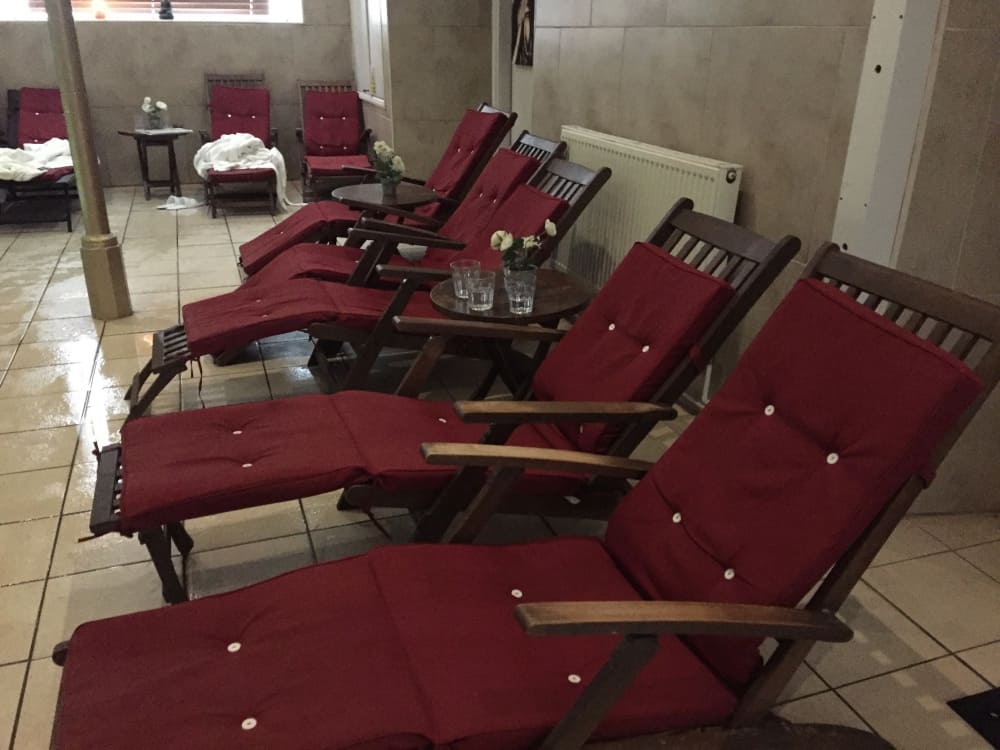 The chapel isn’t attached to a hotel so they don’t get the captive market that might entail, so everyone there has paid for the privilege. There are more people there than I would have thought would be on a Saturday afternoon, two pairs of ladies and another couple, all 25-40. 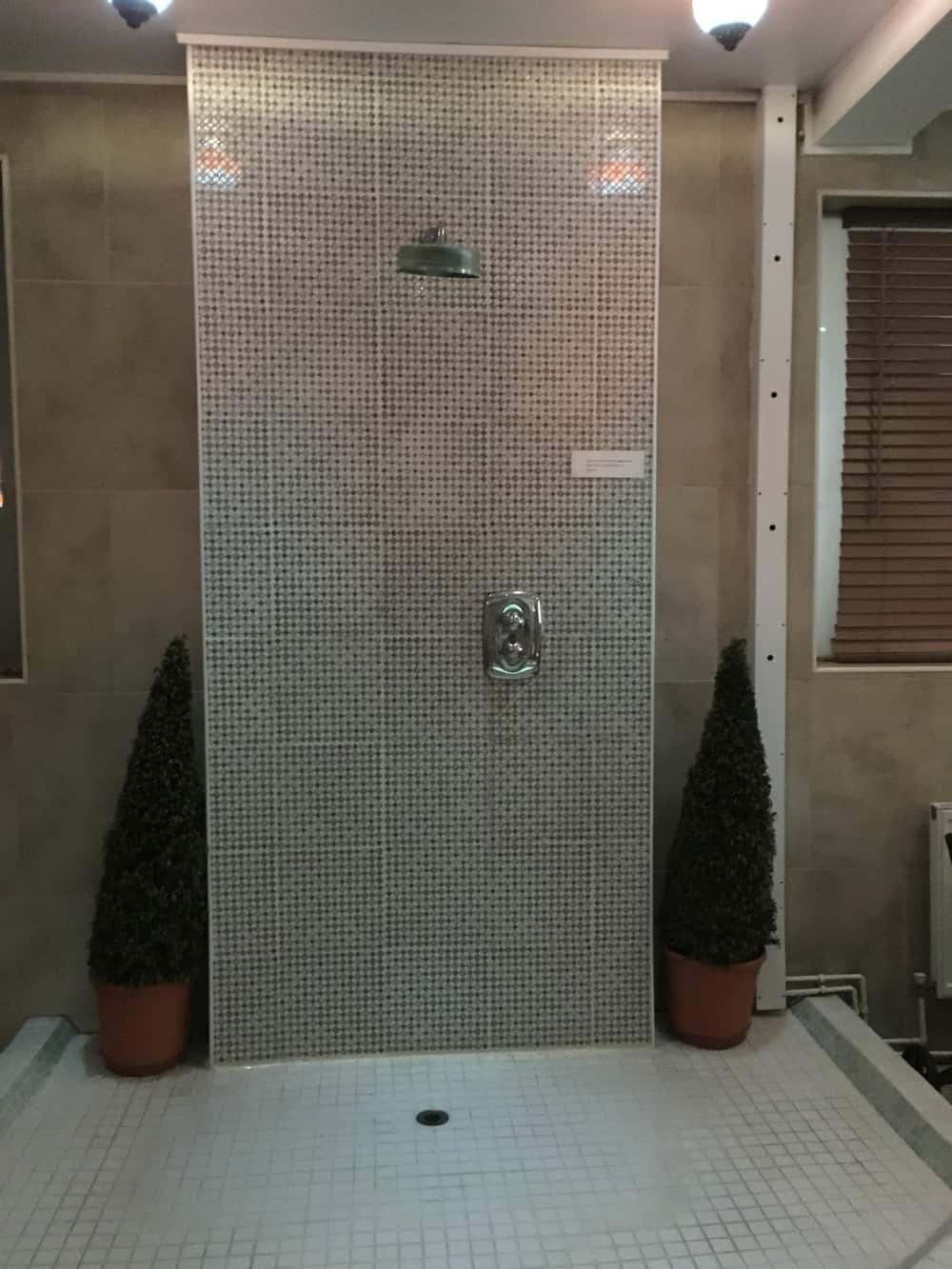 An open shower along one wall is matched opposite the entrance to the steam room and off the lounge in the floor above was the Arabian Rasul, along with four treatment rooms. And in terms of facilities, that’s it, apart from a drinks station. Doesn’t sound much on paper but on closer examination there’s more than meets the eye.

The pool has a pair of six barrelled jets raised above the surface, and individual buttons turn them on separately. The force that the water gushes out acts like a masseuse, and with minimal movement you can get it to play up and down your back and neck and head. Delicious! If you stand just so, you can get both jets to play on different sides of your body. Decadence! 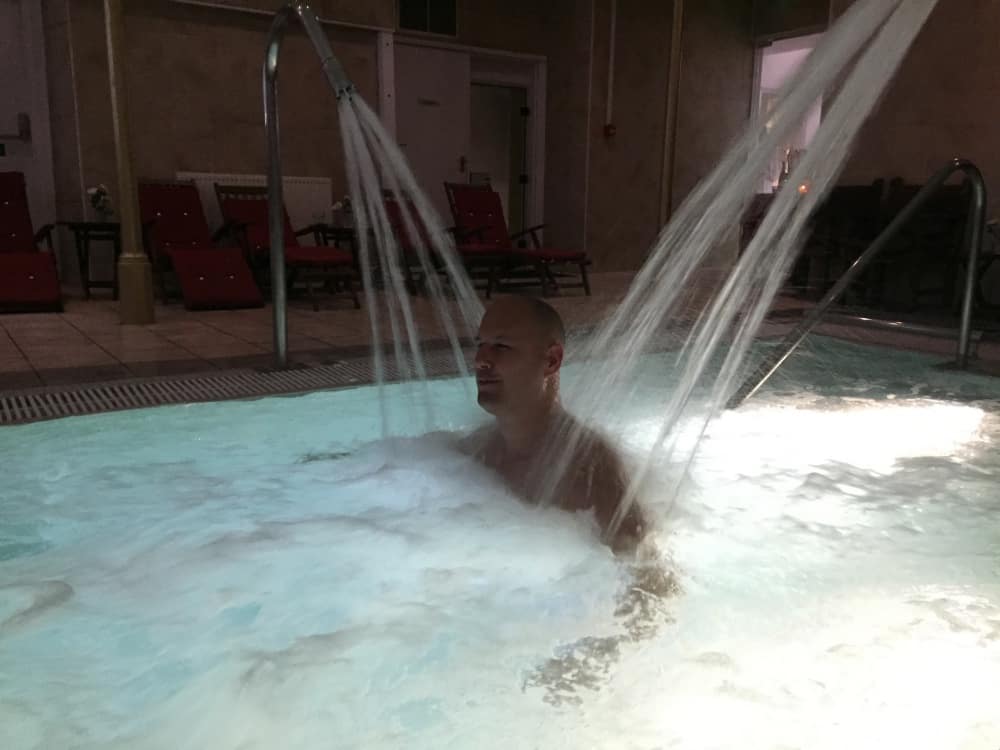 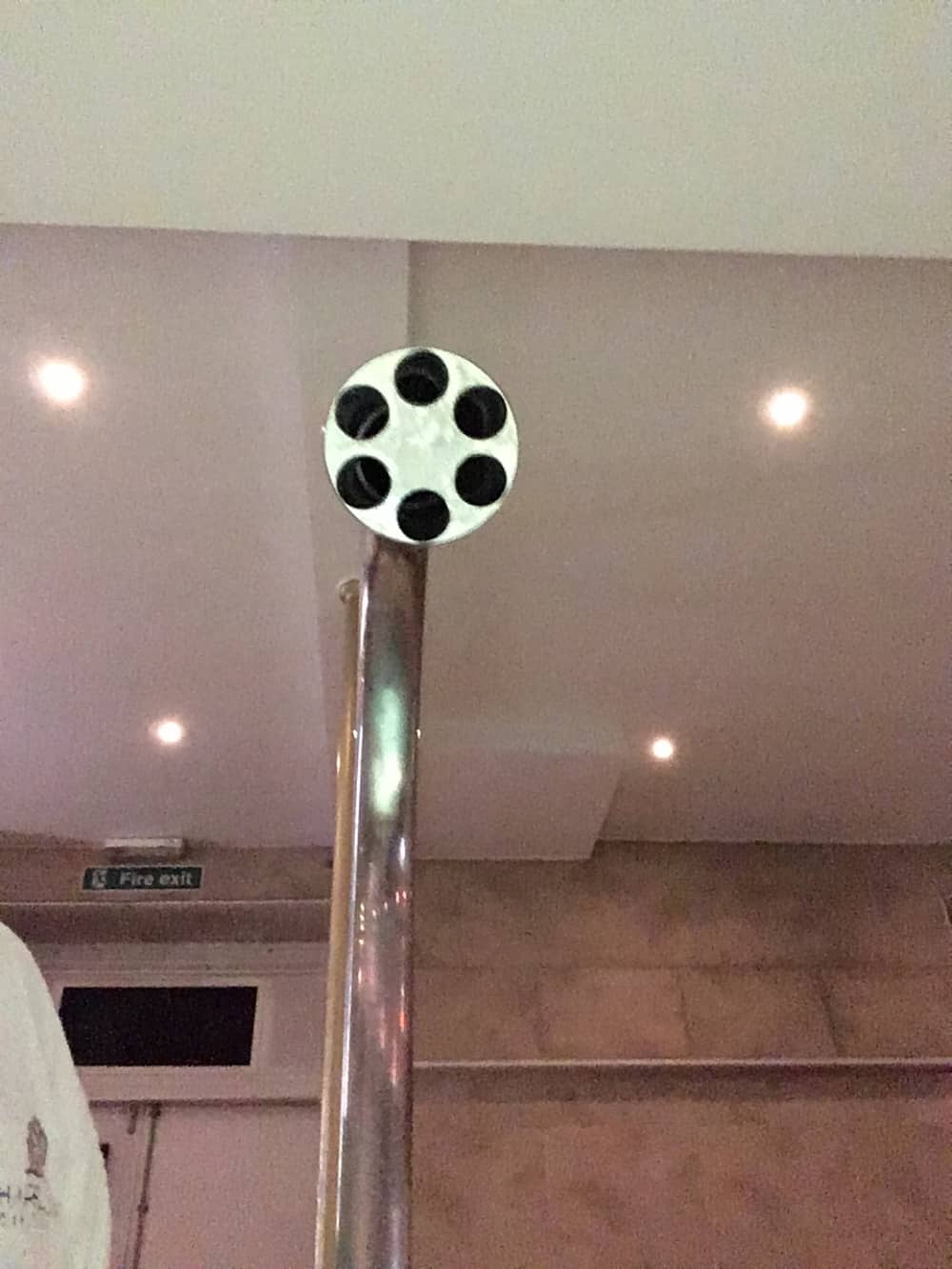 The jets are in the middle of the rectangular pool and at the rounded end are four seats. Each seat in the pool has a different set of jets under the surface: my favourite is the third one which has narrow jets massaging the lumbar area.

The entrance to the pool is between two bed like undulations allowing you to lay comfortably under the water. I notice nodules dotted on the surface of the bed and decide that they are to stop you slipping off the bed. I’m proved wrong when Ange finds the button which transforms the nodules into jets of water.

The buttons which operate the jets in the pool are almost hidden on the floor outside the pool, within arms reach when you’re inside, but still needing a bit of thumb pressure to operate.

The last jet we get working is a big one right in the centre of the pool. I think that one is just to agitate the water as there’s nowhere for anyone to sit in the centre. Or it might be for the person with the two massagers. Either way the various jets make the pool a fine feature of the spa. A sign on the wall indicates that there’s a limit of 9 people at any one time which feels about right. There is a drink station beside the entrance with iced water in a pair of tureens. Alongside the tureens are a smattering of magazines with plastic covers to protect the covers from wet fingers. There are a good number of loungers and a stone  Buddha watches from one end of the room, a little incongruous in the basement of a chapel. The steam room is a good size and like with all steam rooms it feels a lot hotter than the equivalent temperature sauna. It certainly helps with any lung ailments. The chapel closes at 6pm, so as our session expires, we head to the changing rooms. The men’s at least is well appointed with showers and lockers and hair dryers and has lovely little touches like cotton buds for getting the water out of your ears and some black soap (plus instructions for its use). Ange also took some photos of the women’s changing area. 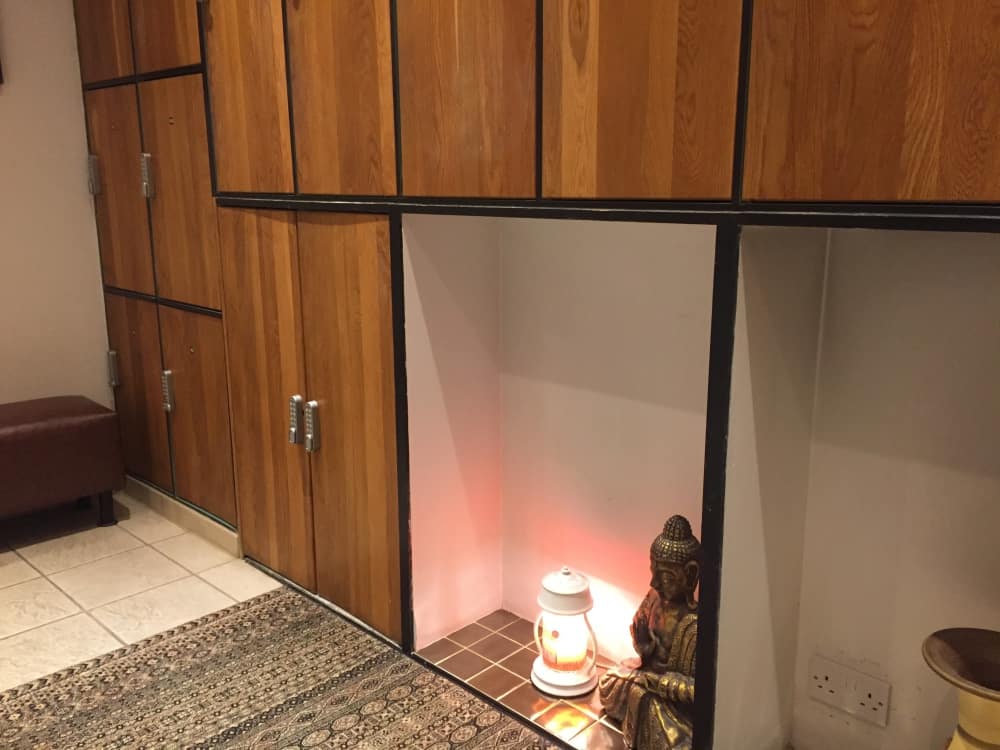 All in all a lovely spa with good facilities. For our £35 we got a full three hour session and the staff went out of their way to make us feel welcome. Upstairs they offer the usual beauty treatments as well as massages and the black soap treatments. Maybe next time!