Bletchley Park is seen by some as the birthplace of modern computing. It was the home of the Allied forces attempts to break the German codes during World War II.

It’s about an hour north of London by train and we found out that it’s possible to get 2 for 1 tickets by printing a voucher from the Greater Anglia site, saving a cool £17.75. At £16 each for return tickets on the train, without the voucher the day would have started looking a little too expensive, so I was glad we found the discount. 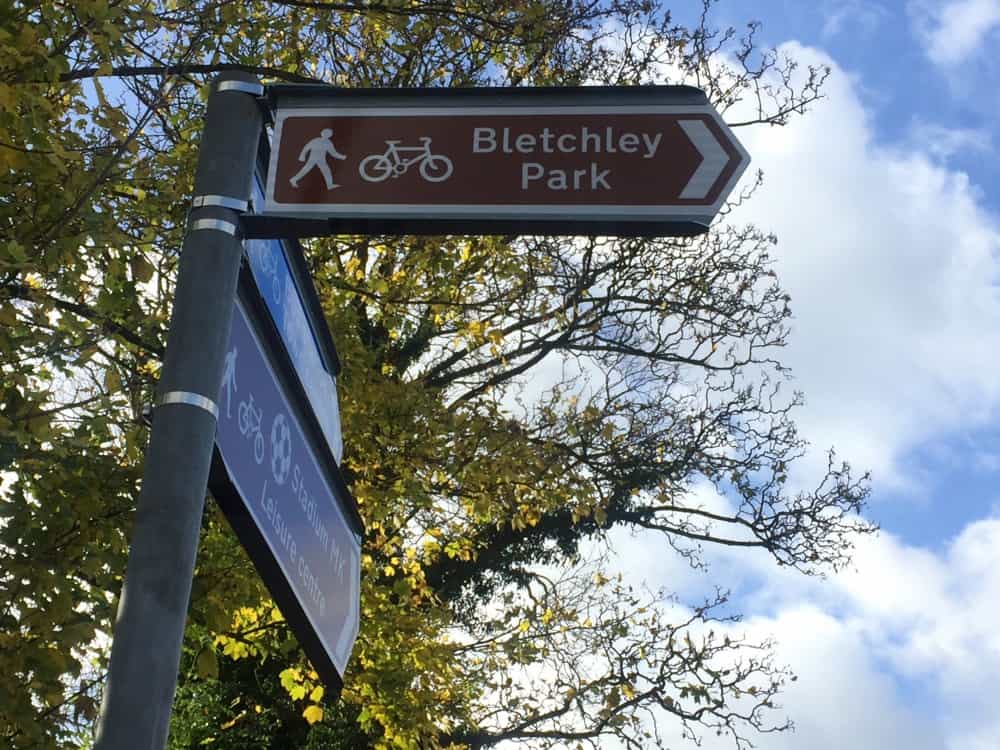 I’d talked with people about how long to spend on site and the consensus was 3 hours. I’m normally a bit quicker than that through museums, but in this case we really could have spent another couple of hours – there’s that much to see. The museum itself is a short walk from the train station and it was pretty cool to finally visit the location depicted in film (The Imitation Game, Enigma), and in my favourite book The Cryptonomicon. 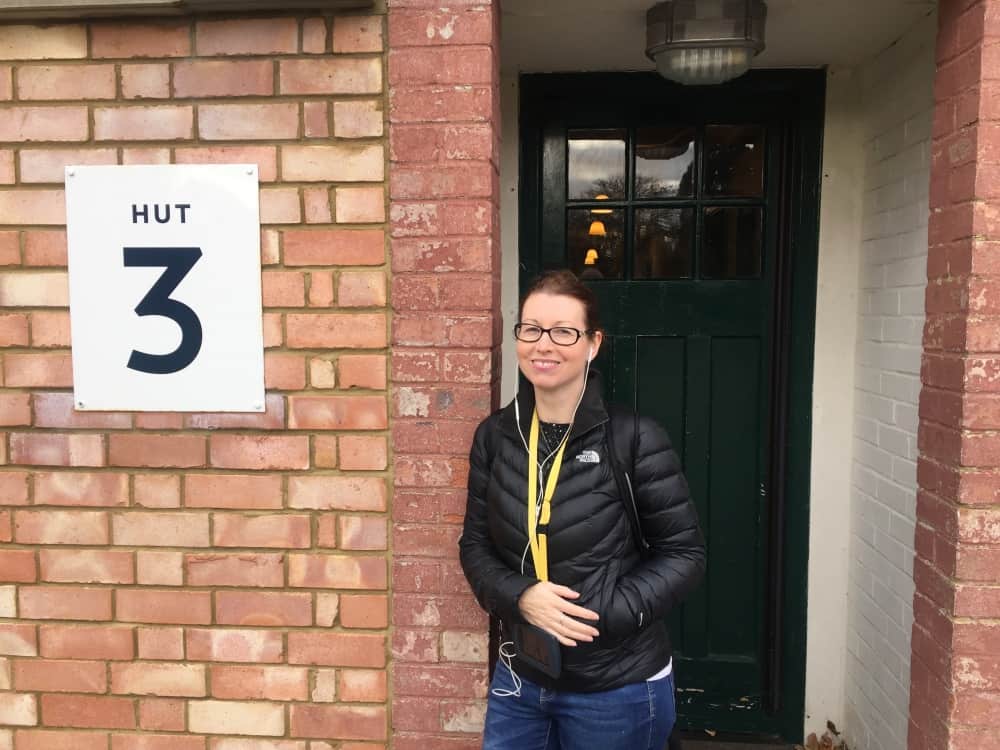 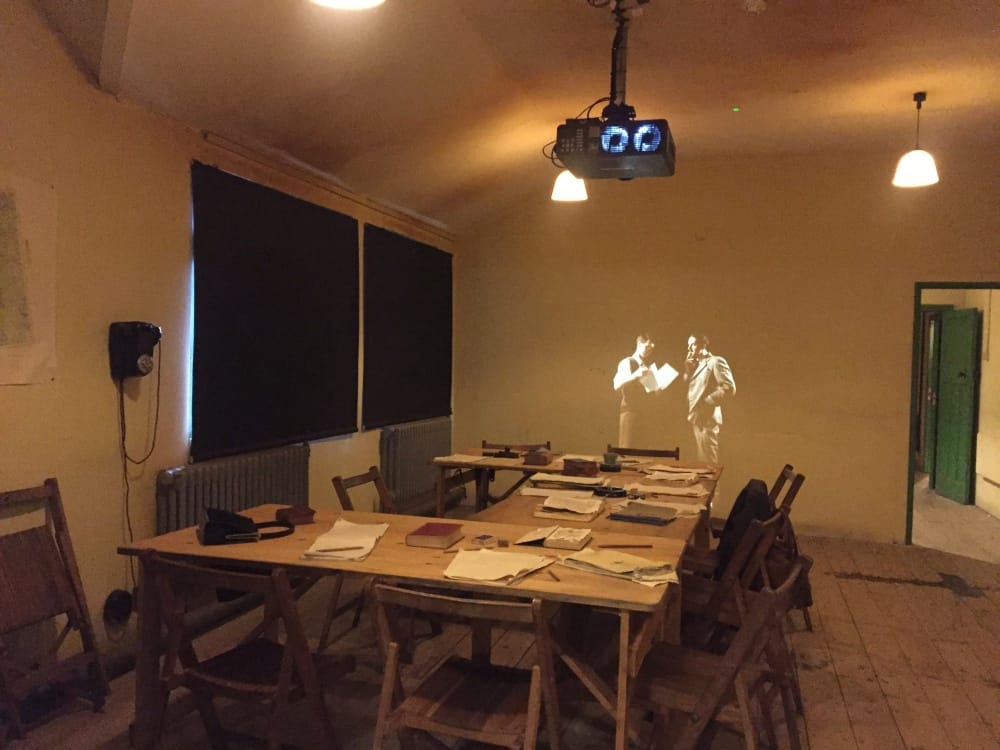 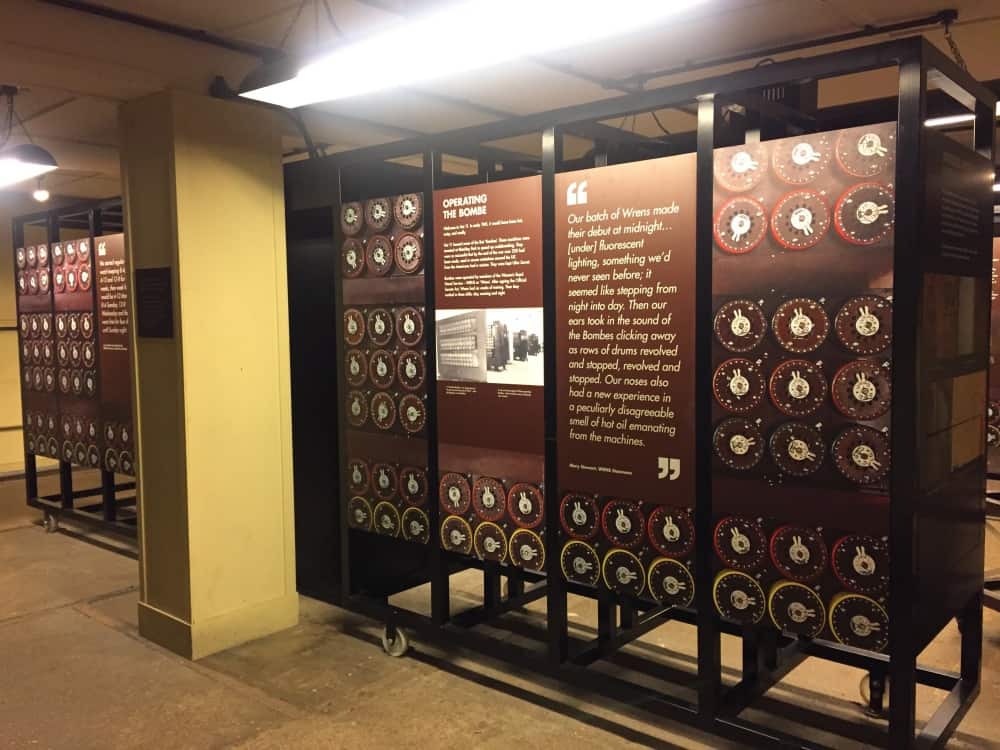 Each of the huts is decked out in period furnishings and various interactive displays walk you through some of the techniques that the code-breakers used, but for me the highlight was the demonstration of the replica Turing Bombe Machine in Block B. 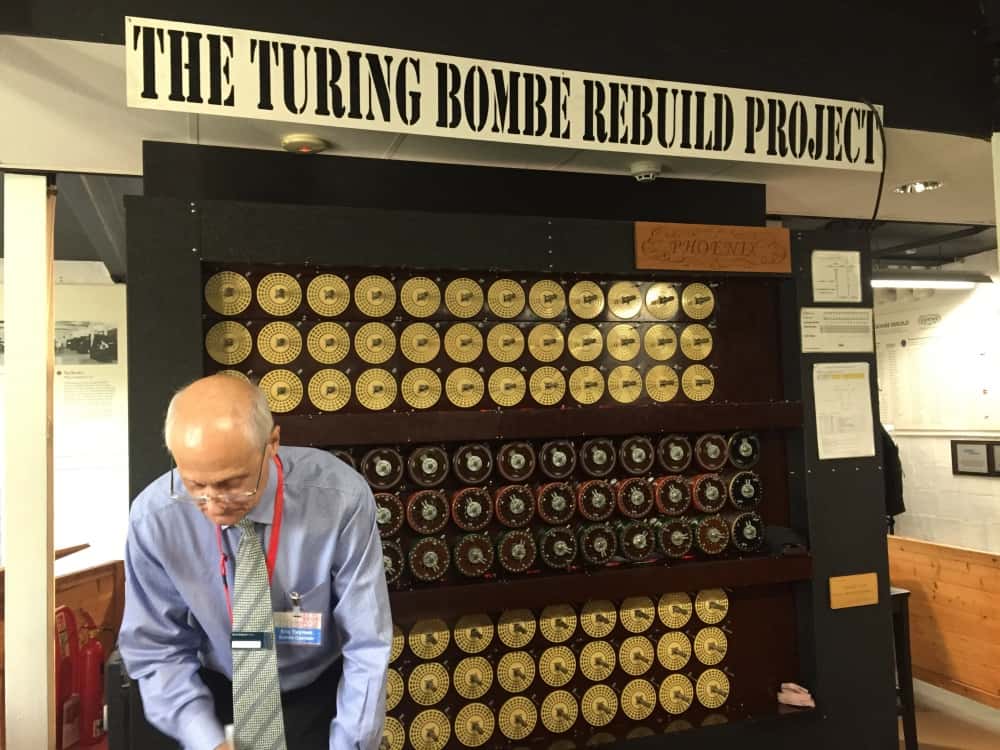 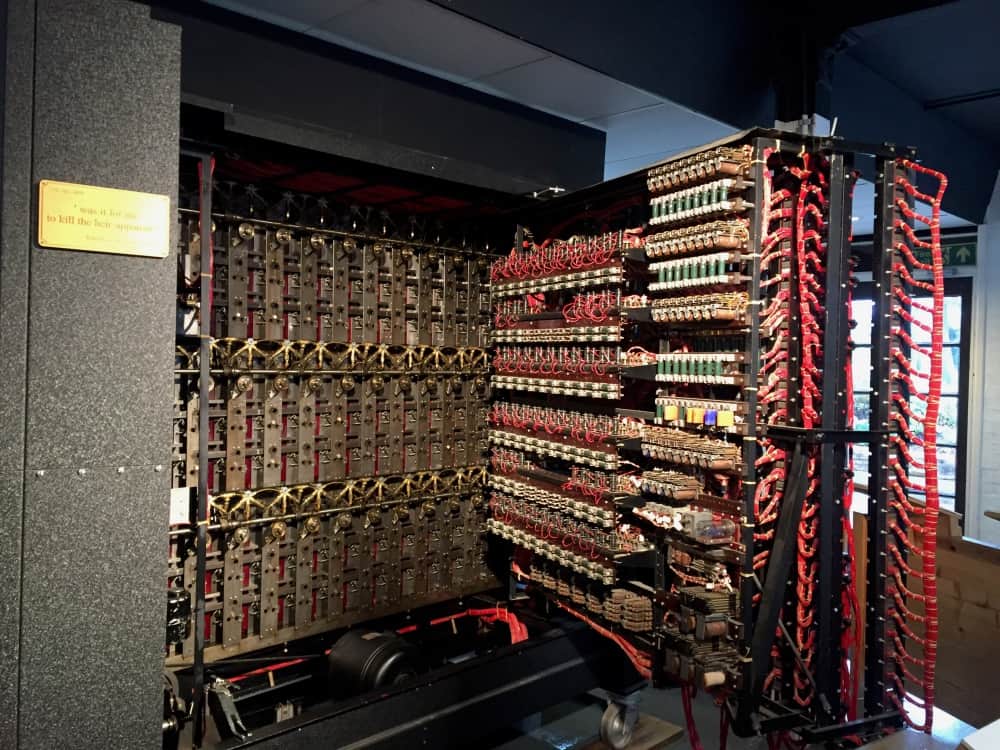 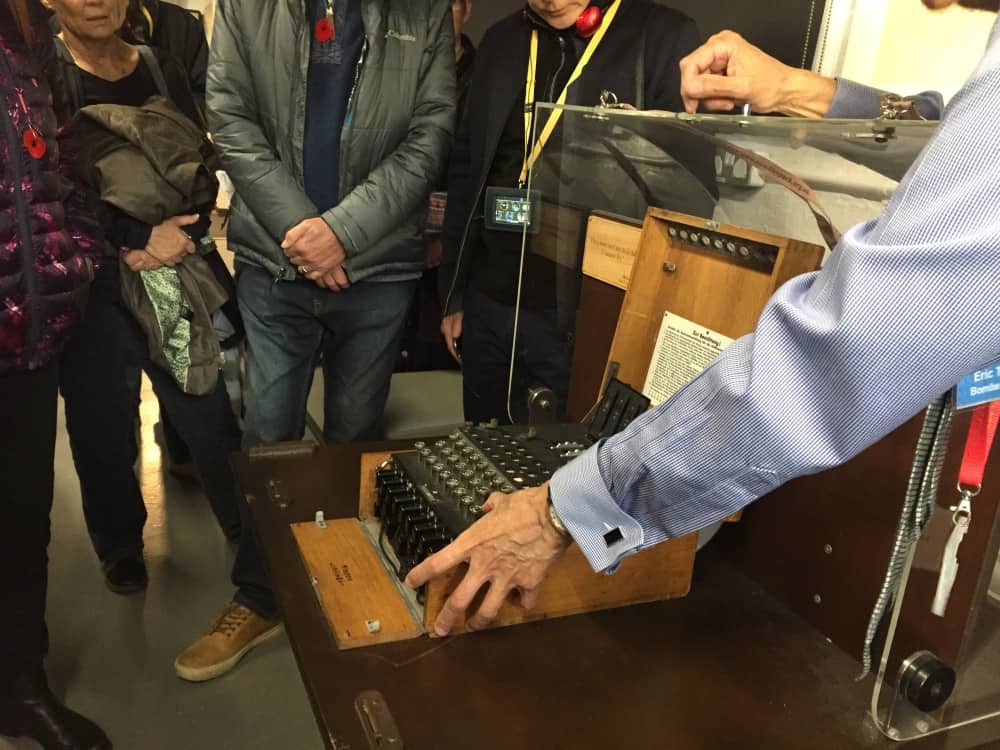 This is a painstakingly created device which ticks through all the different combinations of settings at a much faster speed to crack Enigma’s coded messages. Enigma (seen here above) was the machine the Germans used to send the coded messages, and with over 150 million million million combinations for each message, without the Turing Bombe there was really no hope of decoding the messages.

The second highlight for me was the letter of apology issued by the UK government in 2009 for the way Alan Turing was treated in 1952 when it was discovered that he was a homosexual. Back in those days homosexuality was illegal and his arrest and conviction are rightly seen as shameful now. 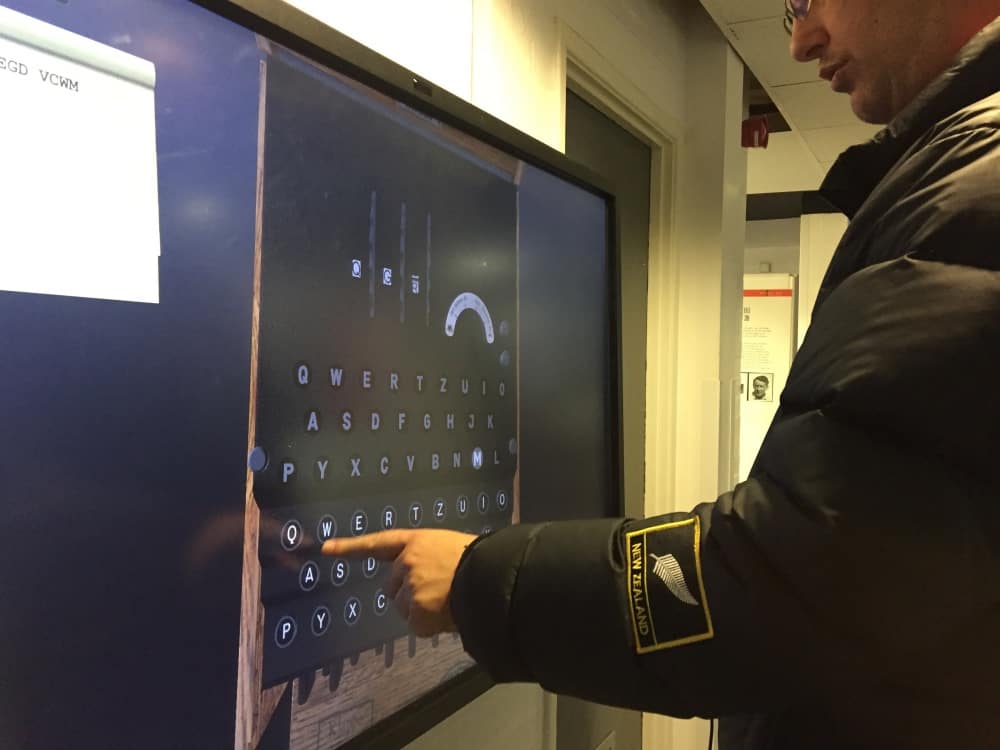 The exhibits are well supported with plenty to read and chances to test your own codebreaking skills, which makes the audio guide a little superfluous. You pretty much have to choose one or the other as the sheer volume of information threatens to overwhelm.

We ended up just reading the displays – as I say, should you try to get everything from the experience you really need a whole day at least. The good news is that the tickets are good for a whole year. Also nearby, but requiring a different ticket, is the Museum of Computing which I can’t comment on as we didn’t have time to that as well as Bletchley Park.

All in all, a thoroughly enjoyable day was spent at Bletchley Park – very glad we went. 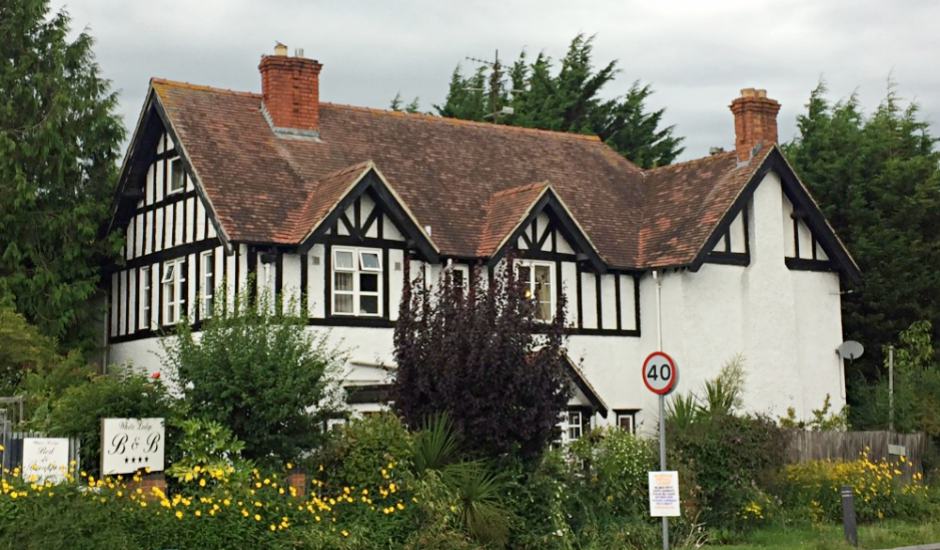 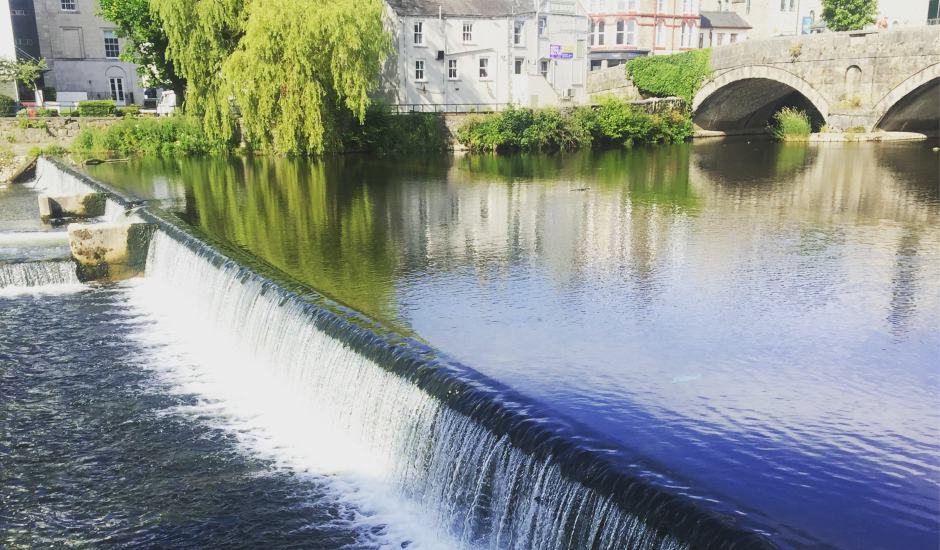