The Temple of Heaven is a World Heritage Site and is an impressive chunk of greenery in the middle of Beijing. It has an interesting history but for me the most interesting part of it is how the modern Chinese use it as a celebration of their individual pastimes. Almost like a recruiting drive.

We entered through the south gate and the place is awash with various groups of people doing Tai Chi, painting kanji on the paving stones with water and playing a badminton-like game. Throughout the extensive parklands outside the Temple proper, there were groups singing, stretching and playing all manner of games from Go to chess to Mah Jong. It gave a truly vibrant insight into the life of today’s 21.5 million Beijing residents. 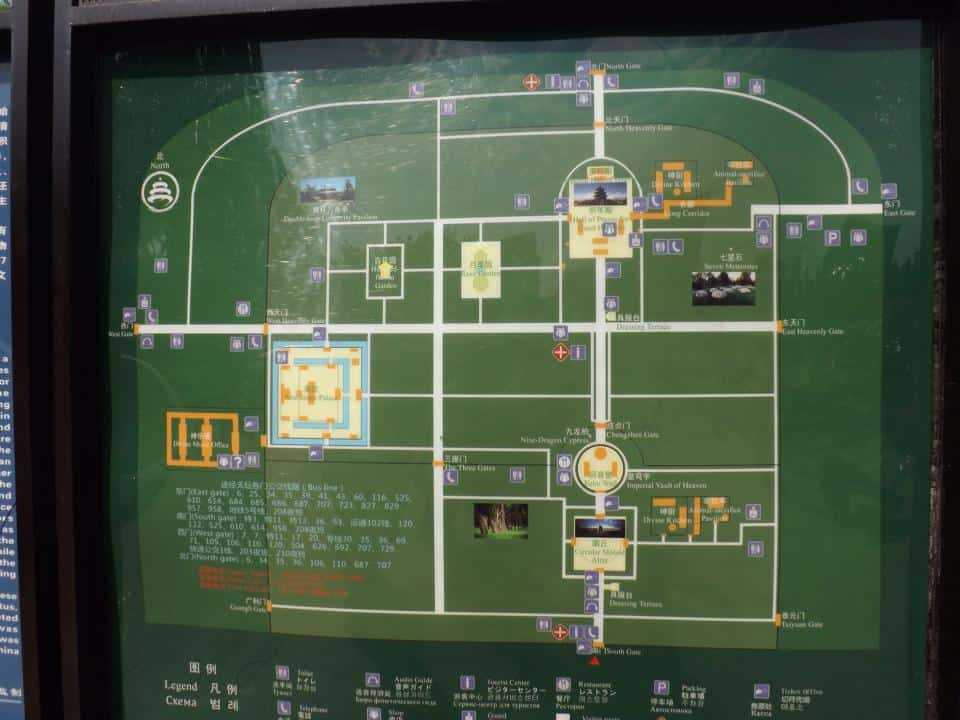 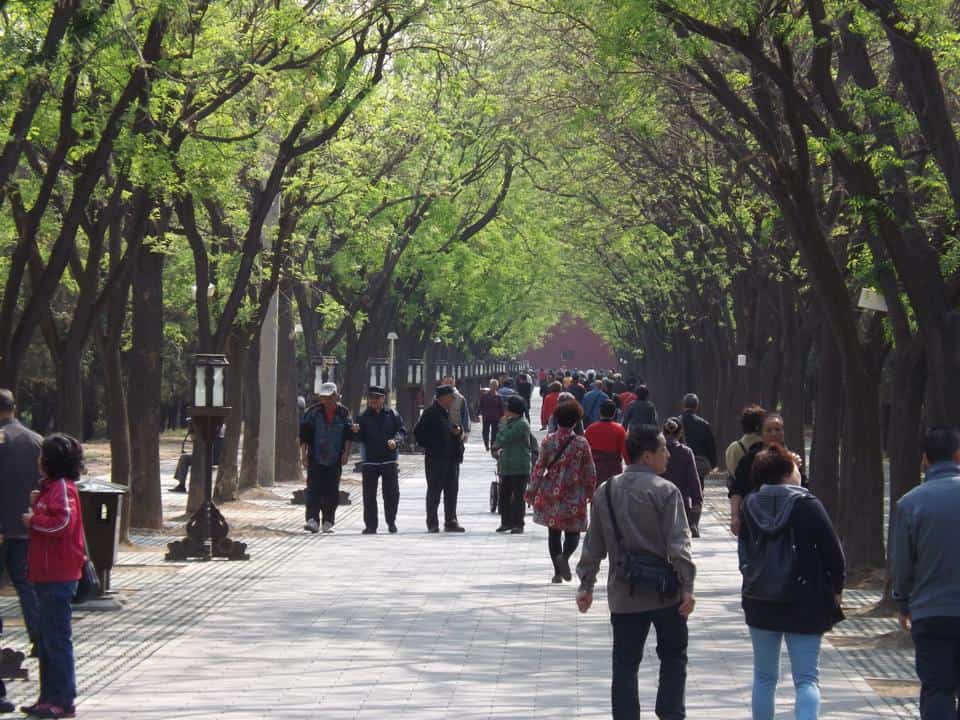 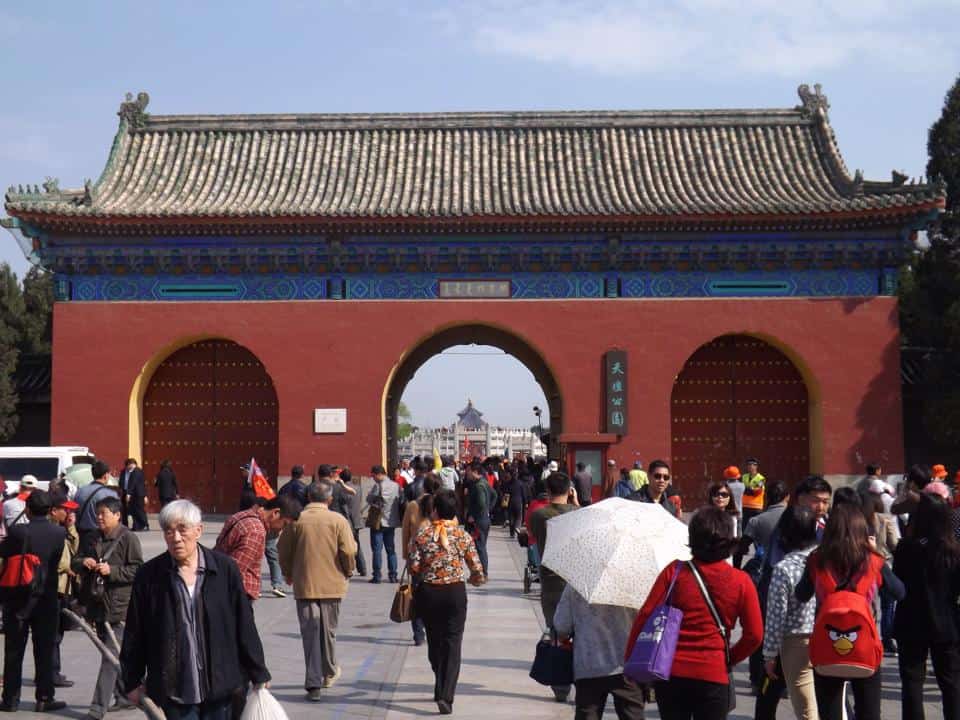 That’s in sharp contrast to the actual interior of the Temple proper. By all accounts it’s an influential piece of architecture and a fascinating historical location, but compared to the vibrancy of the scenes outside it leaves me feeling empty, as if this is the ghost town and just outside the walls lives and breathes the real Beijing. 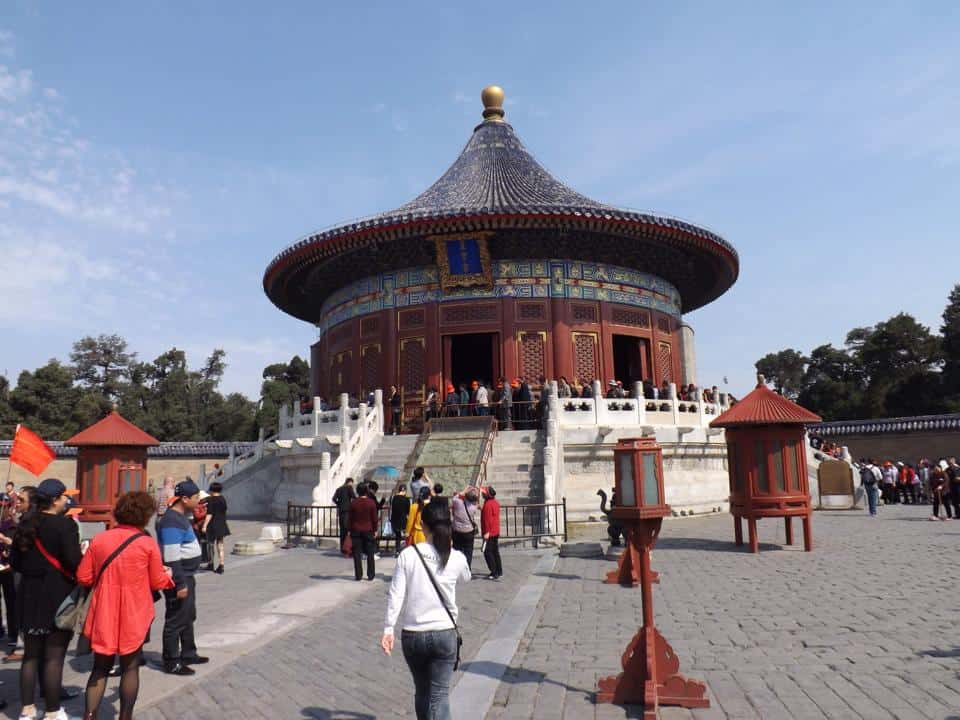 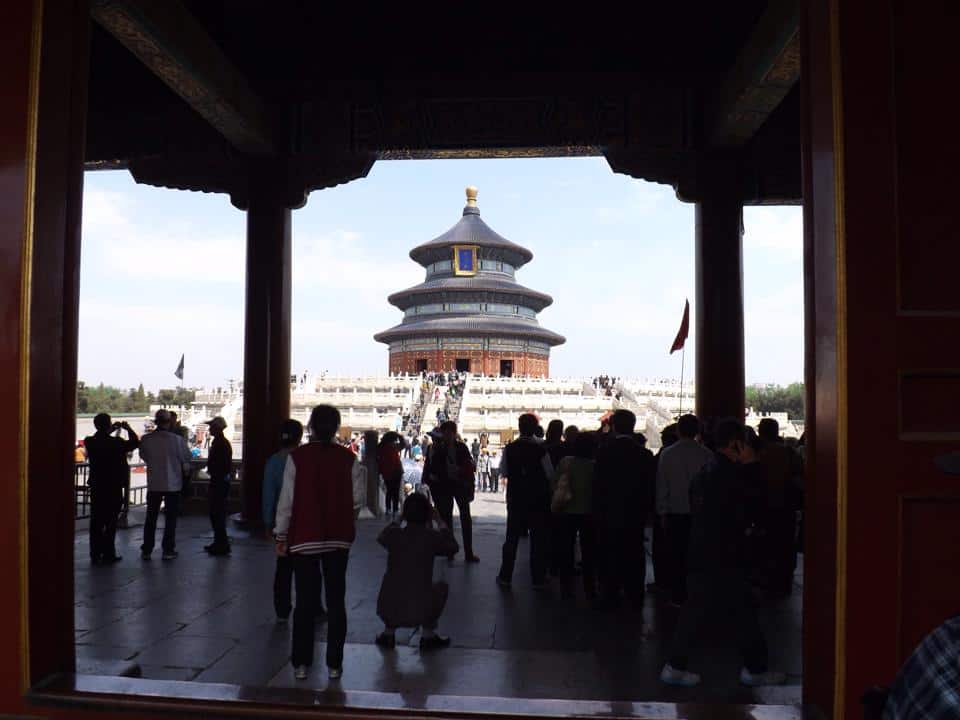 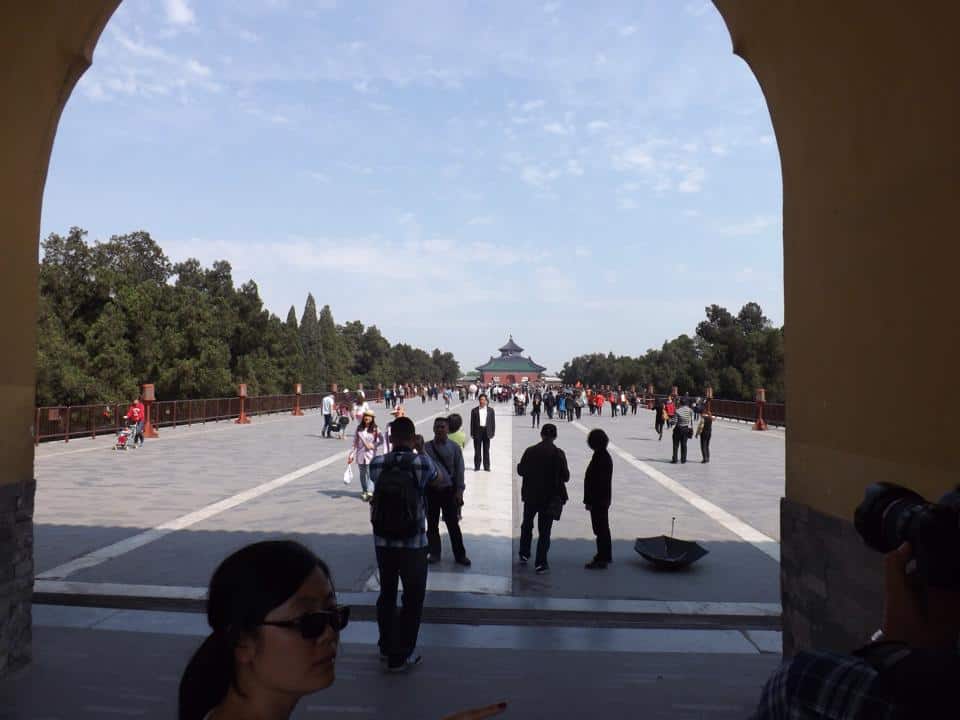 Hutongs are narrow streets or alleys surrounding traditional houses with a central courtyard. As Beijing has grown, neighbourhoods in this style have been bulldozed. Attempts to protect them are in place and we have a rickshaw tour arranged through one section. 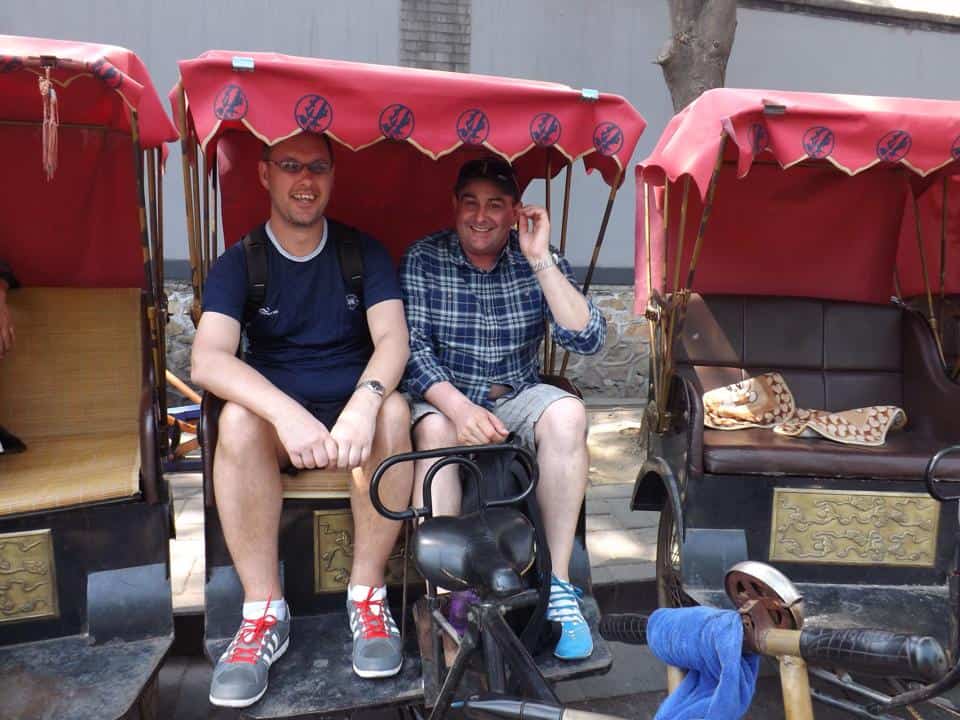 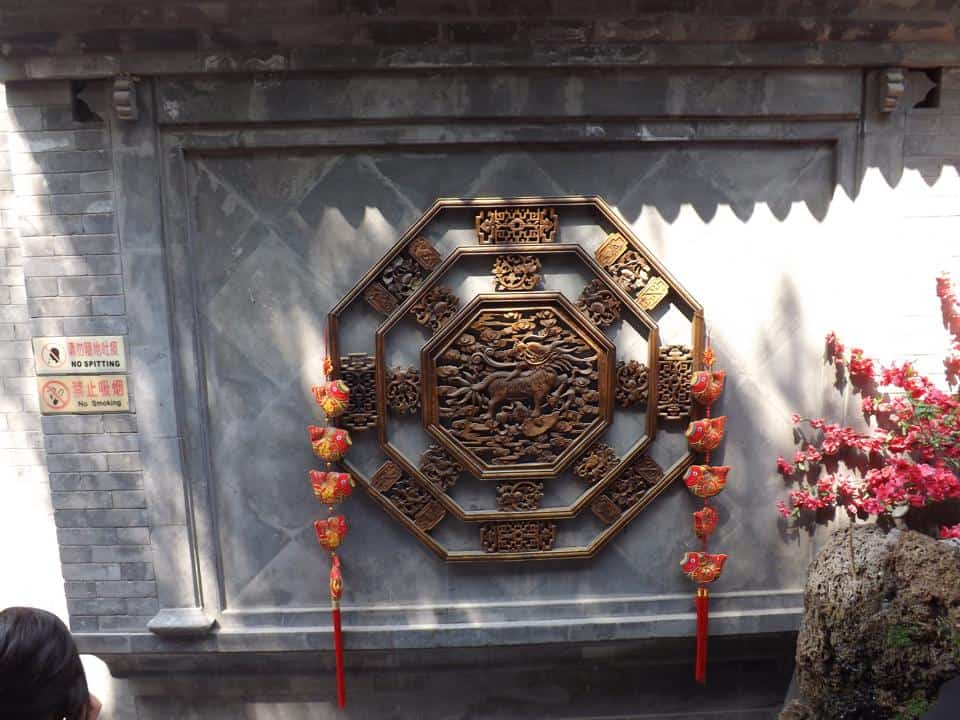 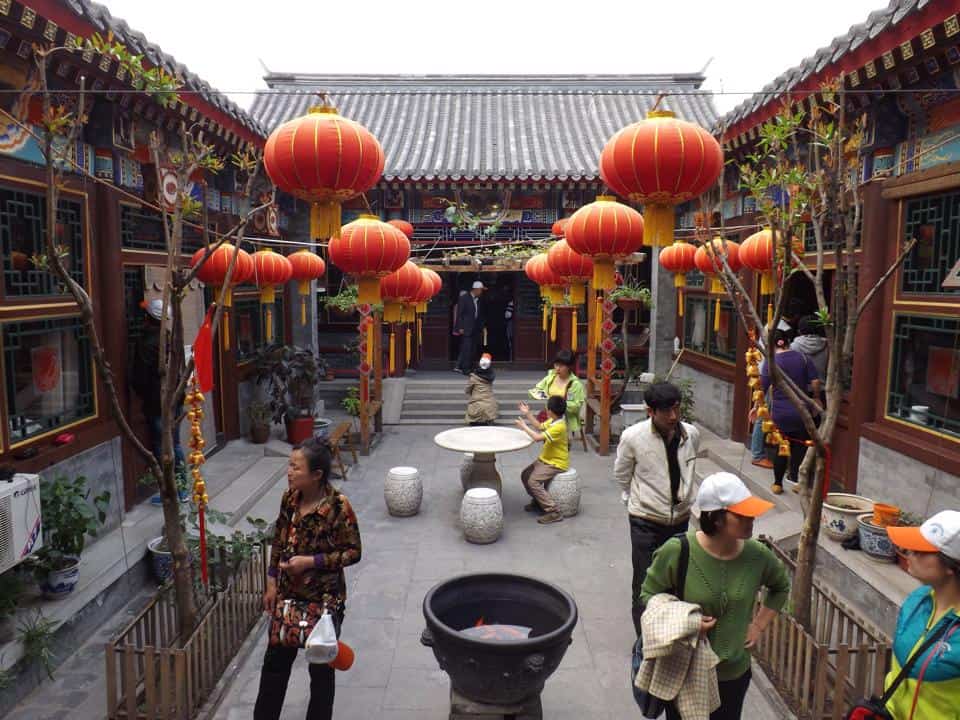 We stop off at a Traditional Courtyard House where we wander around and look at how people used to live. 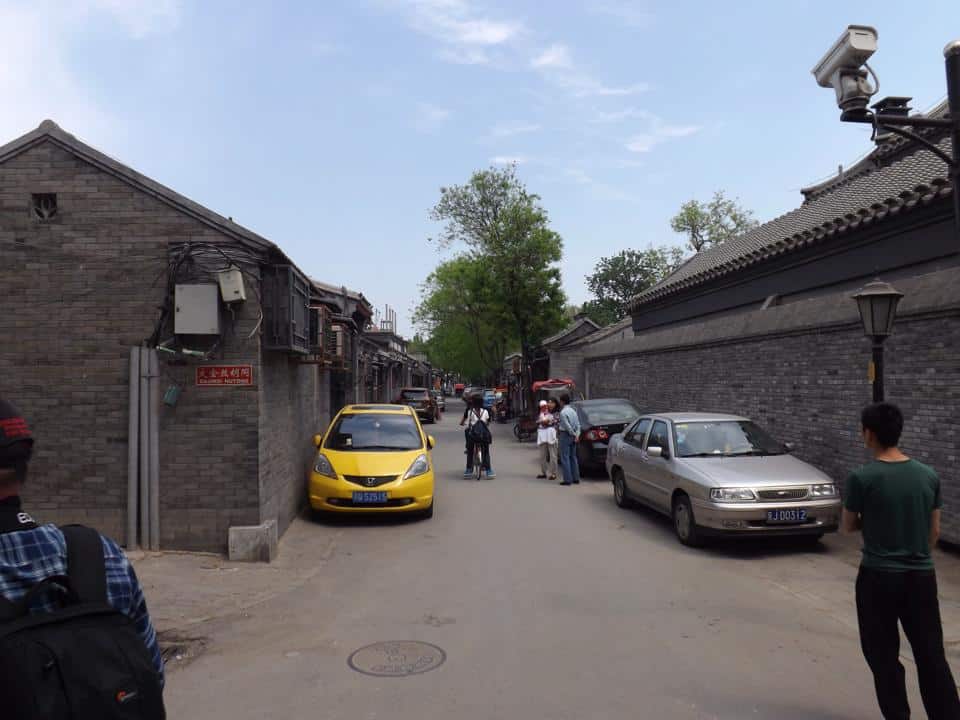 The hutong themselves are usually now in well-to-do neighbourhoods –  they are close to the centre of Beijing and also to the lakes which alleviate a little of the oppressive heat in the middle of summer. I assume that the ever present surveillance cameras are here for home security rather than Governmental supervision. 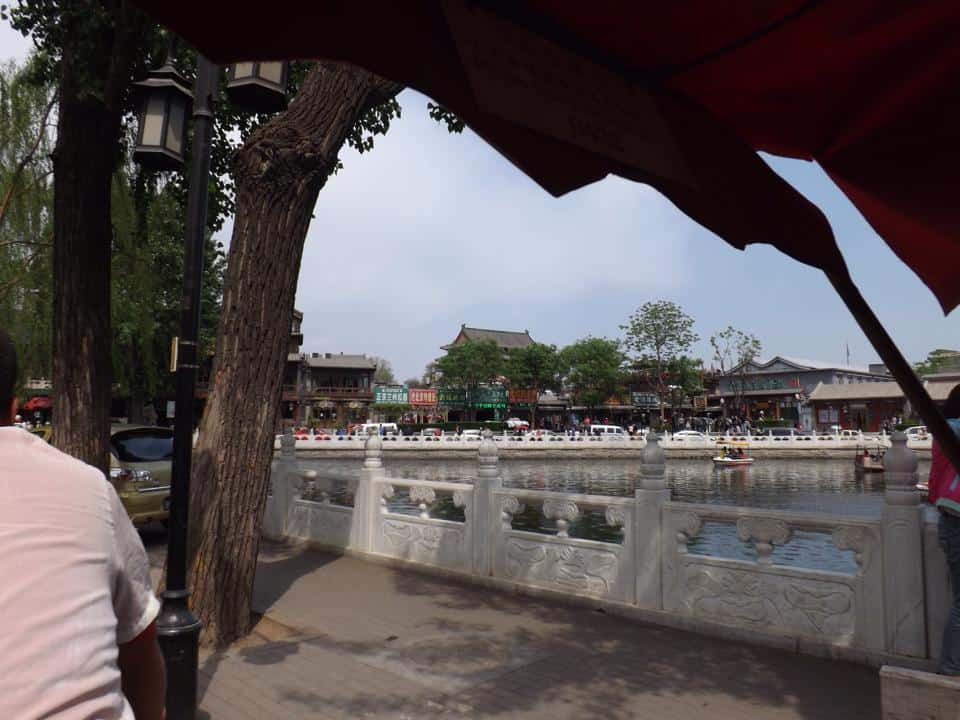 The lake front is as you would expect – packed with eateries, but still provides a few surprises in the number of Germanic beer halls. Our pedaler doesn’t complain the whole way and I don’t detect any changing of gears – just the steady progress of a man on a mission. We’re on the tuk tuk for maybe 40 minutes so it’s quite impressive – I’m not exactly light! 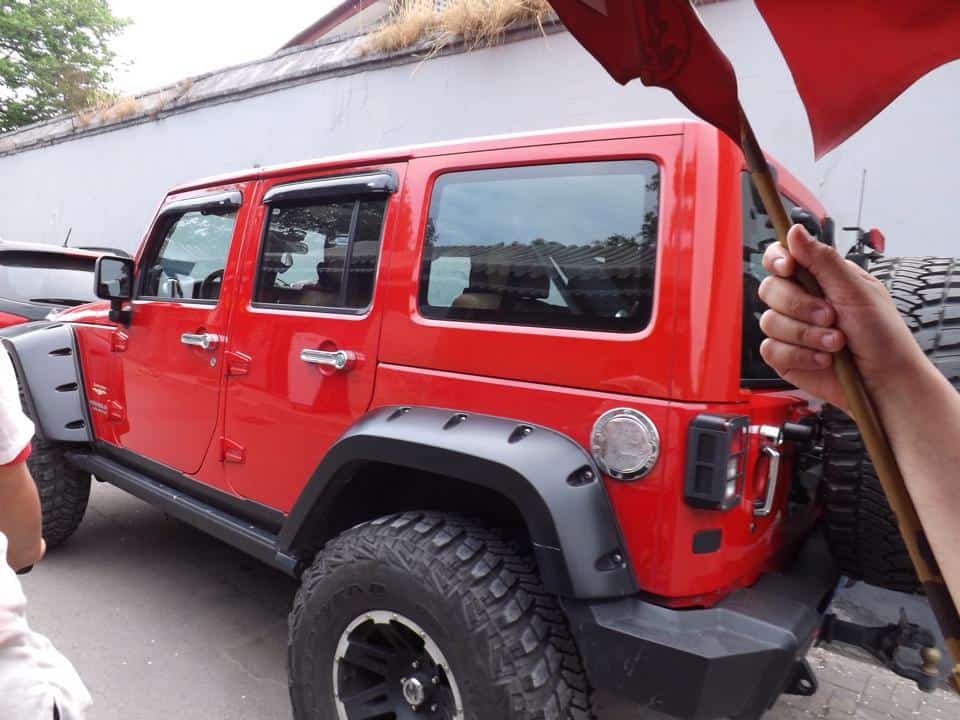 Later on I mentioned to our guide that we’d seen the HumVee and she mentioned that while China was politically communist, that they were economically capitalist. An interesting distinction I thought.

Finally, off to the Summer Palace. The Summer Palace is an extensive collection of palaces and gardens on the shores of a lake complex in the North West of Beijing. It’s full of locals and tourists all having a look around and up until half an hour before the end it’s just a prettier upgrade on the other places we’d been. 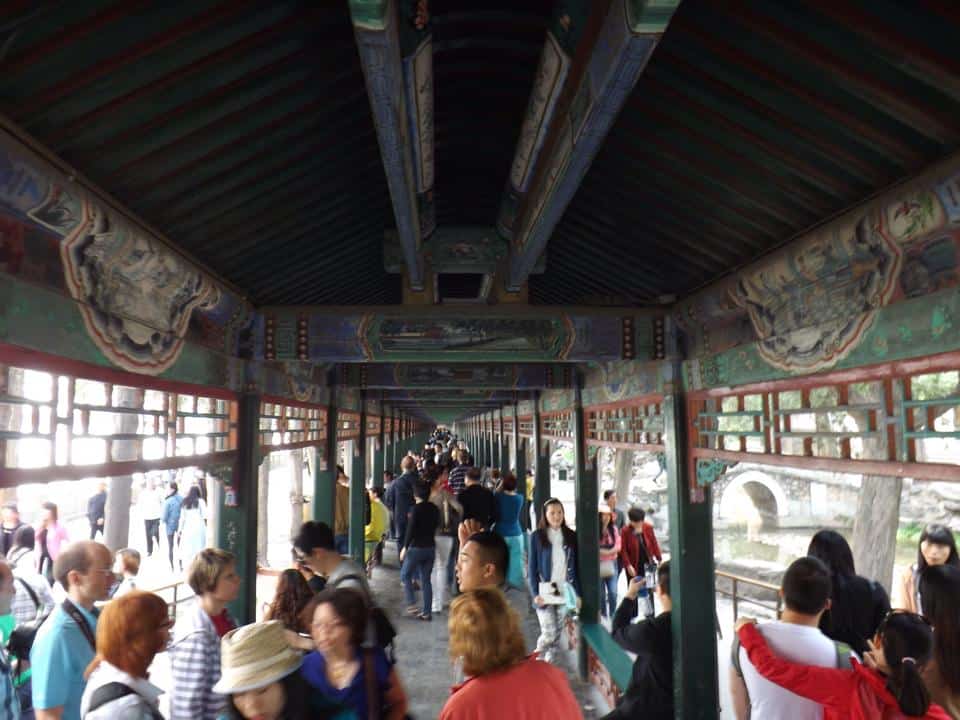 But a little way before the end point we come to this walkway. Our guide explains that the frescos on this corridor depict the trials and tribulations of the Monkey King. She starts telling us about some of the story around the Monkey King and I frown as they all sound very familiar.

In New Zealand in the 80s there was a Japanese TV program, based on a Chinese novel which told the legend of Monkey. I don’t realise how much of the legend stuck with me until we start regaling our guide with facets from the legend that we recall from the TV show over twenty years ago. The staff which fits in his ear. His companions Tripitaka and Pigsy. His cloud that he can ride. At first our guide is delighted that we know the legend, but that soon turns to a weariness as we walk along regaling her with the things we remember and then her countenance changes to a tired forbearance. Pigsy and the Monkey King.

Would I go Back?

The Temple of Heaven is fascinating, not for itself, but for the activities around it. If I went back I would be tempted just to wander around watching people doing their activities and playing their games.

The Hutong around the Qianhai and Houhai lakes are pretty cool – if I went back in summer I think a day spent wandering around the lakes and partaking in beers and ice creams would be relaxing – I don’t think I’d go back to the Traditional Courtyard House and I think the rickshaw riders will be relieved that they won’t have to take me for a ride again.

I’d be most tempted to go back to the Summer Palace though – it’s an extensive area and with more time you could avail yourself of the boats on the lake or spend more time in the palaces.

But overall, I’m thinking that they count as “one and done”. Barbados from North to South