Our first stop and our first excursion. We milled around with all the other tour passengers before being divided up into bus loads and heading out of the port area.

We were heading towards the Vermont Nature Trails, the map not really reflecting the altitude and ruggedness of the roads.

Our guide stopped off periodically while we were in the open to discuss the different produce being grown along our way. Corn, taro, spices, bananas, breadfruit… the climate certainly makes it easy to grow!

And then the jungle began and the talking stopped. It was steps. Soo many steps. We were at altitude (well, 1200 feet/400 metres) and it was hard going. Maybe not “Monastery at Petra” hard going, but not far off. One of our party couldn’t make it. We left his body where it had fallen on the side of the track.

But we did it. The seats at the top were very welcome and we were happy for the rest. Our guide was a retired Ranger who had been involved with the project putting in the trail. When I found this out I turned to him and said “So we’ve got you to thank for all those stairs?” He saw the funny side.

We took the opportunity to talk to some of the other people on the cruise. It was an interesting cross section. Some, like us, were from the UK. Others were American or Canadian who were escaping the snow and cold.

I chatted with one guy who was a Canadian doctor who had spent some time out in the wilderness of Alaska tending to the local villages up there. Interesting guy – super into wildlife. He’d been to every continent and raved about New Zealand.

We kept an eye out for the native parrot of St Vincent, but didn’t have any luck. Our guide got super excited at one point, recognising the parrot’s call. We all laughed as he hadn’t realised that my new doctor friend was actually playing the call on his phone in an attempt to attract the real parrots to our spot.

Going back was sooo easy. It took maybe a quarter of the energy that going up did and it was soo much more enjoyable! On the way down someone saw some freshwater crayfish.

And the best part – free rum punch at the end!

Saying goodbye to St Vincent and the Grenadines, we headed to Basseterre on St Kitts. 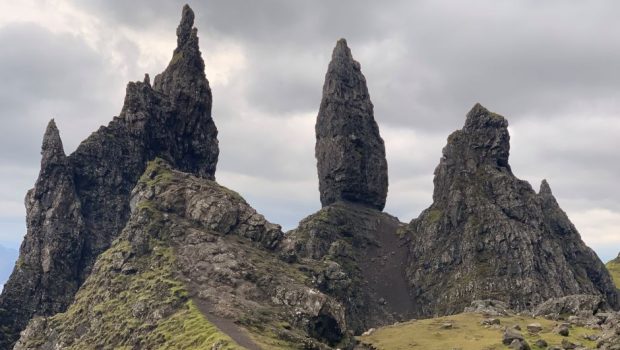 Visiting the Isle of Skye 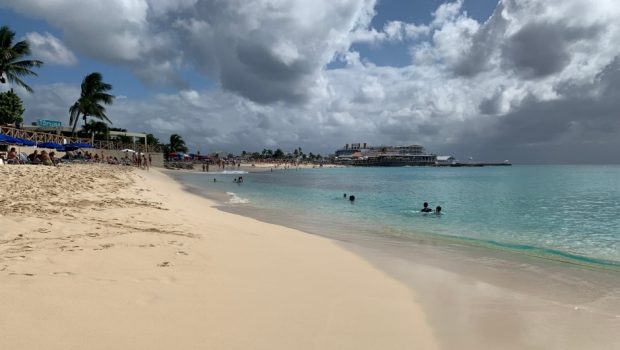