There are two hop-on hop-off type bus tours you can do in Auckland with both starting points conveniently placed outside the SkyTower. We chose the central red route on the Soaring Kiwi Tours bus because it was slightly cheaper at $35. The other was the Auckland Explorer Bus which cost $45 and did practically the same route but included a free ferry ride to Devonport. Our bus was also open top whereas the Auckland Explorer was closed in.

Both buses offered a blue route that took you to several city fringe locations and places like MOTAT and the Zoo, which would be good if you had kids and didn’t want to try and navigate public buses.

The Soaring Kiwi Tours representative ensconced at her desk near the bus stop gave me a lovely spiel about the various different stops, I didn’t have the heart to tell her that I was a born and bred Aucklander! I suppose it’s not normally an activity that locals would do, unless they had out of town guests.

The one hour red route trip was short but sweet taking us around the inner city with stops at The Viaduct, Kelly Tarltons, Parnell Village, Auckland Museum etc.

My only criticism was that I thought the spoken commentary was a bit light on facts compared to other similar hop-on hop-off bus tours I’d been on overseas. We stopped at Bastion Point, the scene of controversial Maori protests in the 19070s and not a mention of that. Though to be fair it was briefly mentioned in the brochure. For non-English speakers headphones were provided, so maybe they had more of an in-depth commentary on Auckland than the English speakers.

But the English tour commentary was adequate if you just wanted the basics and to sit back and relax and enjoy the scenery.

Despite being thin on the ground, I did learn a couple of new facts on the tour though.

One was that Mechanics Bay, now a container terminal, used to be Auckland’s first airport where flying boats used to dock in the 1930s. It still has a heliport.

The second was that the Auckland Domain is the site of the oldest explosion crater in the city’s volcanic field. Now a lovely green belt in the bustling CBD, it houses the Auckland Museum, picnic areas, walks, a cafe and annual city events like the Chinese Lantern Festival and Christmas in the Park.

We hopped off at the museum at the Domain for an hour and checked out the free Anne Frank Exhibition in the Sainsbury Horrocks Gallery on Floor 2. The recent ANZAC day memorial flowers gave off a pleasant floral scent and in the grounds directly in front of the museum, there were rows of white crosses in remembrance of WWI soldiers. 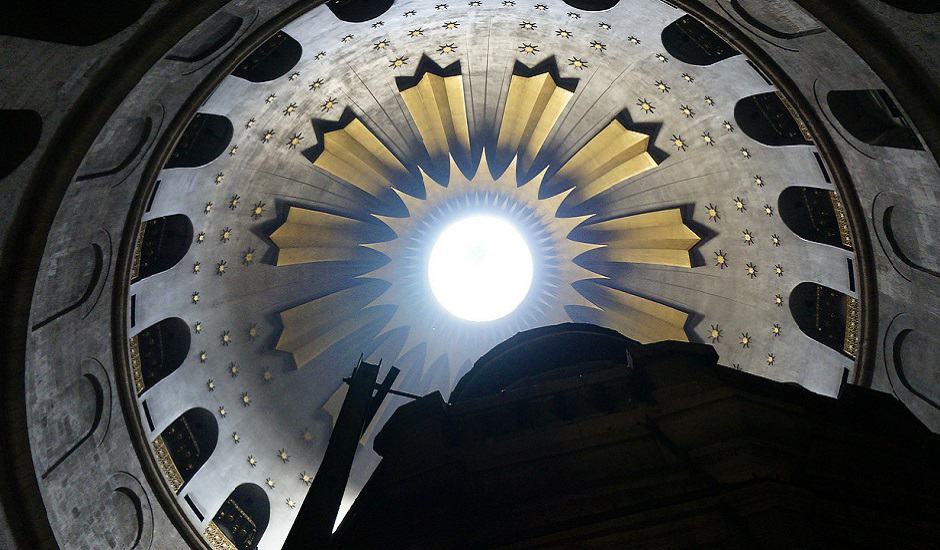