Our UK trip continued with a stop in the Cotswolds, an area known for great natural beauty and we had elected to stay in Cheltenham Spa. We thought it apt to book into a spa to “take the waters” as they used to do since the 1700s when the mineral spa was discovered in Cheltenham. A day trip to Bourton-on-the-Water (the Venice of the Cotswolds) was also planned out.

We find the bus stop for the half hour bus ride without any issues – the weather rotates from bright sunshine to chilling wind and then threatens to thunder but the rain holds off and we arrive in Bourton-on-the-Water after a pleasant enough trip through country lanes and idyllic countryside. 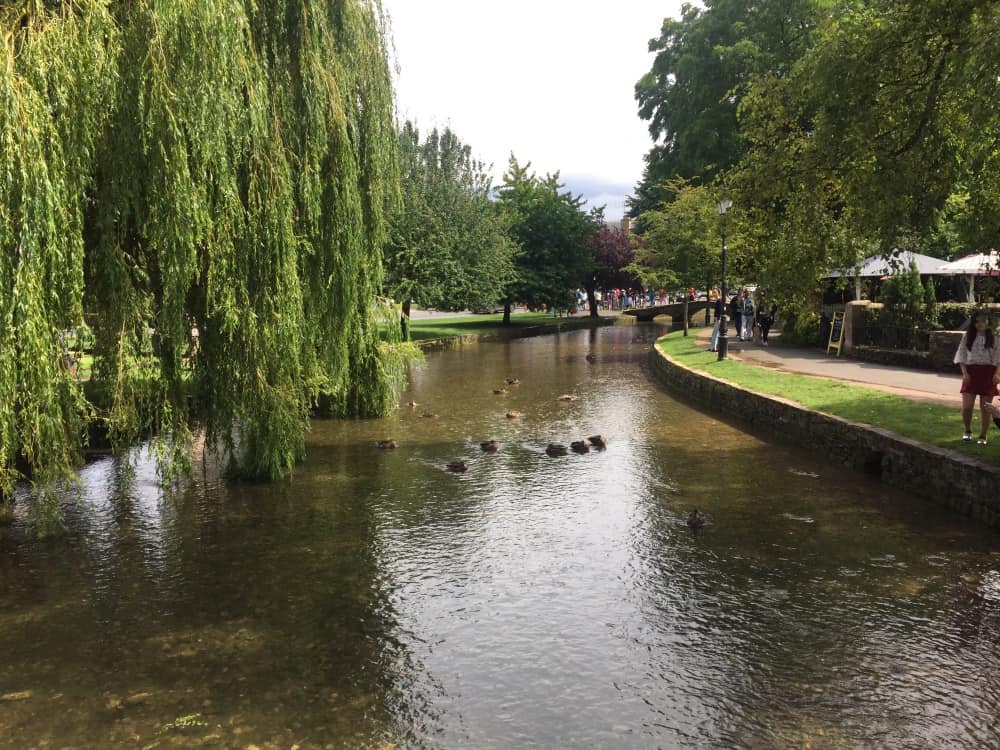 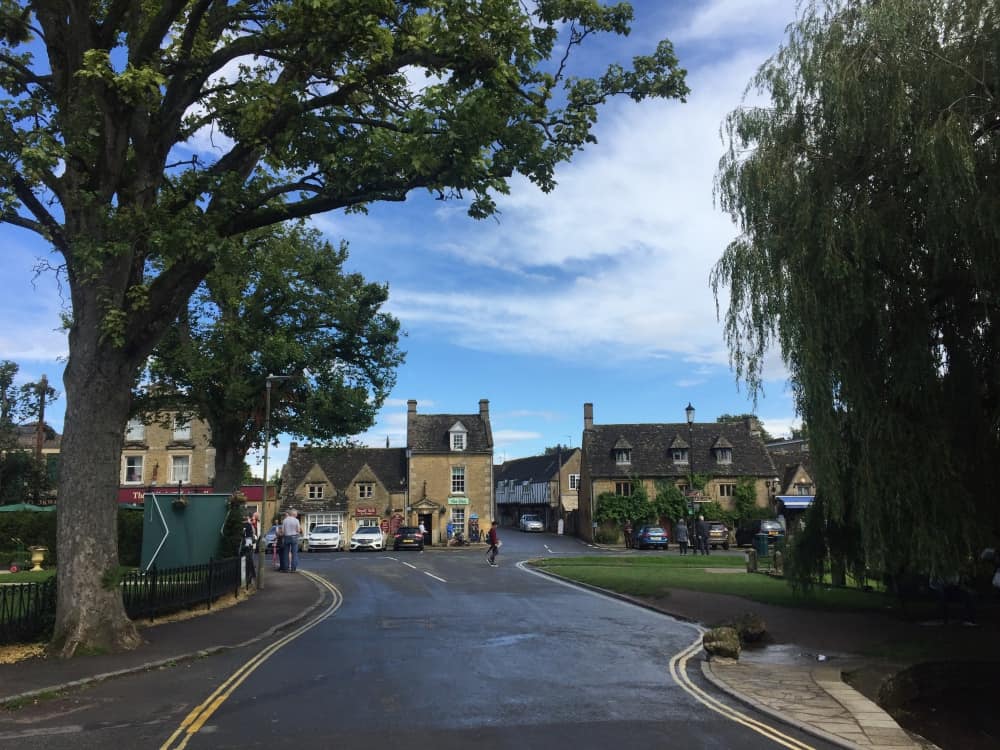 It’s a fete atmosphere in the town – it’s busy, almost crowded. The local bowling club has a rubber ducky race going on: you pay a pound and select a numbered yellow plastic duck. When enough have been selected they are released from a bridge over the canal into the flow. The first to reach a net strung across the canal at the finish is deemed the winner and the sponsor rewarded with £20. Nice fundraiser. 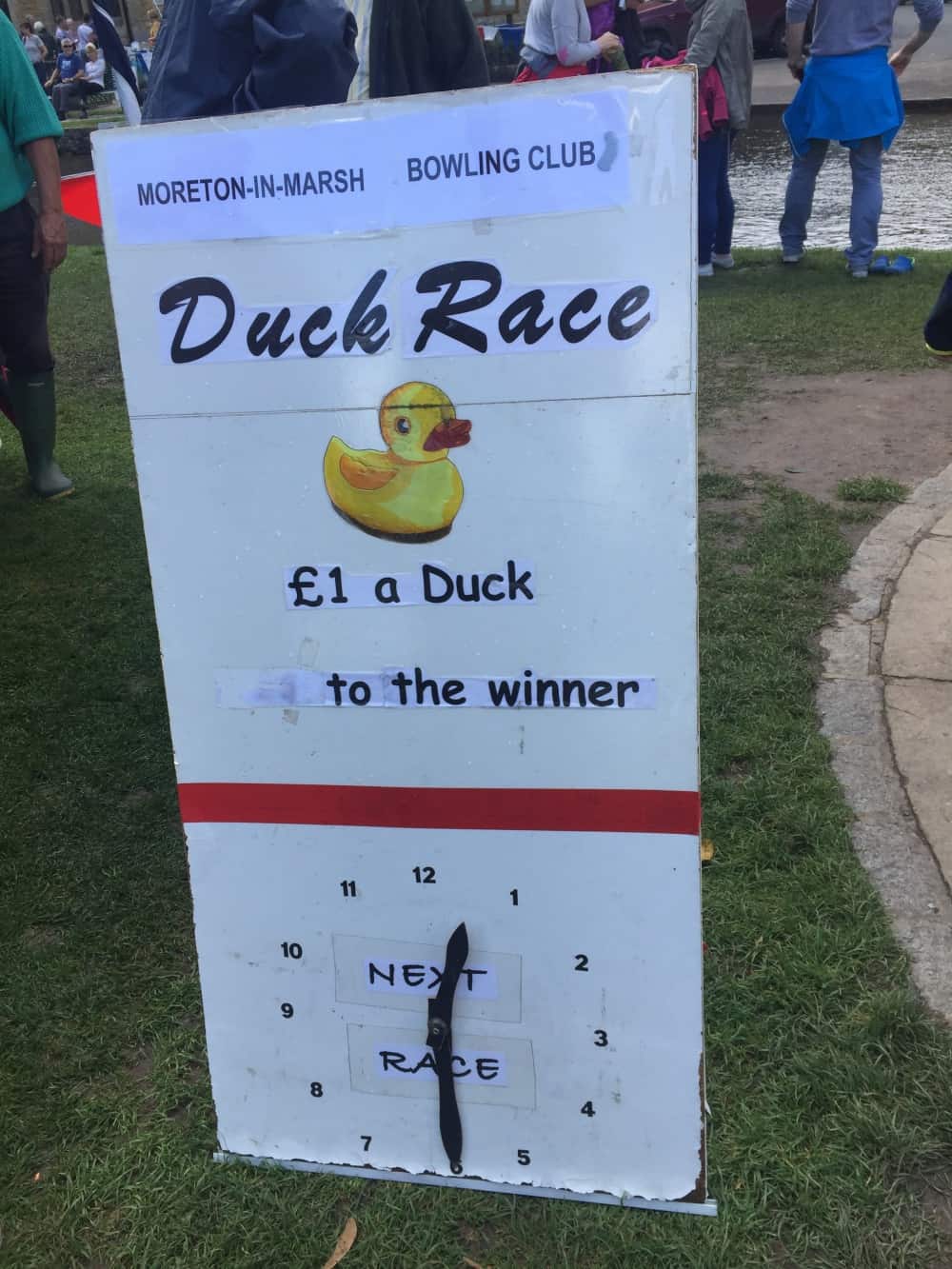 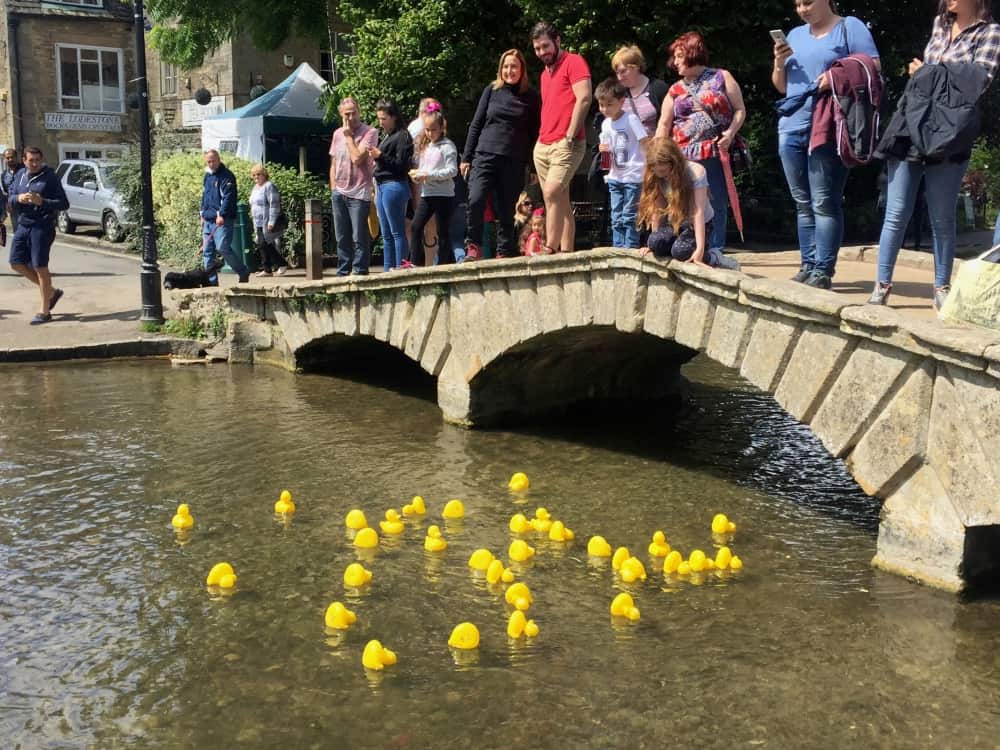 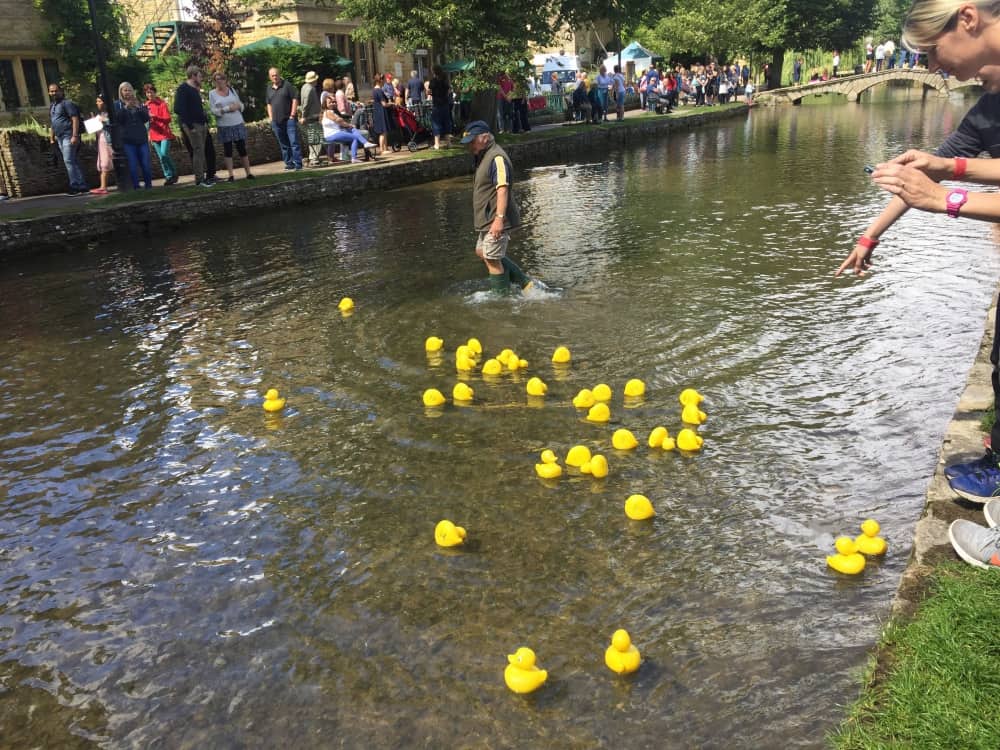 A map shows the layout of the town. I have been to Venice and remembered it having a few more canals so the attempt to claim Bourton-on-the-Water as being the Venice of the Cotswolds certainly raises a smile. You wouldn’t get far on a gondola in the canal, that’s for sure! 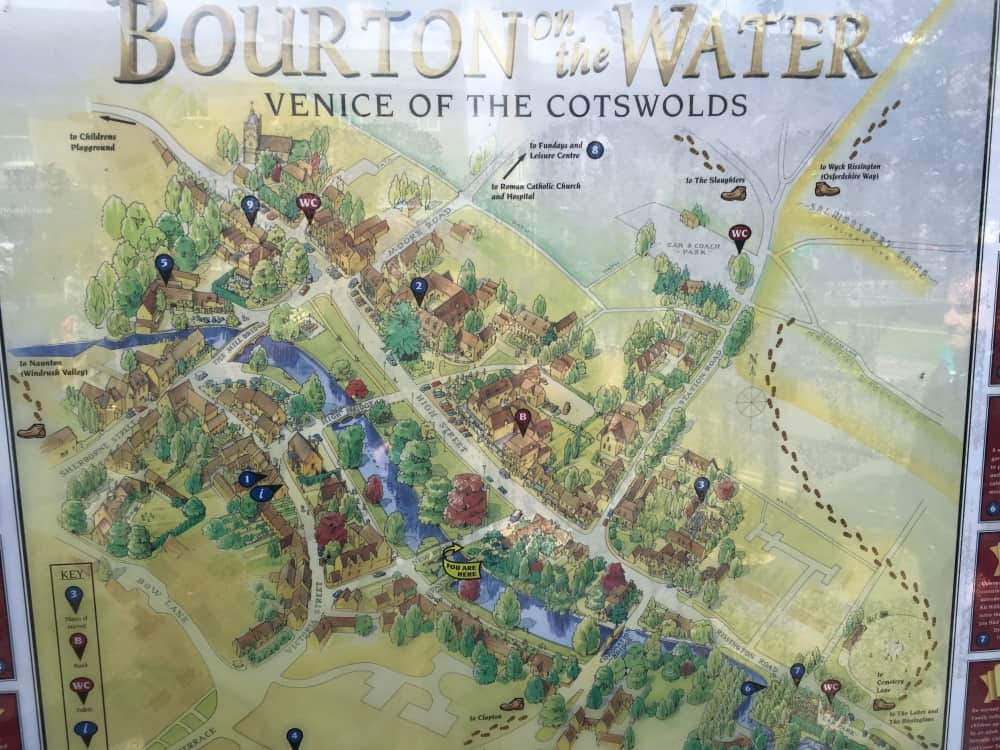 But the canal is not the “must-see” in Bourton-on-the-Water – no, that honour belongs to the Dragonfly Maze, a Victorian hedge maze. At the ticket booth the rules are explained: there are 14 clues scattered through the maze which will tell you how to “unlock” the puzzle in the centre.

It’s possible to get to the middle without “collecting” all the clues, in which case you have to return to the maze and find them before returning. We cast an eye at the dark clouds which have suddenly congregated over Bourton-on-the-Water and resolve to hurry as quickly as possible through the maze.

We make good time, writing down each of the 13 clues that we find – they’re ceramic tile plaques on the floor of the maze with rebuses. We reach the shelter in the middle of the maze just as the heavens open and biblical level torrential rain sheets down. 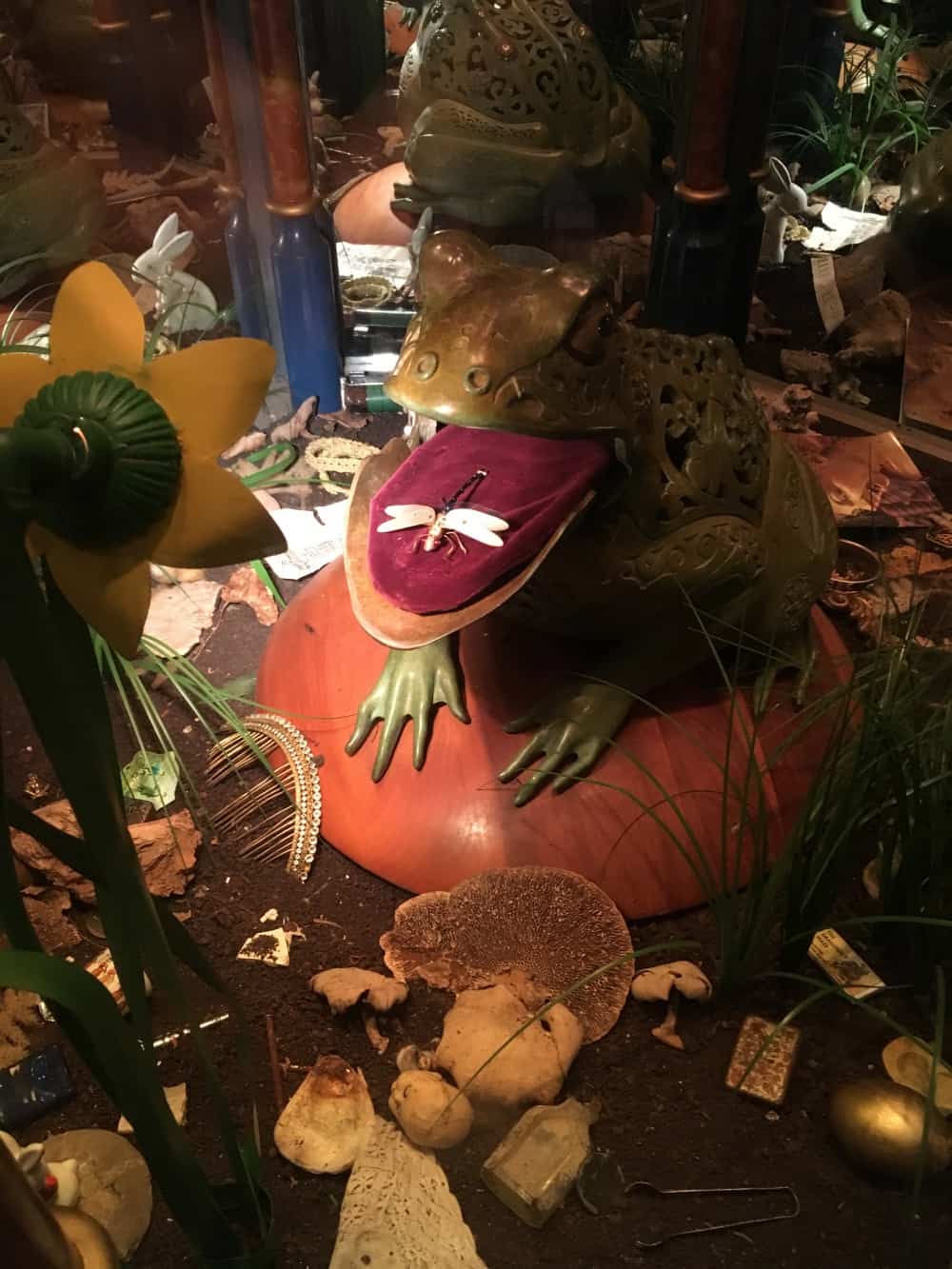 We’re quite proud of our sleuthing ability as we work out what the clues are and spot the dragonfly. Some of the clues certainly give us trouble – plaice isn’t a type of fish we see very often in New Zealand!

I look out at the rain which doesn’t seem to be even thinking about abating. Throwing caution and good sense to the wind I suggest we head over to the pub beside the Model Village and wait out the rain there – maybe grabbing something to eat.

A nice pub lunch sounds good so we dash across the road and head to the Old New Inn. Unfortunately there’s no kitchen, just a few sandwiches in a display case, but at least it’s dry and a little warmer inside, and somehow the crowds of tourists have selected somewhere else to shelter from the rain so we don’t have any problem finding seating.

The Inn is right beside the Model Village, so when the rains do finally stop, we’re among the first through the door, hunger kept temporarily at bay by our sandwiches. I have a soft spot for miniaturisation like the Model Village, especially when they’re of the place where you are. There’s an Inception type meta experience of seeing in miniature where you’ve been in actual size. My favourite is when the miniature village includes itself and how many times that is repeated, getting smaller and smaller at whatever scale they have selected. Apparently the village was created in the 1930s and still looks good now. The glaring oversight is that the maze is not represented there and I mention that to Ange. She suggests that maybe that would detract from the experience in the maze if you could see the clues and how to get through it, which makes sense when I think about it.

We head back to the bus stop ready to catch our bus back to Cheltenham. We don’t have a lot of time, so look longingly at the cafes with their scones with clotted cream and jam, and the takeaway fish and chip shops. It turns out we very well could have spent the time eating – the bus is 15 minutes late and we’re just starting to get anxious when it pulls in.

We have three hours at the Chapel Spa booked in Cheltenham and don’t want to be late. The driver certainly does everything he can to make up the time, but there’s only so much he can do on the country roads. I must admit the bumps feel a lot different in this direction! After the spa we head out, very relaxed and ravenous. Ange persuades me to try Yo! Sushi, attracted by the miniature train which takes the sushi past your table. You select the food you want and they charge you according to the dishes left on your table. 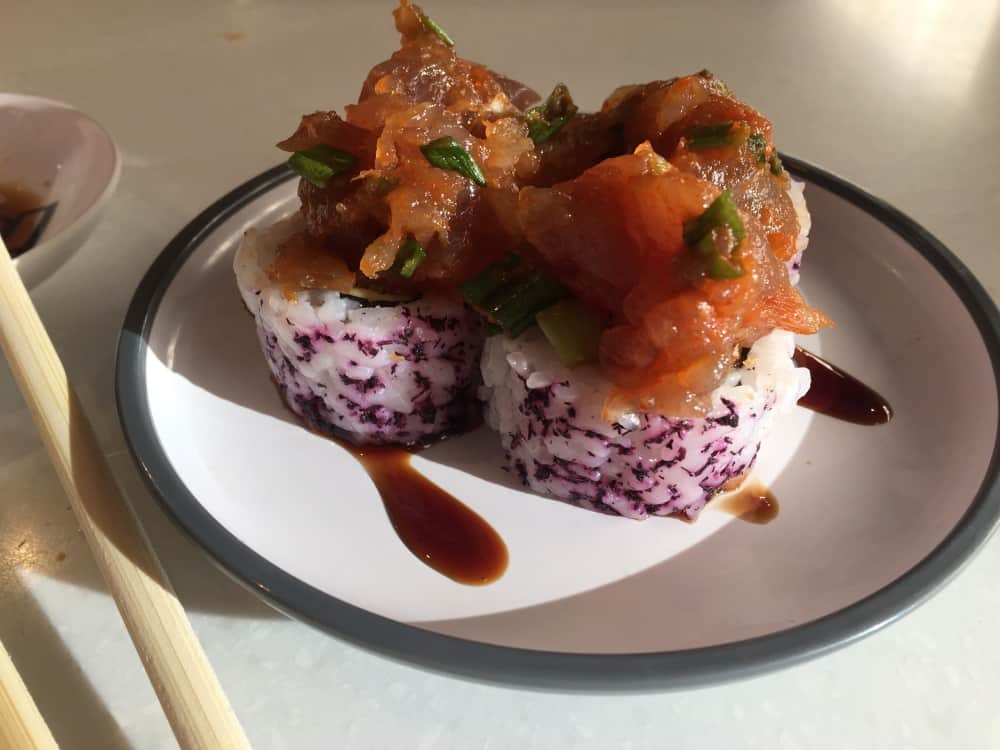 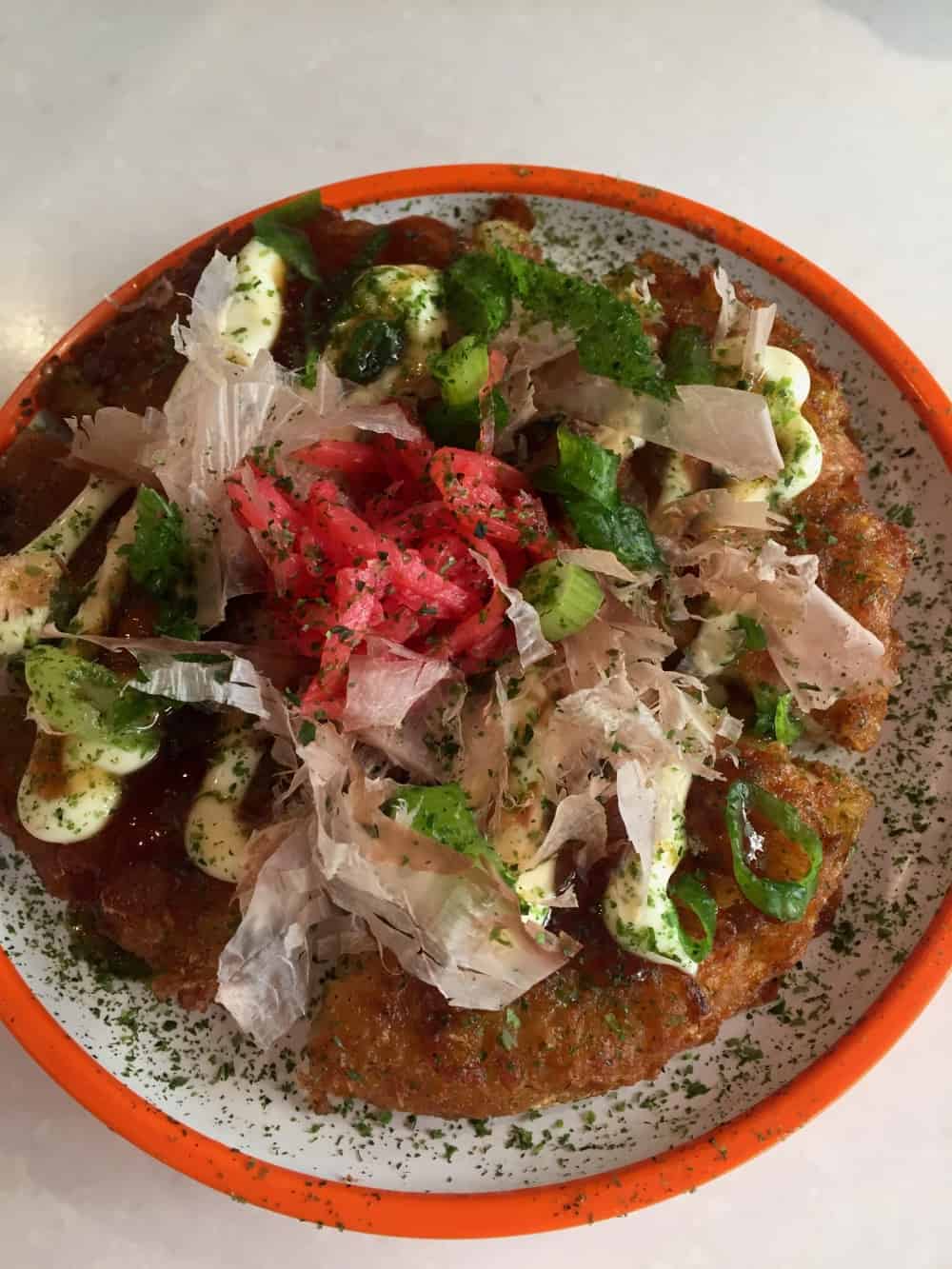 They’re colour coded so that you pay more for the more expensive foods. Sounds interesting. I’d always avoided them because sushi is a bit expensive in the UK and with the delivery method it would be easy to spend more than you intended to. And lo, £30 later we leave the restaurant. Cheltenham Spa is a nice enough town, and the visit across to Bourton-on-the-Water was a nice addition, but there wasn’t really enough to hold my attention there. Lots of people go for the horse racing and festivals, so if you time it right, you can certainly find something to do!