There’s only one problem with our time at the 25Hours Museumsquartier – it went by way too fast. I envied Angela actually, she’d arrived earlier than me – just before lunch. Naturally the room wasn’t ready (check-in is from 2pm), but she’d got to do some work in the downstairs bar before the receptionist had come down and let her know that the room was now ready.

We’d stayed at a 25Hours before (the Bikini in Berlin, overlooking the Zoo) and so were expecting quirk with a capital Q and the Museumsquartier delivered in spades – the circus-inspired murals on the walls were the obvious part, but again design features infiltrated every part of the hotel. 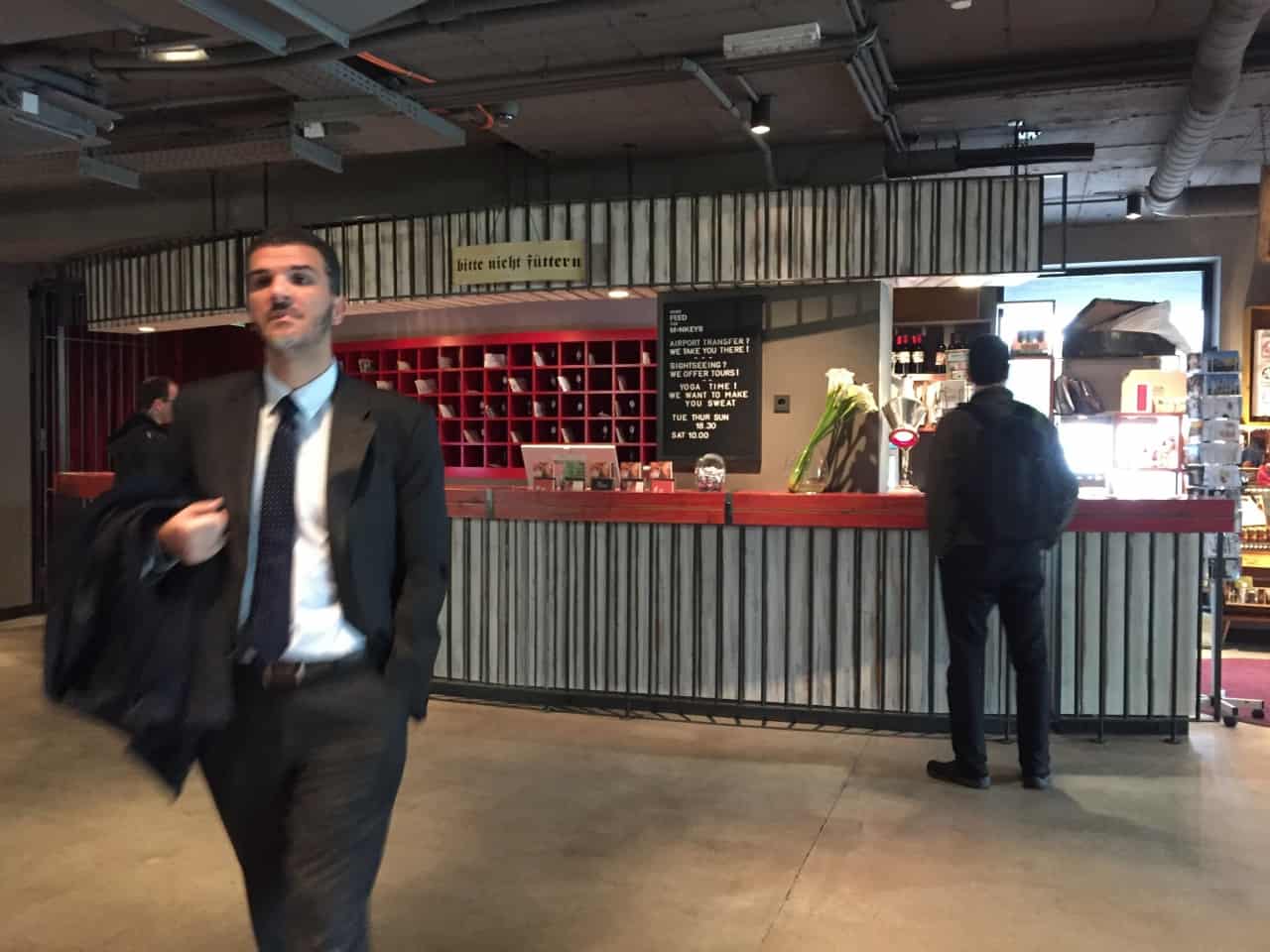 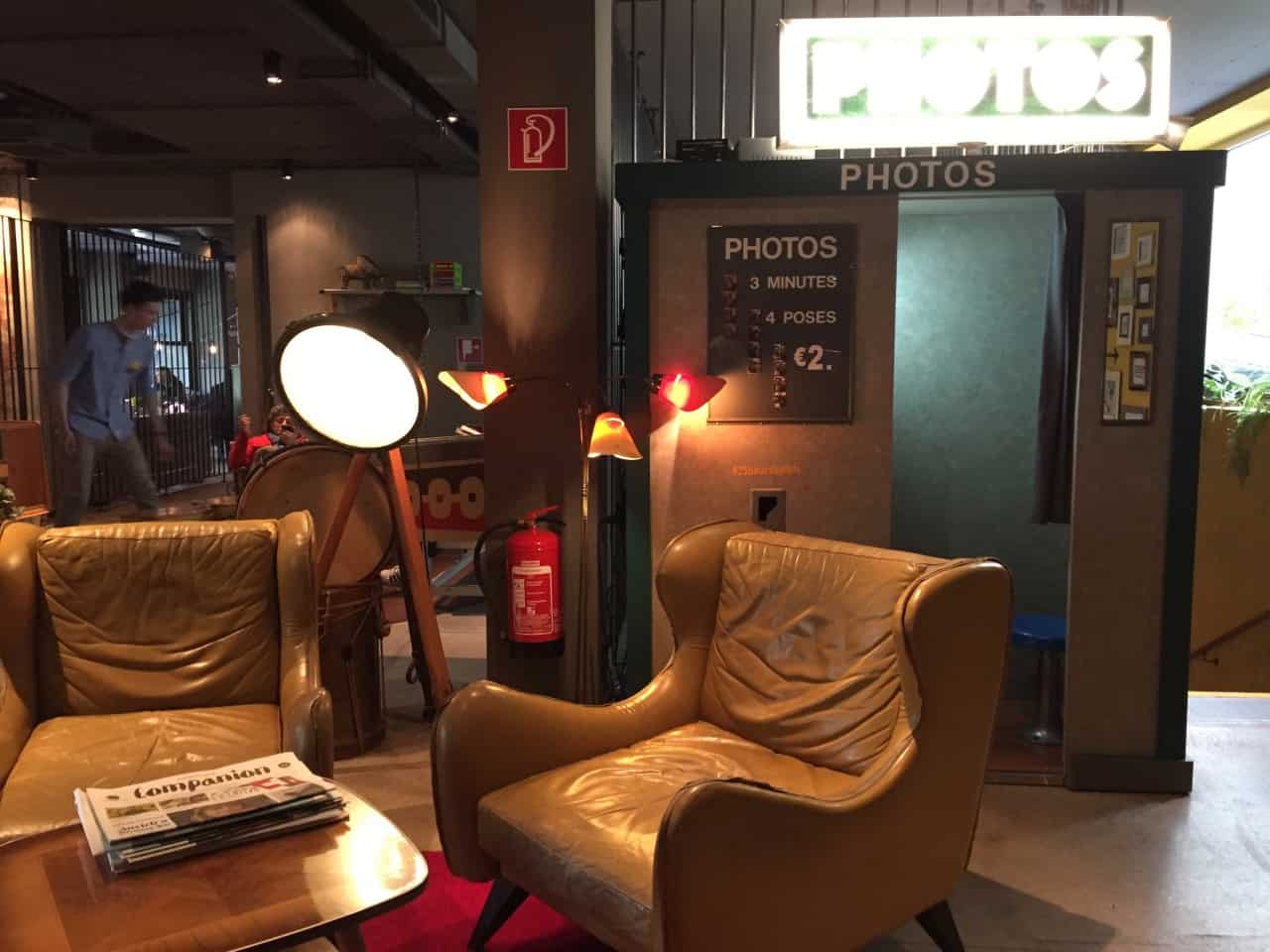 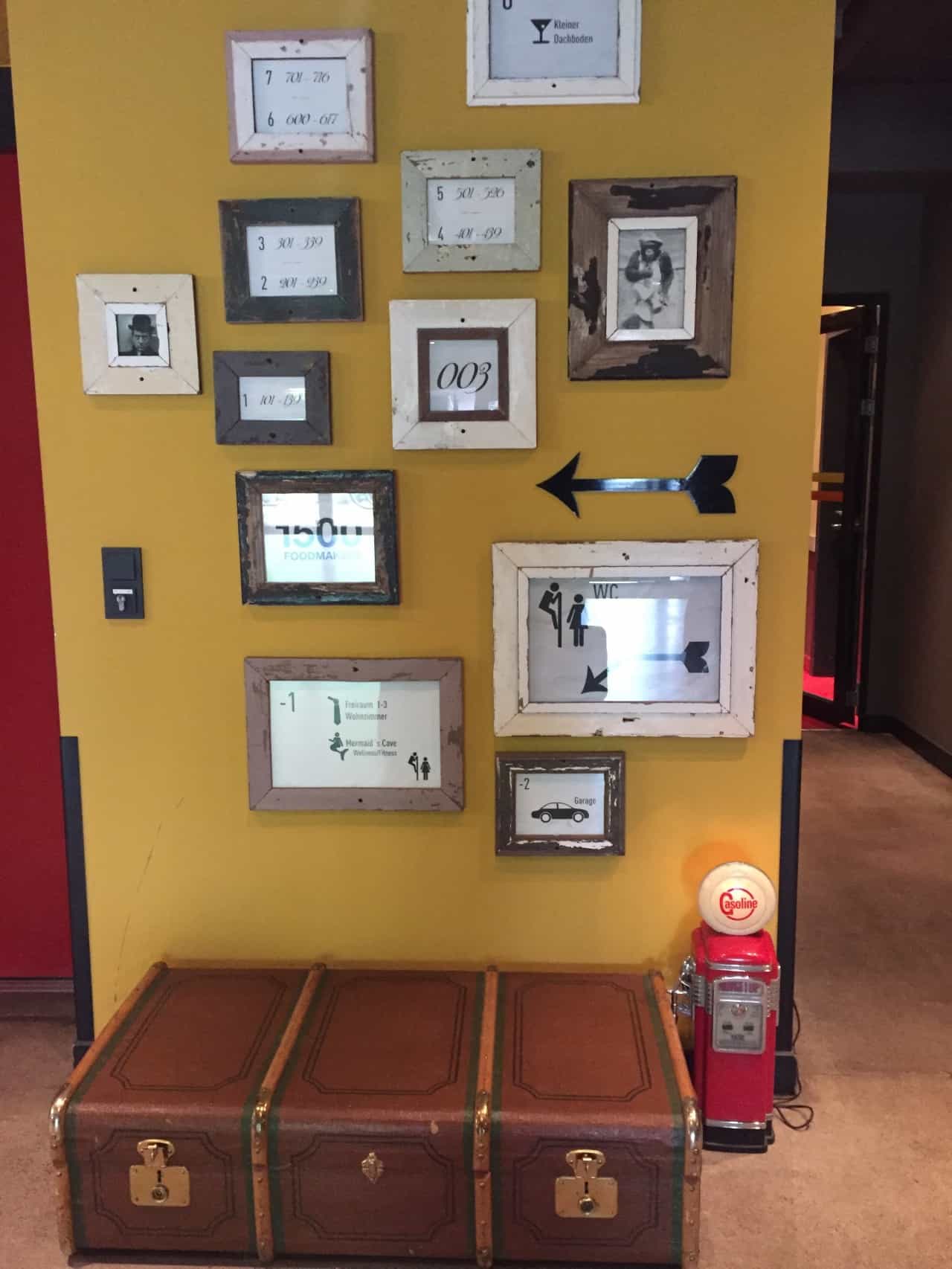 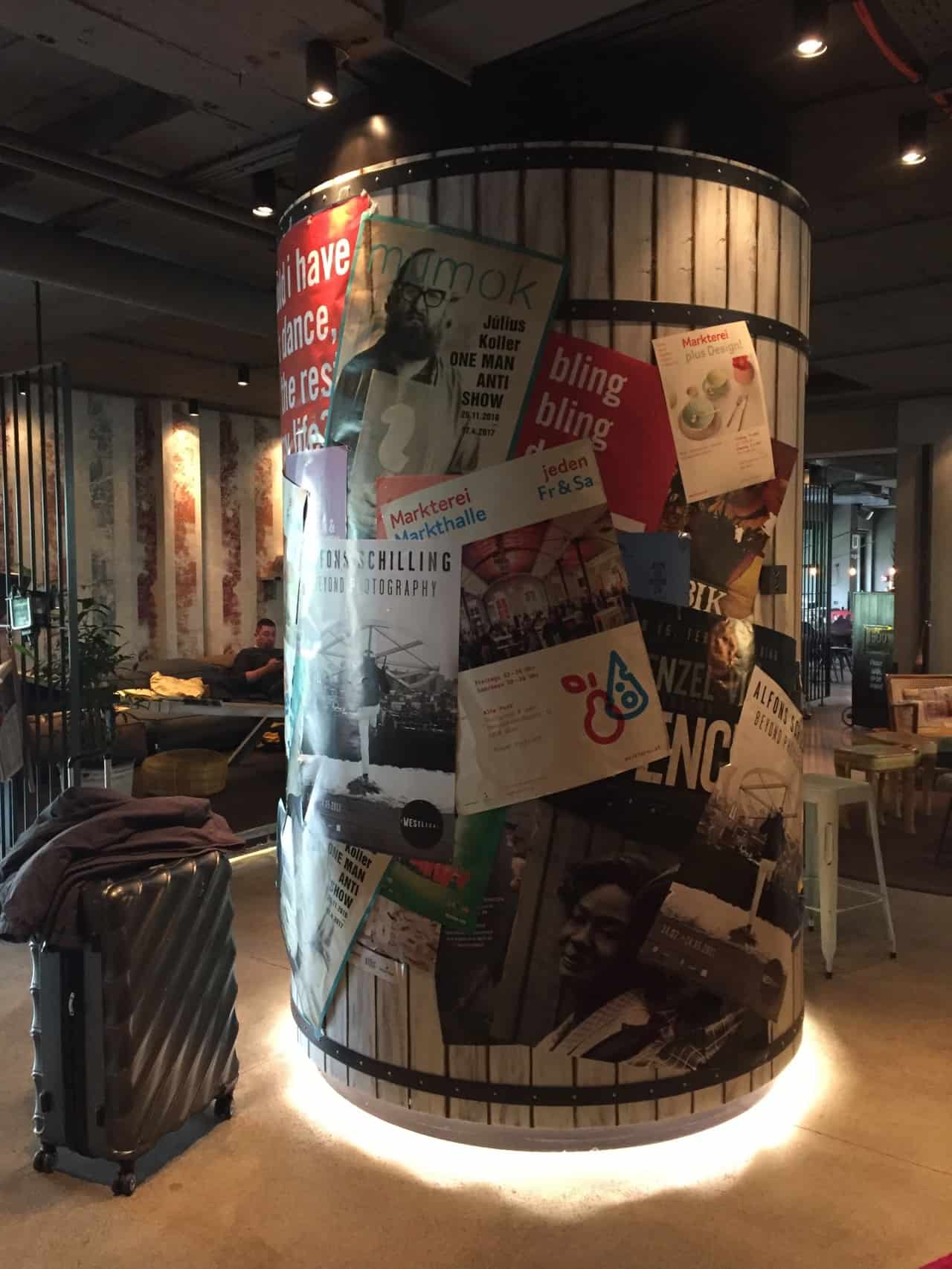 When I arrived, the first thing I marvelled about was just how easy it was to find the place. It is right in the centre of the Museum area of Vienna, super easy to access from the Metro system, which was appreciated as the heavens had opened to welcome me to Vienna and the short dash from Metro to hotel was much appreciated. I had asked Ange if there was any trick to finding the entrance to the hotel and Skype had been unable to hide the wry grin as she had said I wouldn’t have any trouble.

From a block away I could see the neon lights of the hotel name and as I got closer the hotel slogan of “We’re All Mad Here” beckoned me closer.

Once I was squared away in the room, we headed upstairs to the hotel’s rooftop bar (Dachboden) for a quick drink. Whereas the bar at the 25hours in Bikini attracted millennials and hipsters, the two bars at the Museumsquartier skewed towards a little older although no less hip.

I’d seen the bar menu online and Ange joined me in selecting a strong ginger beer based cocktail and we wandered between the two bars checking out the styles. 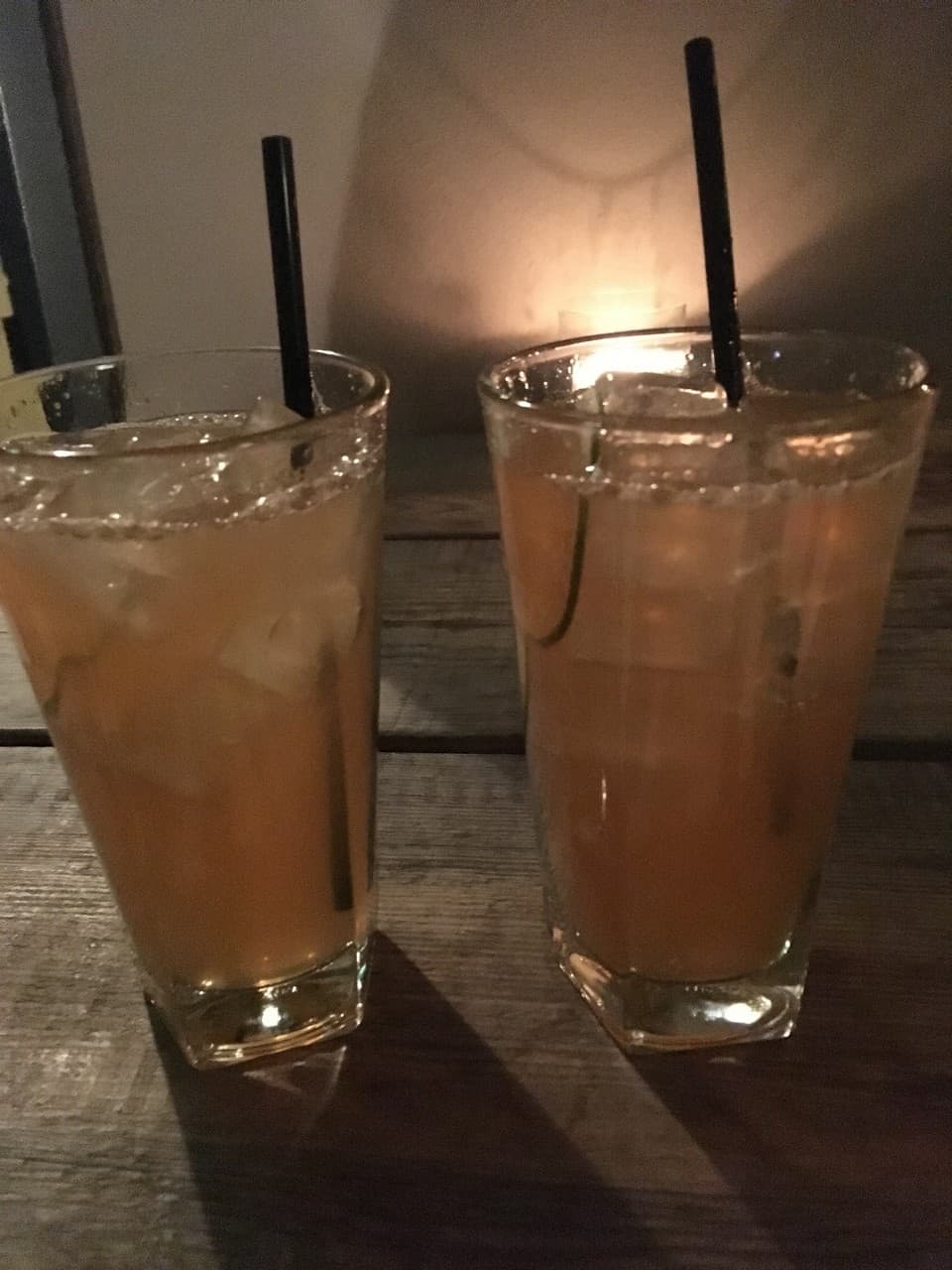 In one corner, two barbers chairs sat bathed under a strong spotlight, in another a bass drum served as a table. Above the bar a set of drums served as diffusers for lights and Victorian-era lampshades abounded.

We set to the ‘serious discussion’ of how to best describe the decor. We agree that it’s an interesting combination of old and new, like steam-punk, but while there is a nod to pre-WWI era style, there is none of the polished copper and gadgetry of steampunk. We settle on Neo-Edwardian, but then try to decide if that’s appropriate because it refers to English monarchy and we’re in Vienna. Not that we’re experts on interior design or anything.

The room is dominated by the artwork – I think every room has a different wall mural, but it’s the little things which add up and make this place so interesting. The shower is exposed to the main part of the room (as Ange said – the rooms aren’t designed to be shared with the boss on business trips!) but for me the best part of the room is the bed. It is like sleeping on a cloud – higher than I am used to, but with a softness which still somehow gives the necessary support. Hard to describe, but not as hard as it is to leave! The view from the window is pleasant enough (a park with museum buildings around it), but the interior of the hotel is much more interesting!

We’ve been spoiled with breakfasts so far this trip, and the one at the Museumsquartier is no different. Like their sister hotel in Berlin, the spread is impressive, and features comb honey. Le Creuset crockery again holds the cooked dishes and the staff are attentive. We have two quibbles at breakfast – they bring me someone else’s coffee and Ange had to go hunting for a spoon for her cereal.

Human errors in an otherwise exemplary experience. We also miss the fact that Berlin’s hotel has the breakfast in the restaurant on the rooftop level whereas Vienna’s has it on the ground level. It feels silly complaining about that sort of thing when the spread is so encompassing – everyone is taken care of and the labelling means there’s no surprises. I’m tickled when I notice the little folders that bills are printed have “Pay or run fast” embossed on them.

Hell yeah – where do I sign? Look, the hotel is in a great location, it’s funky as hell and the beds are very comfortable. The staff are friendly and the breakfast spread impressive. It’s another home run for the 25hour hotel chain – Ange and I are fast becoming fans!!

25 Hour Hotels supported our Summer 2017: UNESCO tour by providing a complimentary stay. All opinions remain our own. 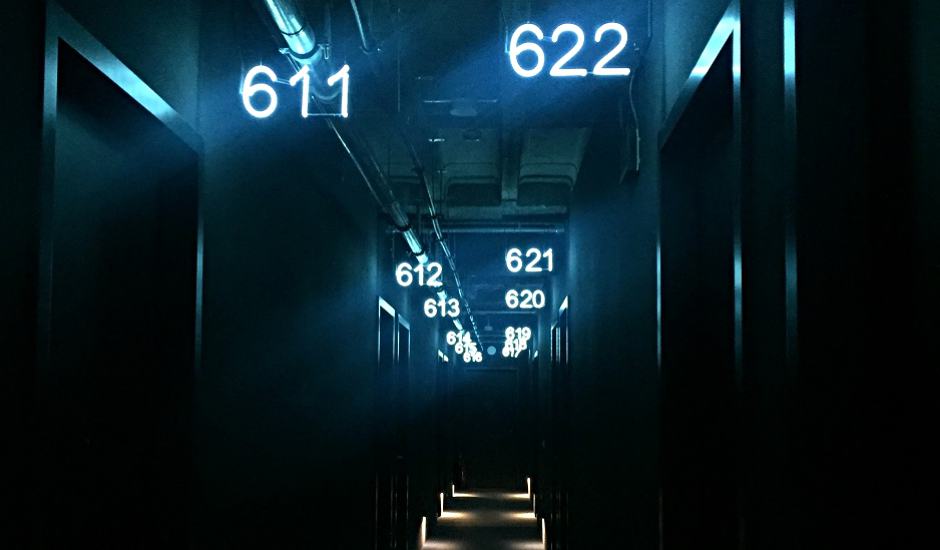 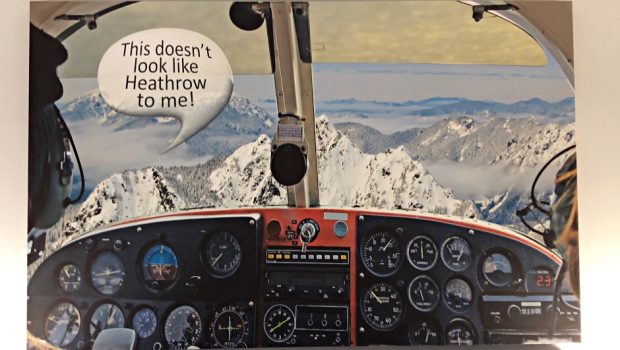