After an amusing conversation with a taxi driver where he repeatedly tried to pronounce styles as steelies, we headed off to the Ibis Styles Dragon Mart. It’s a bit of a trek from the main attractions in Dubai, situated on the edge of the desert out near International City. The area is popular though, because of the two Dragon Mart malls.

Ange had stayed in two other Ibis’ in the UK, Nottingham and Leicester City, so she was interested to see how this one compared. Her general consensus was “A lot bigger!” and with 251 rooms set over 7 floors, a cavernous foyer and large restaurant area, this Ibis is certainly very spacious. 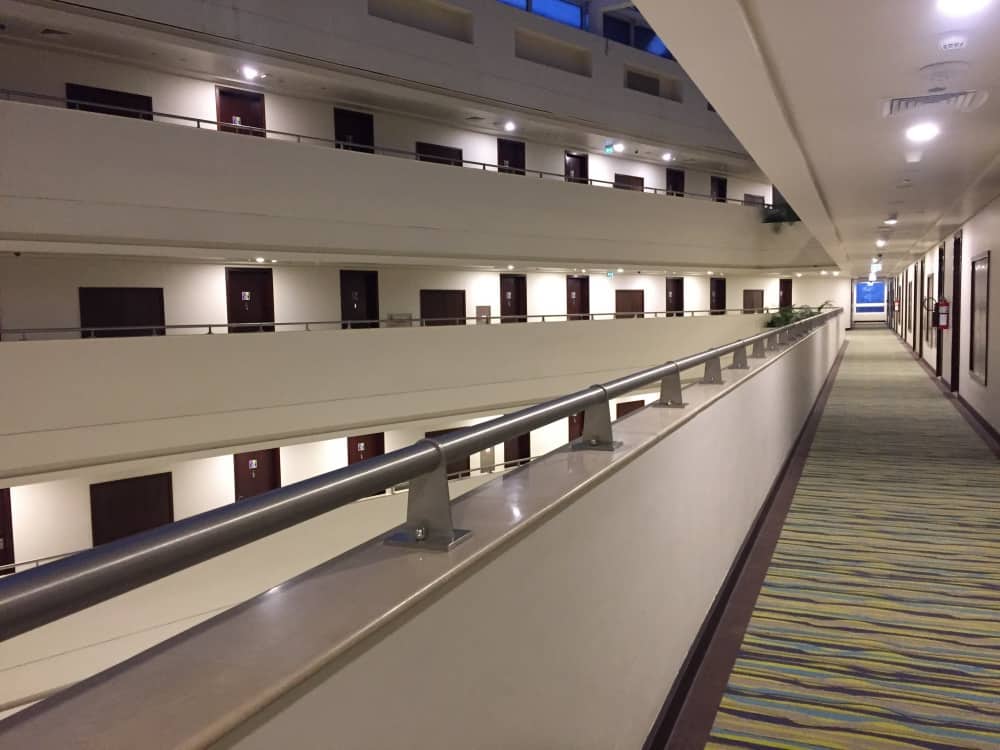 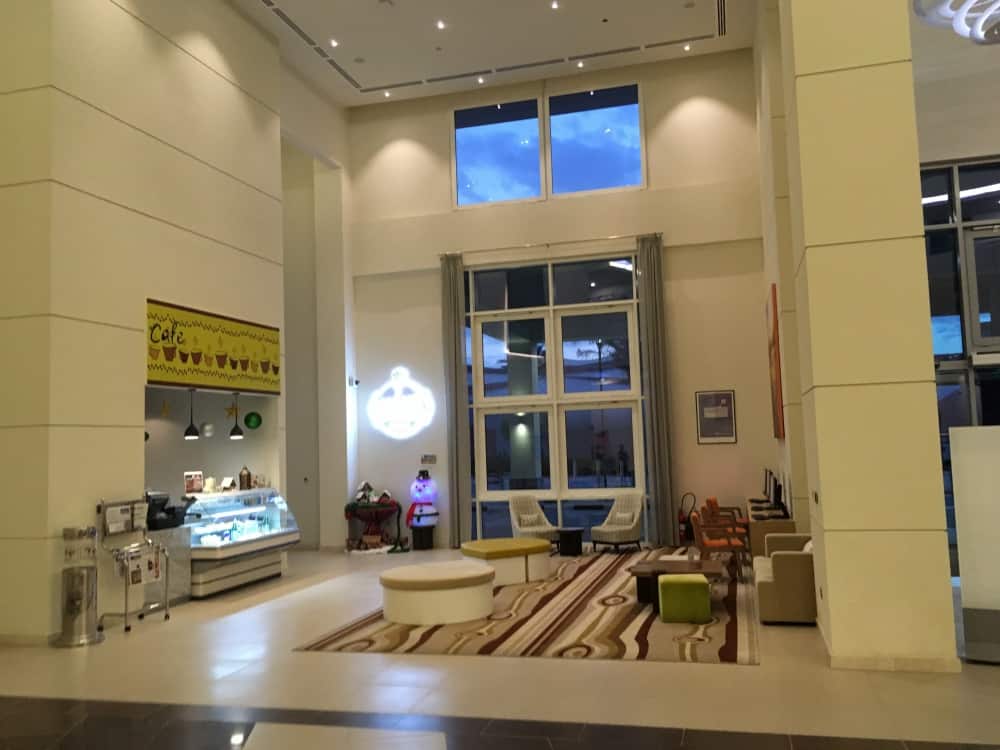 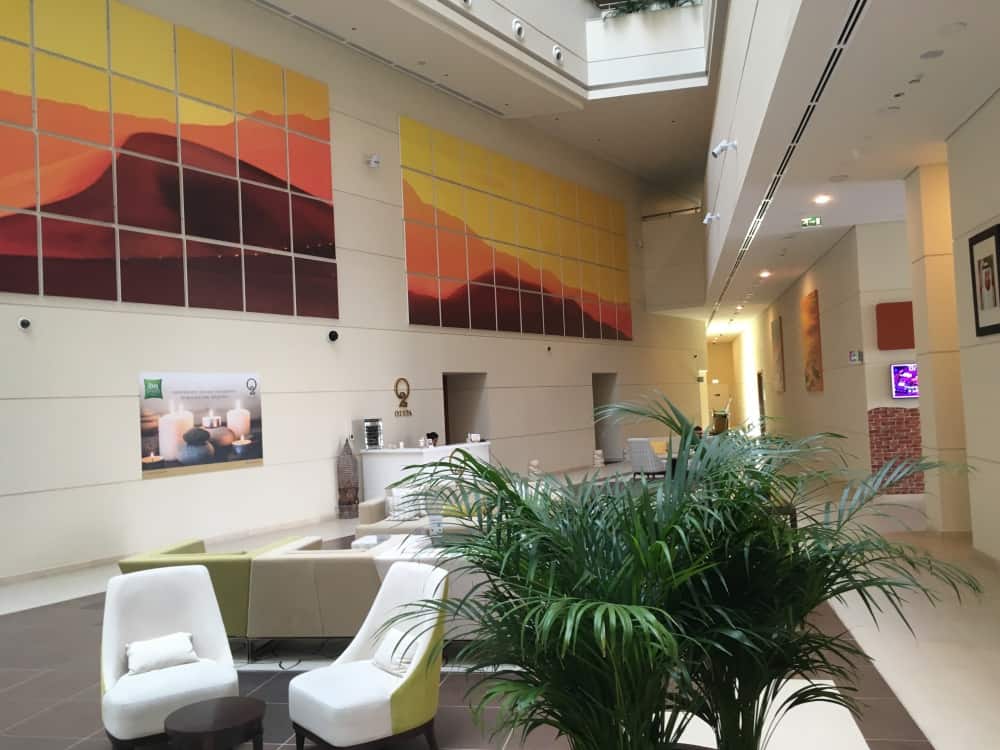 Everything in Dubai does tend to be on the larger size. Case in point, the Dragon Mart malls are the two huge shopping malls that cater to the local population adjacent to the Ibis. In contrast to the Mall of the Emirates, Mercato Mall, Ibn Battuta Mall, Burjurman, Dubai Mall et al, these two malls don’t have the designer stores and high end fashion stores. Instead they contain everything else that the local populace need. Everything from housewares, to carpets, including some of the most interesting lighting displays I’ve seen. The sheer volume of retail ensures that the mall taxi service of electric golf carts are always in use.

Being so far out in the dessert makes the Ibis a better option for staying if you’re going to explore some of the more action based activities that Dubai has to offer: it’s twenty five minutes by car to the Camel Racing, and about the same to the Welcome Sky Travels Desert experience.

Our room is a good size, as is the bed. We overlook the highway and in the distance is the flight path for the Dubai Airport, allowing us a view of various jumbo jets coming in to land. The insulation is good though: no road (or airplane) noise gets through. A flat screen TV sits on the wall above a small desk, highlighting the fact that while this is not a luxury hotel, it’s still perfectly serviceable. 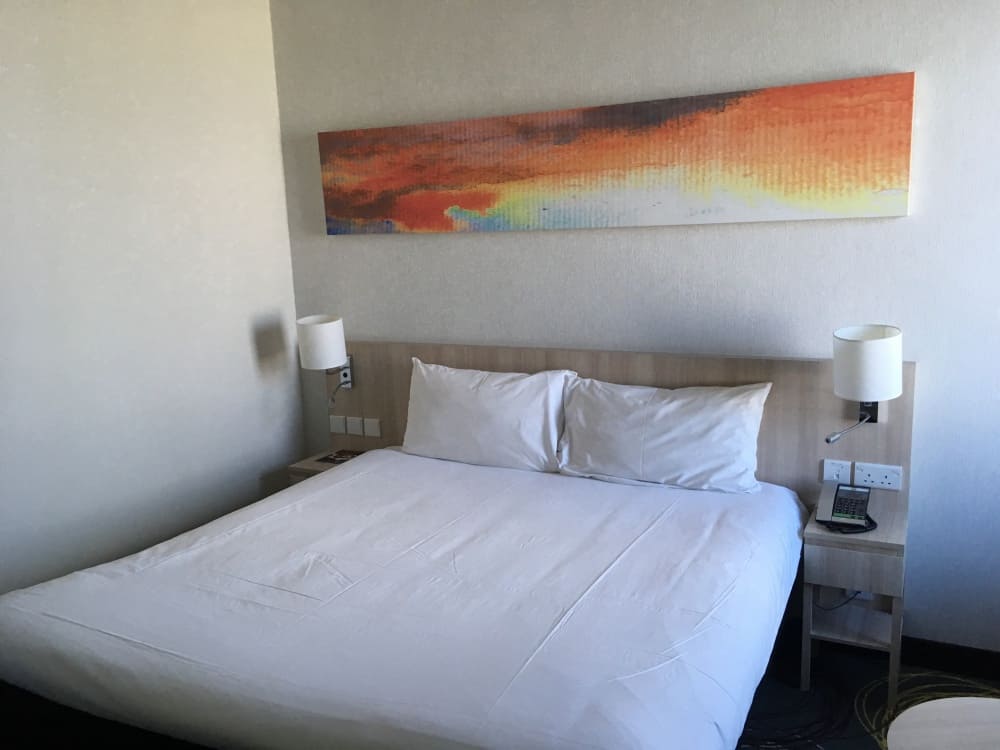 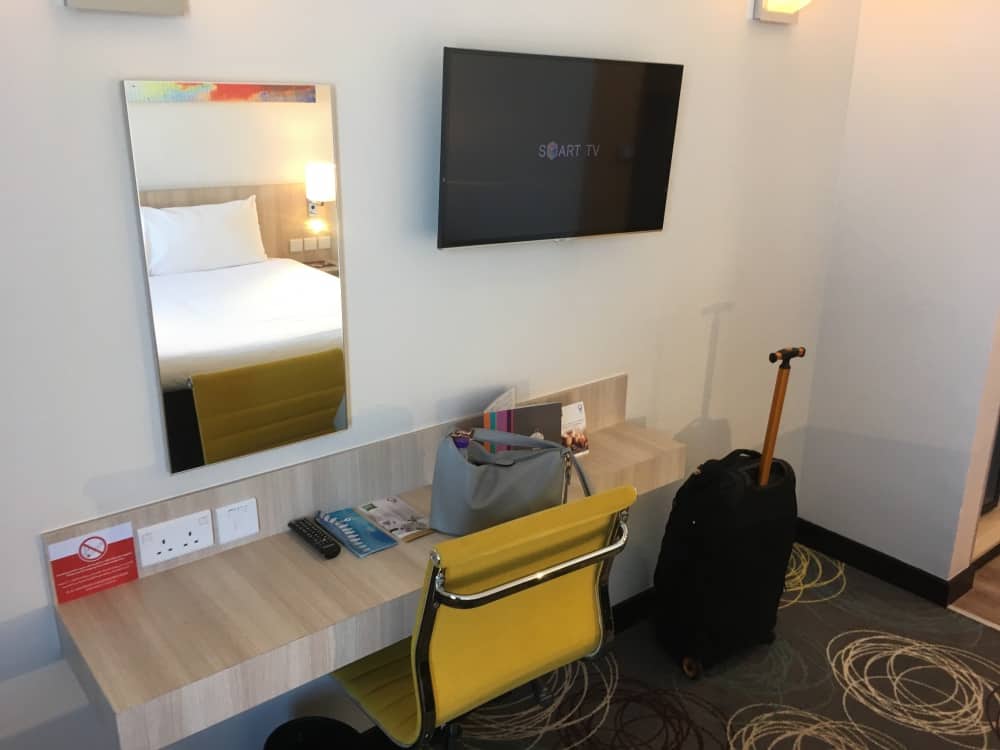 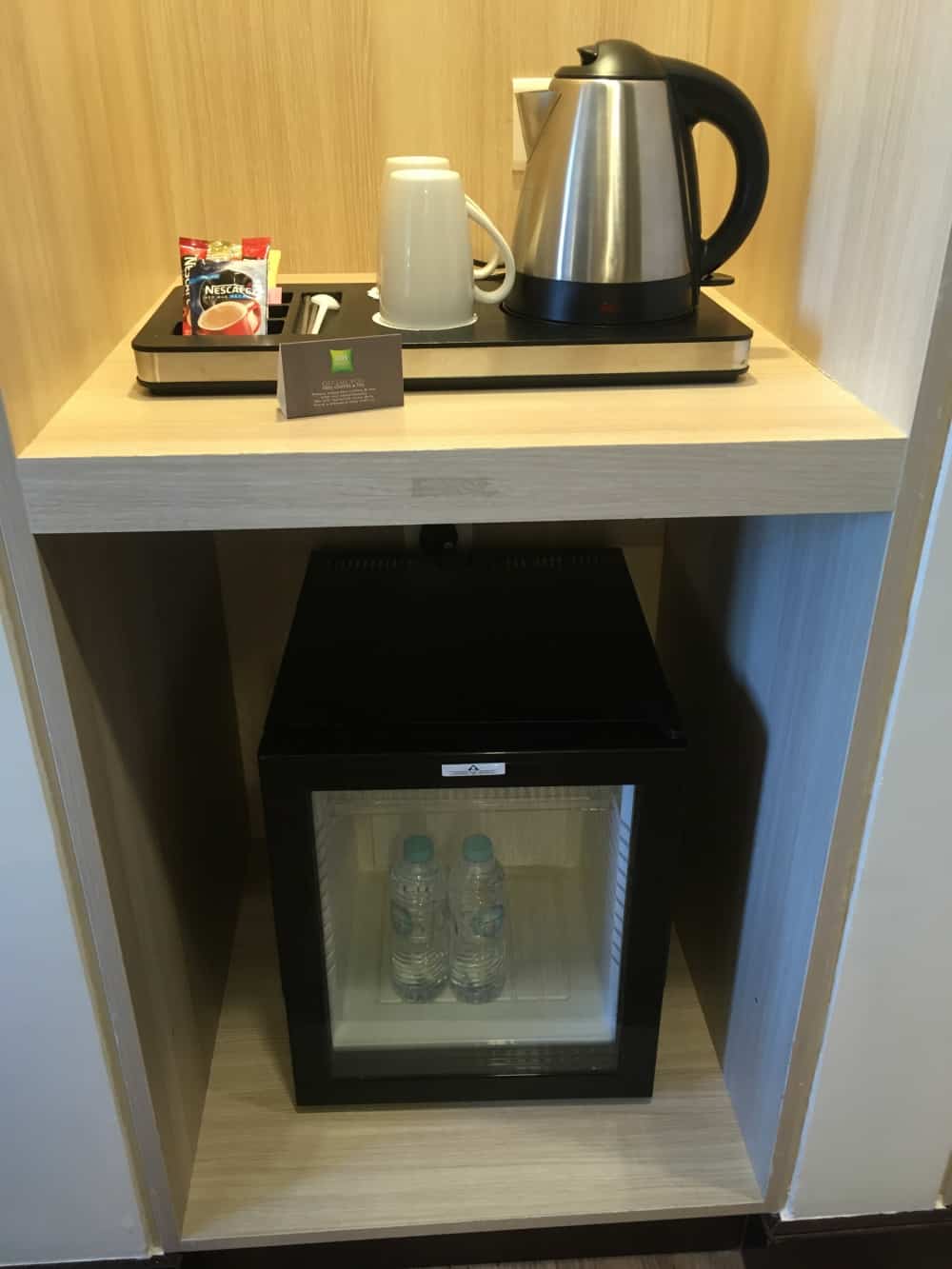 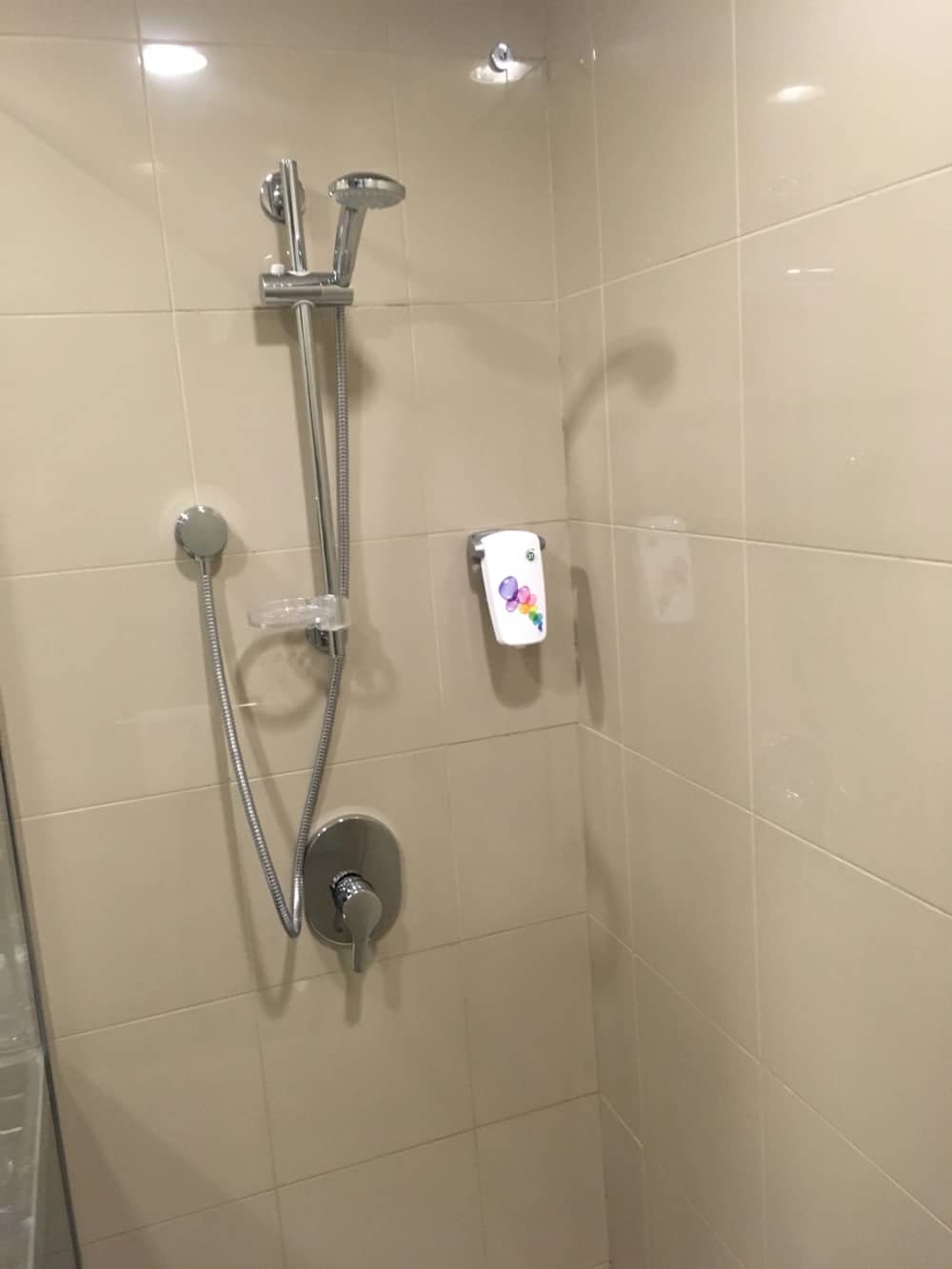 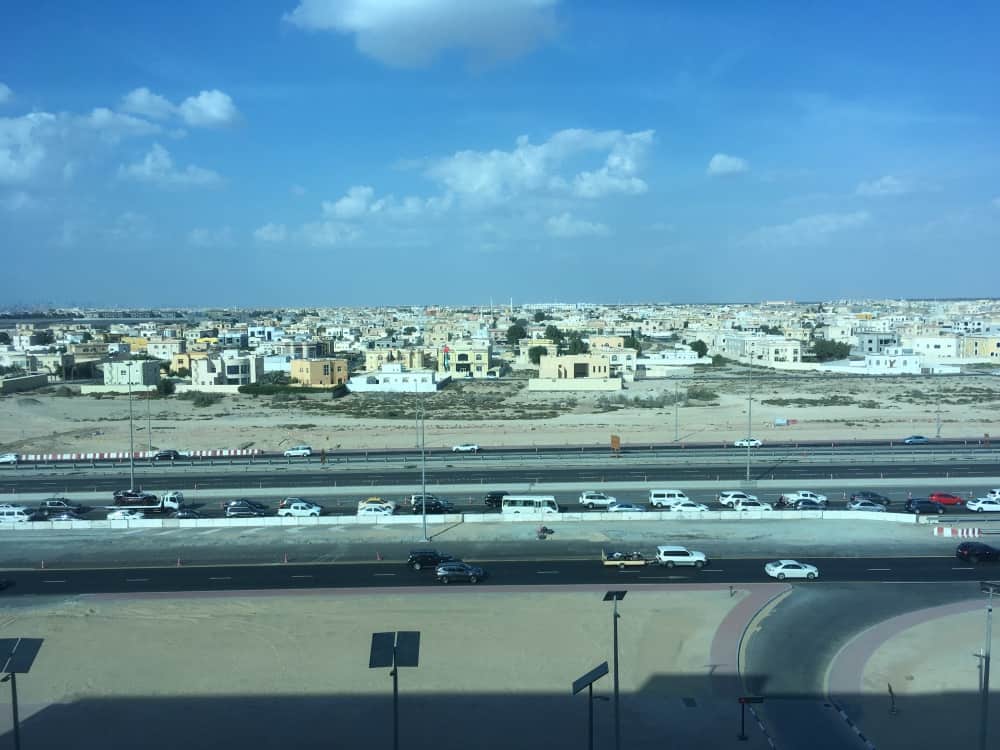 We headed off to have a look around and only get halfway through the original Dragon Mart before admitting defeat. It’s sharped like a Chinese Dragon and handy maps identify the general layout in order to navigate entrances and exits, there’s also a handy guide as to what sections sell what. 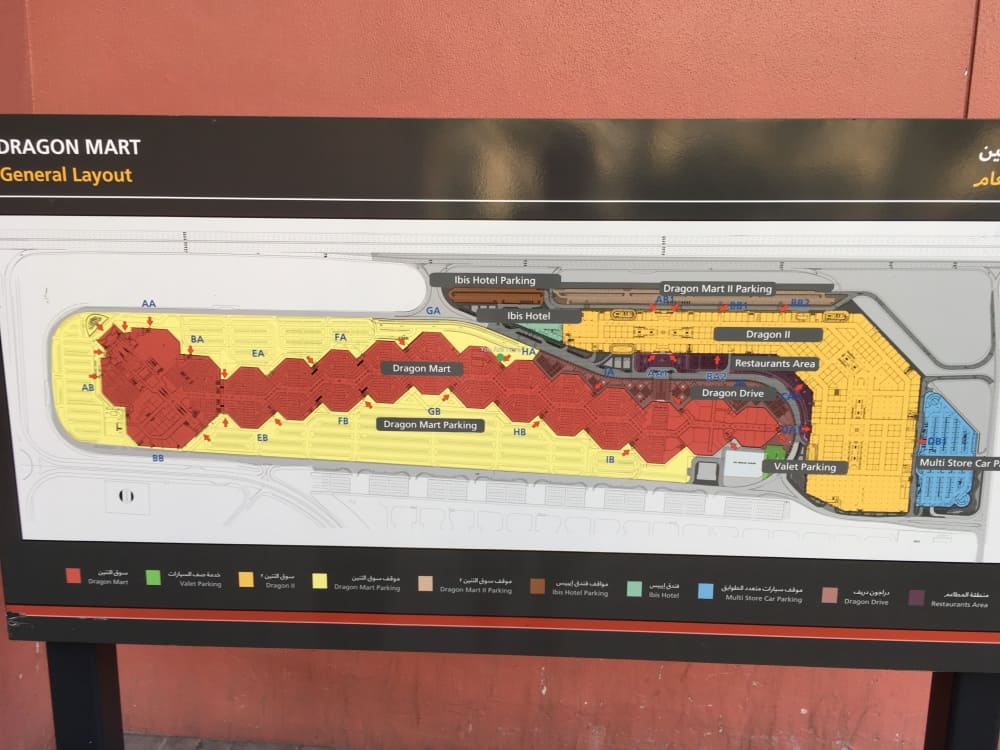 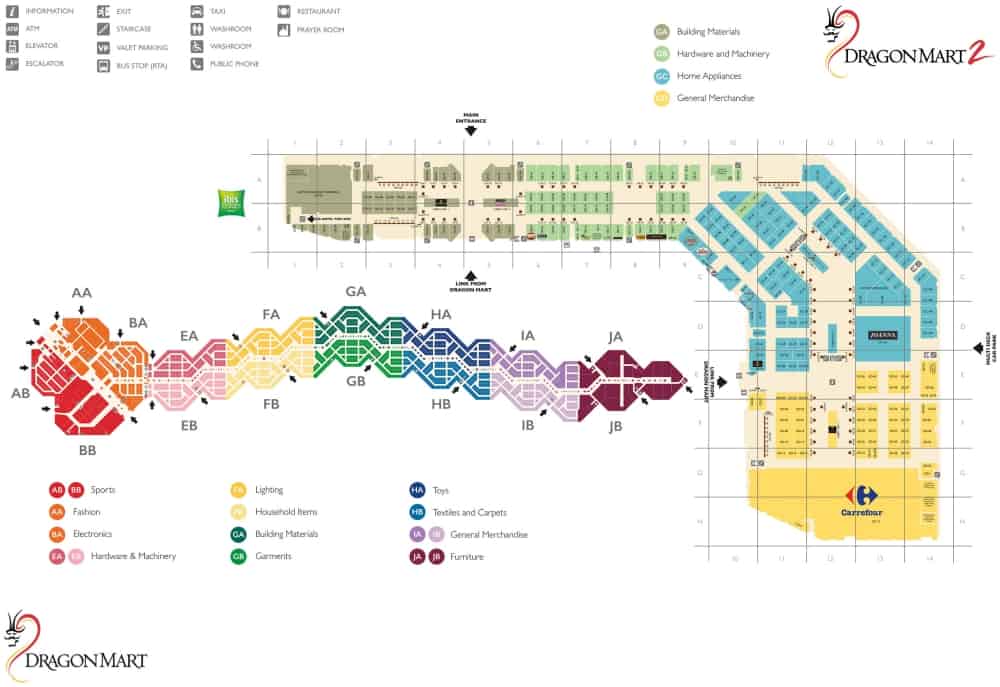 The tourist malls are multi level buildings with the shops clustered in antiseptic rows separated by huge aisles. Here, it feels more organic. There are back alleys and a wide range of shop sizes. I recognise none of the brands and I get the feeling that any price tags are mere starting points for haggling. There are more people shopping here and they are all locals – it just feels more real – less touristy and more authentic. We then head to the second Dragon Mart – this one adjacent to the Ibis and with its very own entrance from the hotel. This one is a curious combination of a touristy mall and Dragon Mart 1. 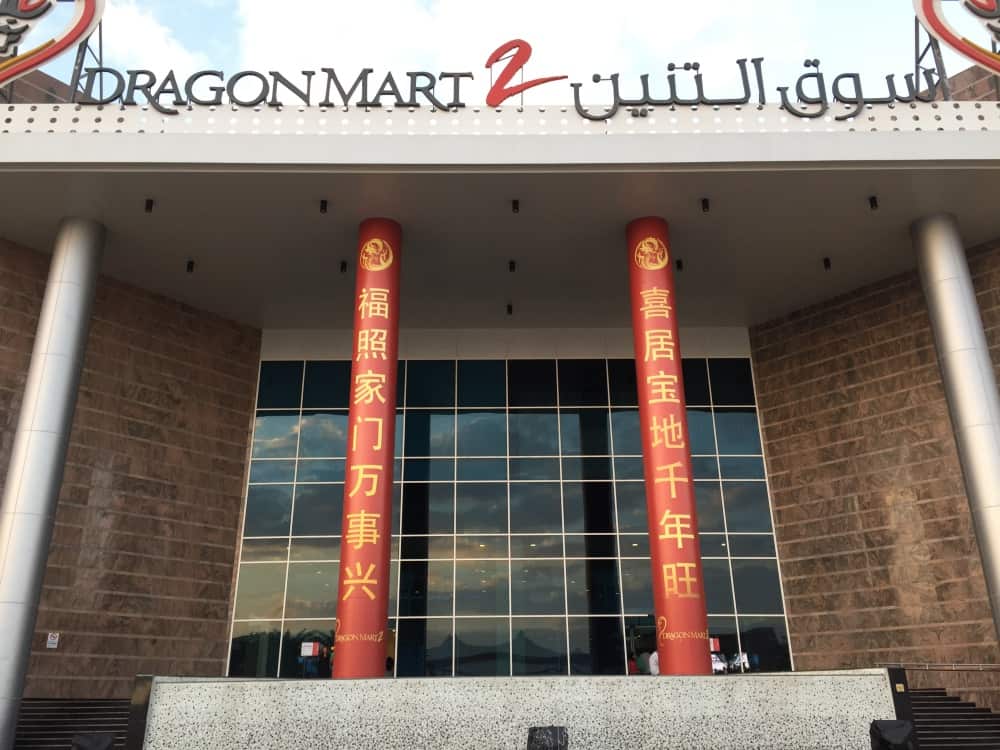 Shops opening out onto huge aisles and multiple stories accessed by escalators greet us, and a scale replica of a red London double-decker bus takes children around the various toy stores on the ground level. But the mall is strikingly empty and only half the shops have staff or are open. It’s almost as if everyone has decided to stay in Dragon Mart 1 despite the new mall opening. 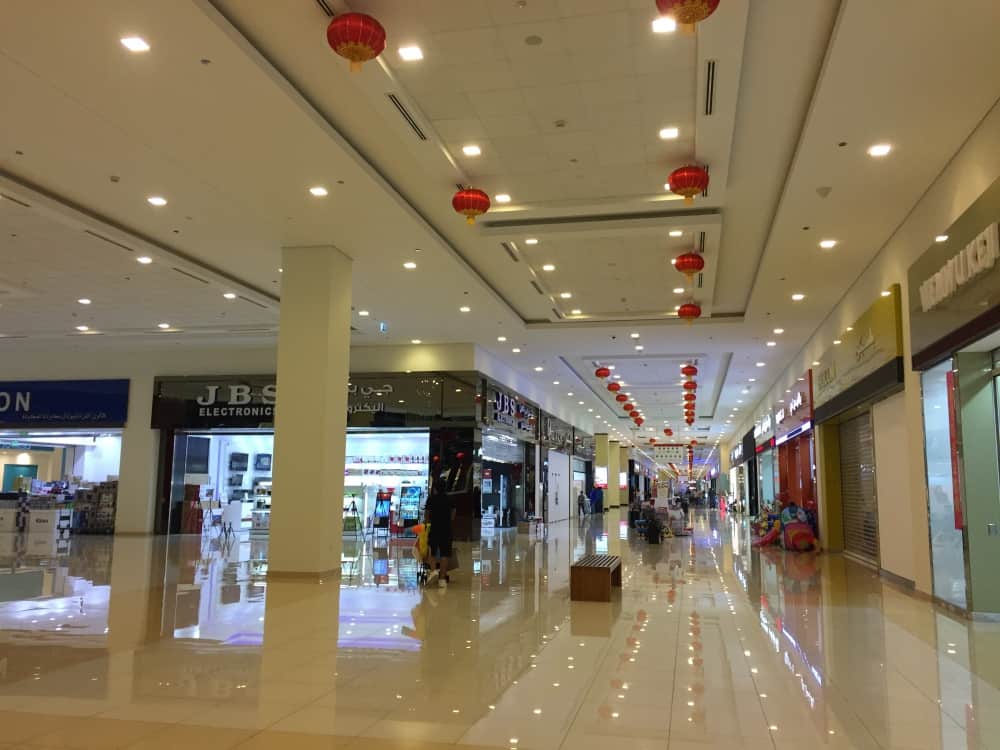 We get halfway along the mall before deciding to turn back for dinner but apparently at the other end there is a cinema and food court.

The company which operates the malls have big plans – the precinct is earmarked for another four malls, all within walking distance of the Ibis making this hotel particularly well positioned!

But when we do head down we are truly spoiled for choice. There is a great selection of both Middle Eastern and Indian inspired dishes along with more Western desserts. 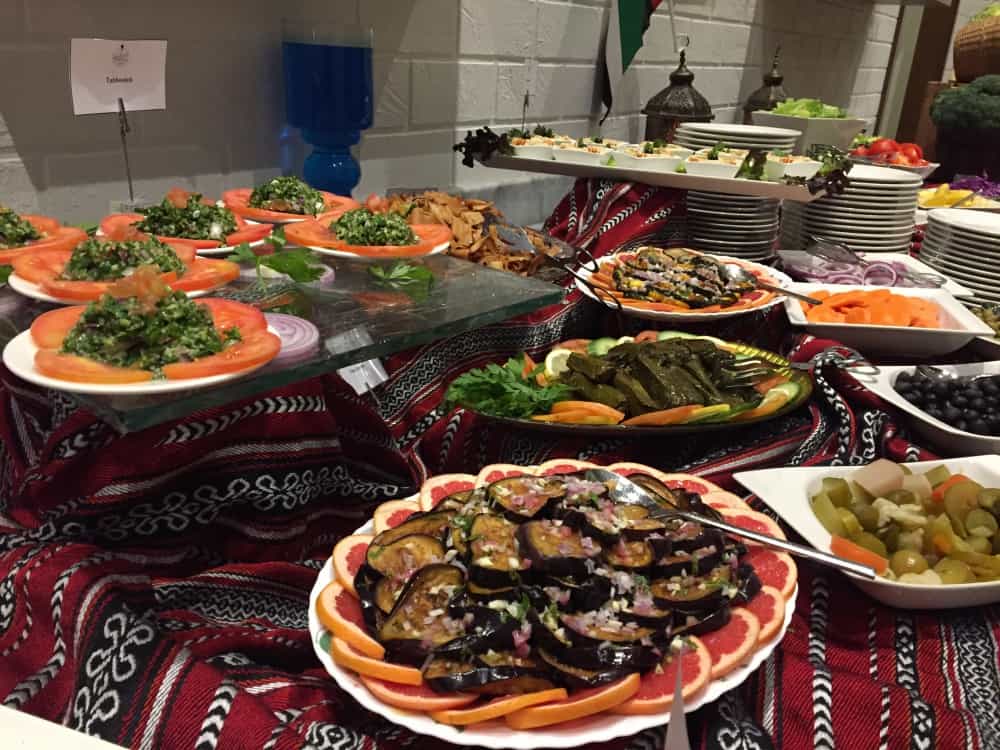 The staff are attentive and we enjoy the fact that there are not too many people dining when we’re there – more due to us being so early I think. I particularly enjoy the samosas and the deep fried fish bites, but the black forest gateaux is really the piece de resistance. The next morning we’re back in the restaurant for breakfast and there are much more people there – and again the buffet has something for everyone. There’s everything you’d expect from a continental breakfast like: cold cuts of meat and cereals and breads, along with a non-pork selection of cooked meats like chicken sausages and turkey bacon. My favourite is the omelette station, beside which is the waffle and pancake selection. I get the fried egg instead of an omelette and end up going back up for second helpings of waffles and pancakes with maple syrup. So good! There’s a fleet of taxis out the front of the hotel and after we check out we find one that accepts credit cards and head off.

I think I would – the Ibis is particularly attractive to people with business at the Malls or as a jumping off point for activities in the desert. So if any of that applied I would not hesitate to stay again.

The Ibis Styles Dragon Mart supported our Dubai trip by providing a complimentary stay. All opinions remain our own.