It’s threatening to rain when we show up to the Hotel du Printemps in the morning – too early to expect our room to be ready, and so it proved. We dropped off our luggage instead and headed out to Versailles instead.

Hotel du Printemps is handily located very close to the Place de la Nation – a roundabout celebrating the birth of the nation of France and the site of a particularly busy guillotine in the French Revolution.

More importantly today, the metro station under the roundabout serves four different lines and the bus stops above ground make this a very well connected location. Surrounding the hotel itself in the neighbourhood of Picpus are many restaurants, bistros and other eateries. On our many strolls to familiarise ourselves with the area it came across as catering to locals – always a good sign. 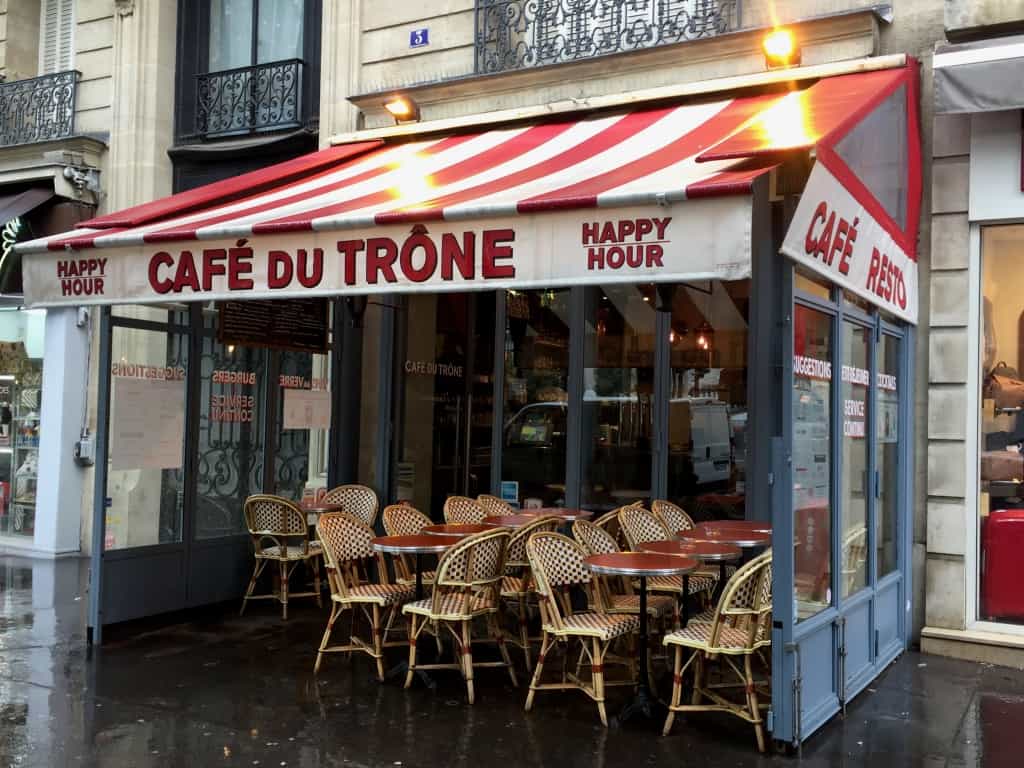 Closer to Place de la Nation there are even more restaurants, these ones feeling more touristy, though still with a large contingent of smoking French people with an assortment of dogs, big and small.

The hotel used to be the stables for the local mail station and if we stood very still we could faintly hear the rumble of the RER just below the surface.

Upon our return from Versailles we collect our luggage and head up to our room. French hotel rooms are small as a rule and ours is no different. It’s big enough for a double bed and little bedside table. Also in the room is a wardrobe and a TV mounted on a wall bracket above a desk. The bathroom is an L shaped room with the shower as one branch and the toilet in another. 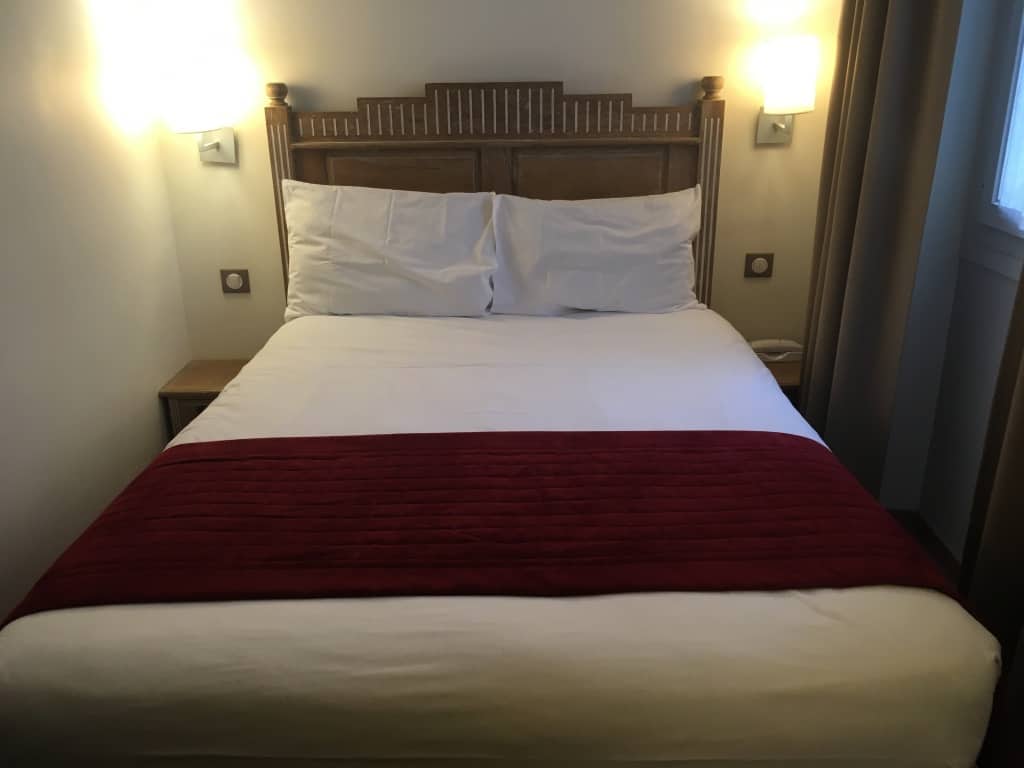 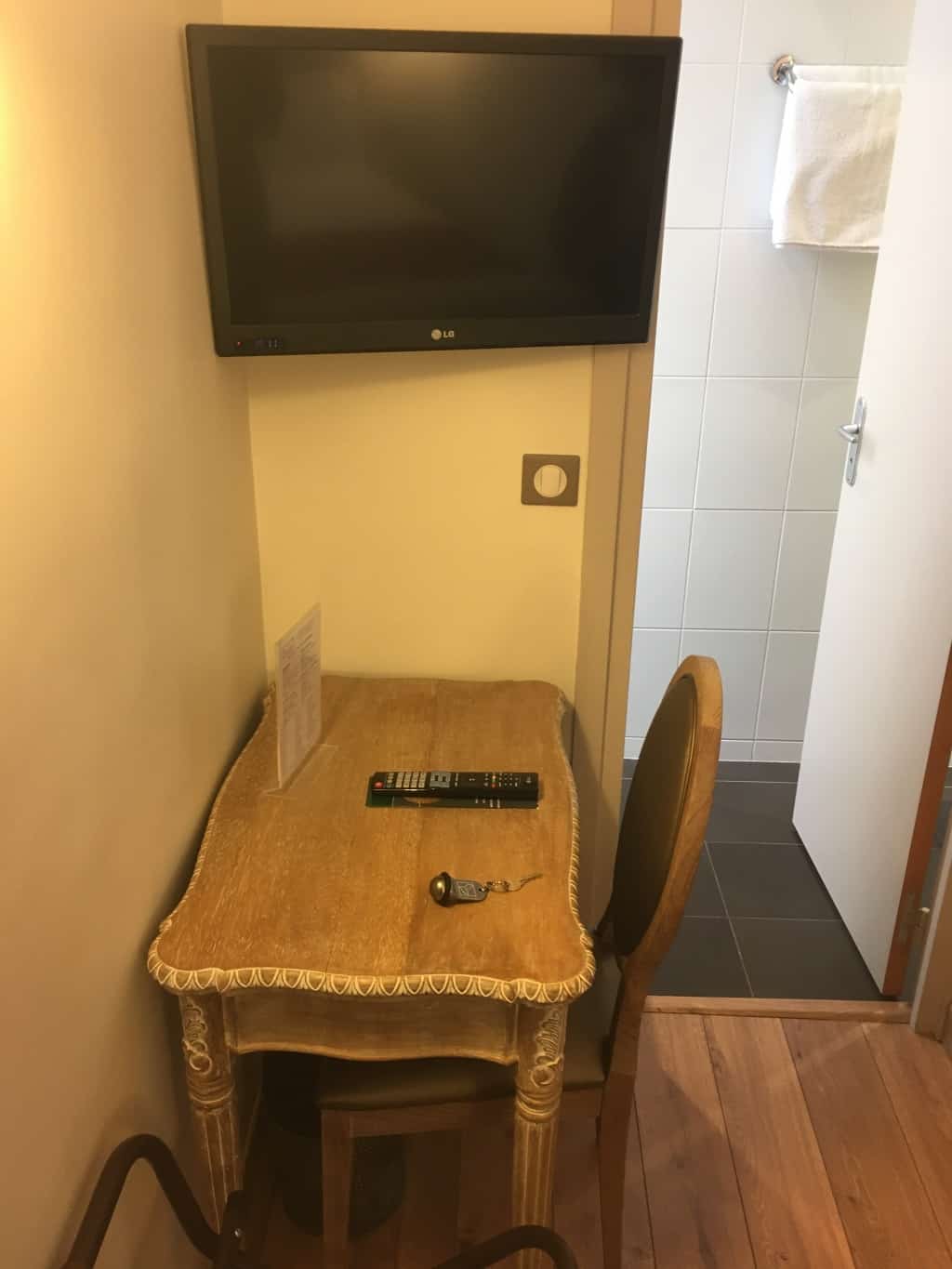 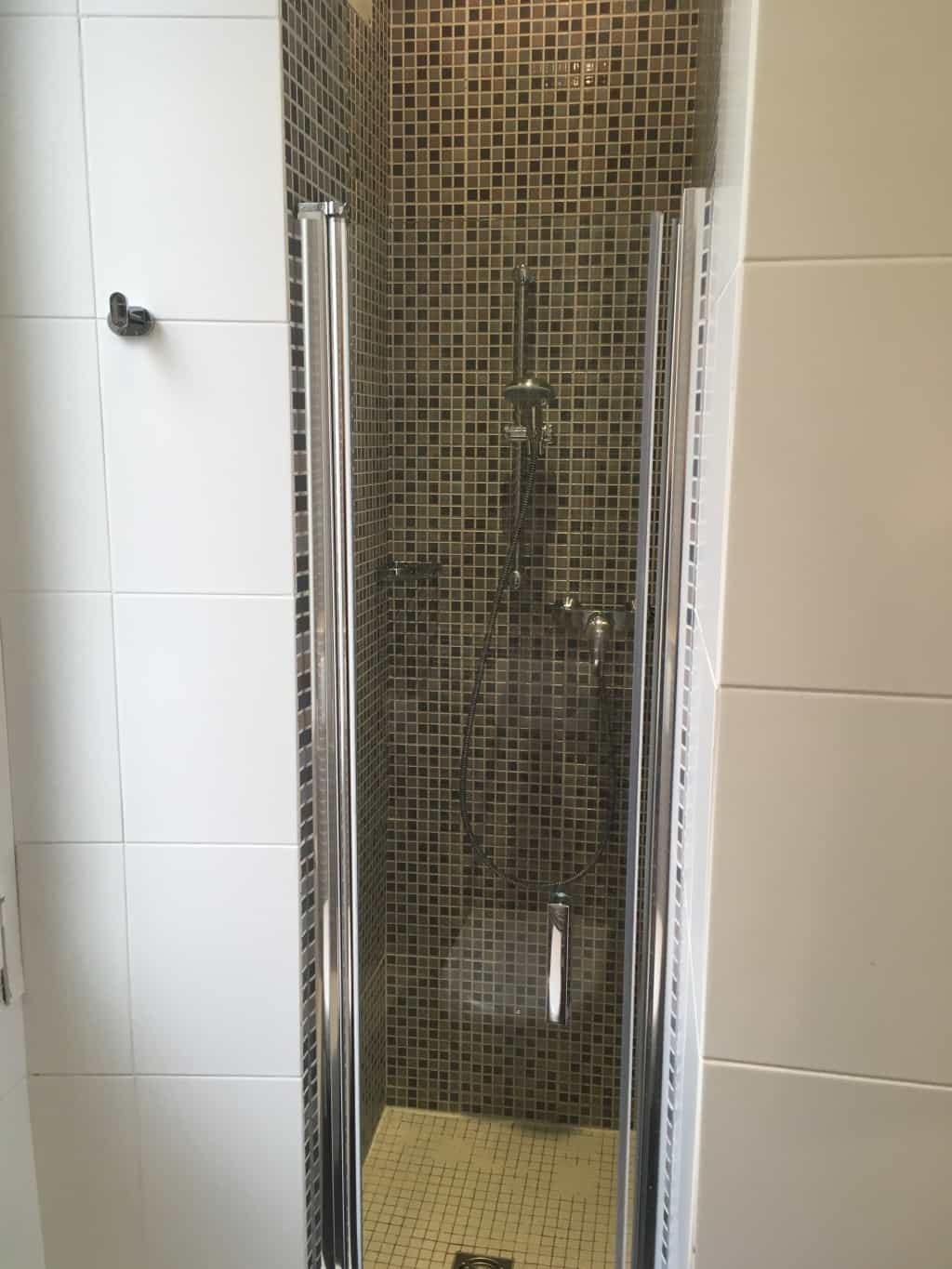 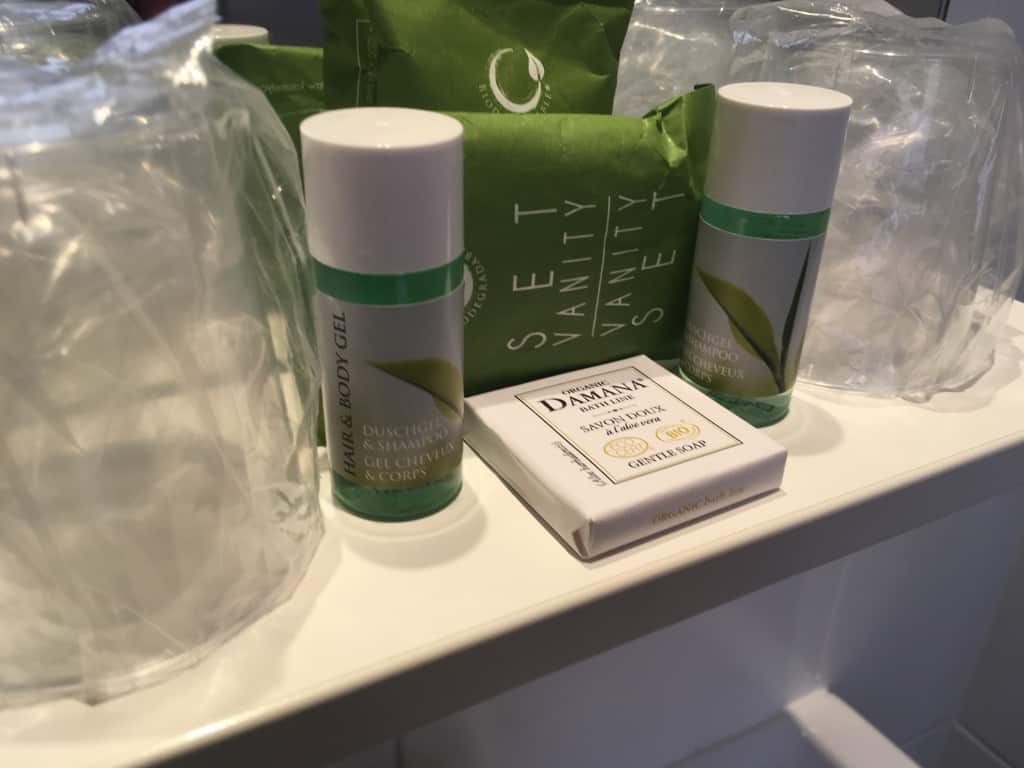 It’s a clever use of space and the shower is actually bigger than it looks from the outside. The tiling goes all the way up the walls and the ceiling is very high meaning that if you’re 7’+ tall you should be able to shower just fine! Most importantly, the bed is very comfortable.

Outside the breakfast room there was a deck with tables and chairs. The inclement weather meant that nobody was using it, but nice that it was there. 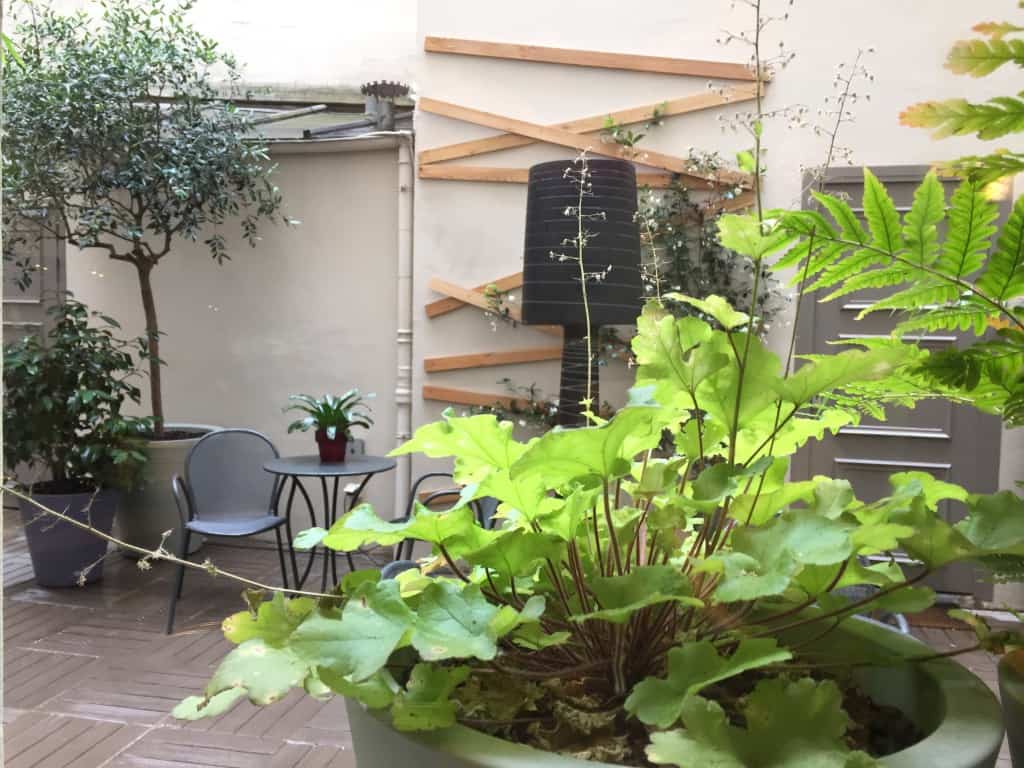 To get to our room we had the choice of a small lift or the stairs, and whenever you left the hotel you had to drop off the key to reception. Reception also let us borrow an umbrella when the heavens really opened up, which was appreciated.

For such a small kitchen area, the breakfast was surprisingly substantial. It was a continental one with a good selection of breads and cereals and they had the egg boiler that we’d noticed from other hotels in France. 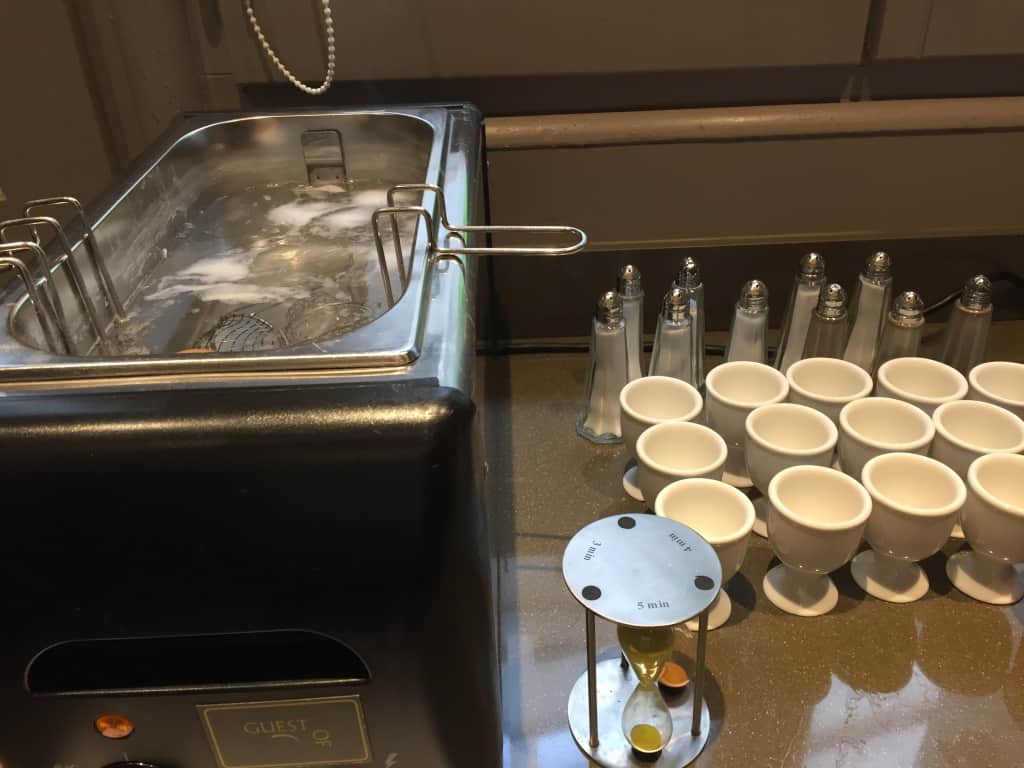 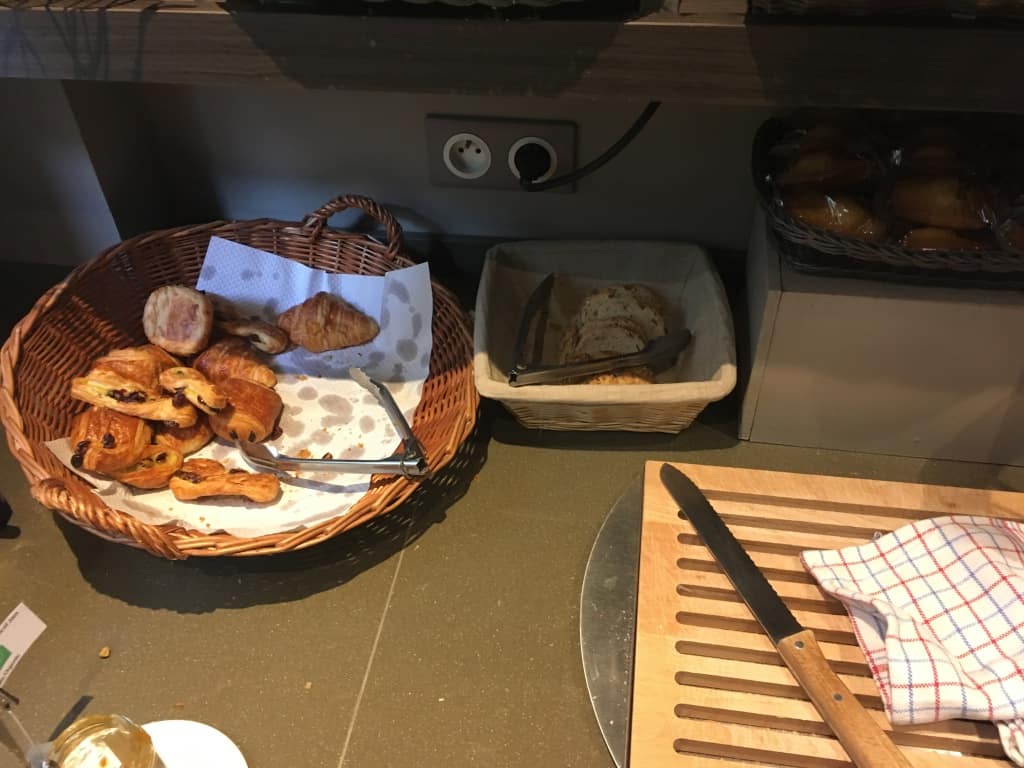 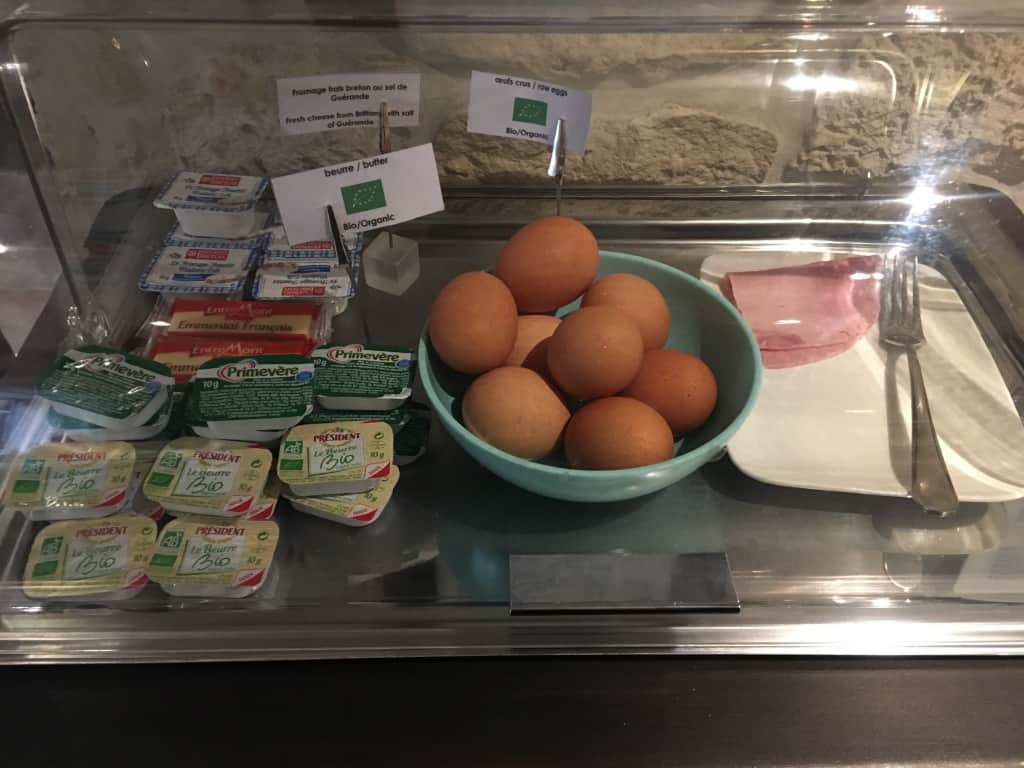 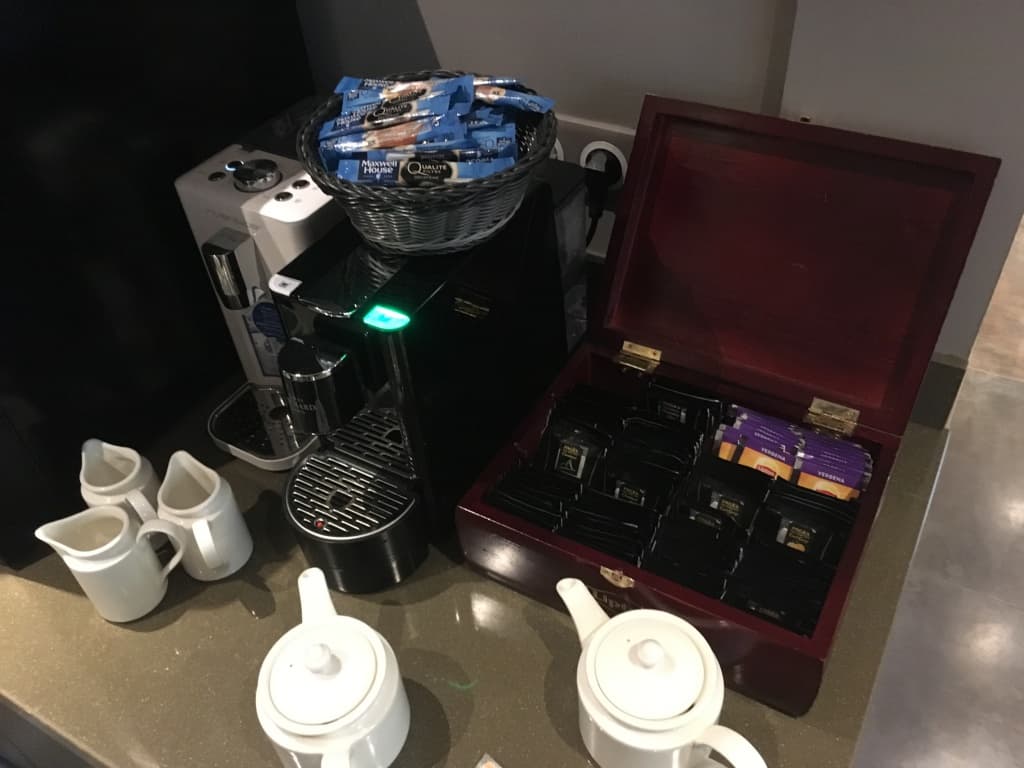 The obvious coffee and juices were also complemented with an array of yoghurts. The breakfast itself was served in a dining room over looking the street and was alongside a lounge area complete with fireplace, big screen TV and various newspapers, magazines and tourism brochures. A great place to contemplate the world’s events and plan your sightseeing in Paris! 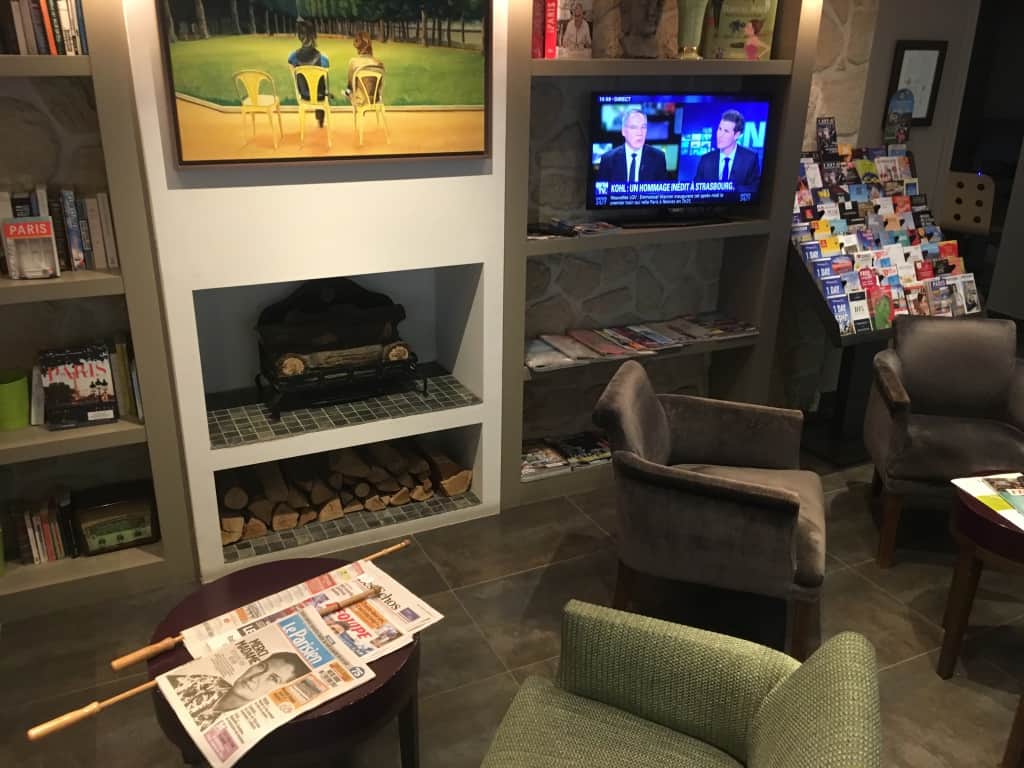 Sure! For an inexpensive stay in a less well-travelled suburb, you could do a lot worse than the Hotel du Printemps.

The Hotel du Printemps supported our Summer 2017: UNESCO tour by providing a complimentary stay. All opinions remain our own. 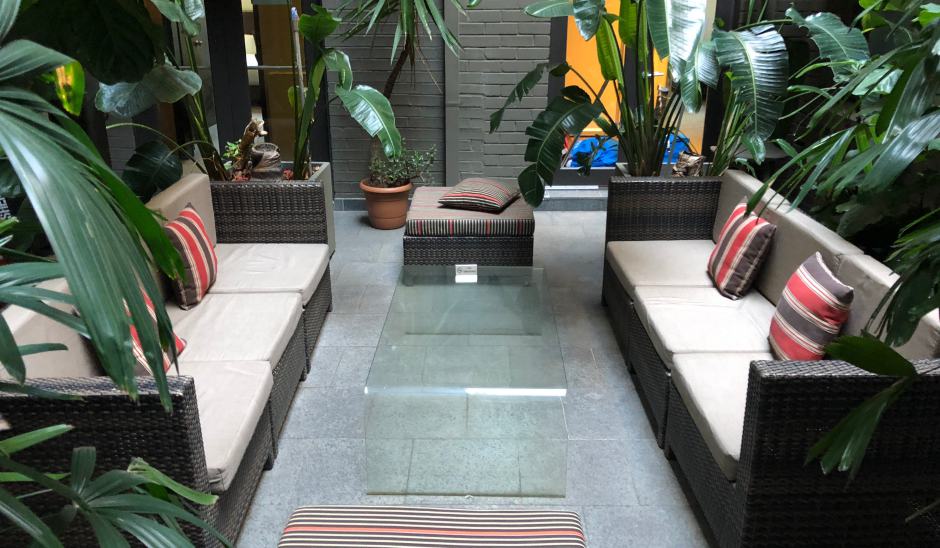