There are a few hotels actually at Schiphol Airport in Amsterdam, and the Hampton by Hilton Amsterdam Airport Schiphol is not one of them. No – as the name suggests, the Hampton is in the nearby suburb of Hoofddorp, a brief 20 minute free shuttle bus ride from the airport, nestled beside the rail line which serves the business park, and a fifteen minute walk into the shopping district serving the residential area nearby.

We’d decided to give the Hampton a try after Ange was coming in on a long haul flight to Amsterdam and wanted to start getting over the jet lag prior to starting our Scottish adventure.

We’d looked at the hotels actually at the airport and decided on trying something a little less pricey. The free shuttle swayed us and so I found myself just outside the main terminal at Schiphol looking for bus stop A7 and the free shuttle bus which served the Hampton, the Crowne Plaza and the Holiday Inn express.

I checked with the driver that the Hampton the bus was going to was the one in Hoofddorp, and then waited. I was amazed that I had actually made it onto the bus as my EasyJet flight had spent ages taxiing to the gate after landing, ejecting me into the terminal at about 9:45pm and the bus was supposed to leave at 10pm.

I was convinced that wasn’t going to be enough time to make it from the cheap end of the airport where the budget carriers arrived (no air-bridges), through passport control and out to the bus stop. At a 40 minute wait should I miss it, the last thing I wanted to do was to arrive and see the backside of the bus just leaving.

Surprisingly I managed to get through the e-gates after waiting for just one other person (the manned gates were likewise occupied by a tiny queue) and found myself at the bus stop with five minutes to spare.

There was a little confusion around the bus stops with a number of other hotel buses all competing for space at the same stop, but a lady was going around indicating that those looking for the Hampton, Crowne Plaza and Holiday Inn express should go to the nearby bus stop because that’s where the bus was.

I think we waited another ten minutes after our scheduled departure time to ensure that we got everybody, but then the full-sized bus set off for Hoofddorp. I was surprised that it was a full-sized bus – I had assumed that it would have been a minibus. Oh well. Not long later we were pulling up outside the Hampton and I made my way in to meet up with Ange.

At reception I was third in the queue of 10 and was astounded that they only had two staff on the reception desk. A manager was replenishing bottles of water at the snack bar and I assumed that he would help out when he saw the length of the queue, but no, he finished what he was doing and then sat in the reception area.

I couldn’t figure that out but it didn’t matter as the person in front of me got checked in and I could explain that Ange had already checked in and that all I needed was another swipe card for the room. And then I was away to the pair of lifts and up to the room.

The room was an ok size with muted decor. The bed was comfortable and a desk in front of the TV allowed you to get any work done. An office chair at the desk and an arm chair rounded off the main living area of the room.

The bathroom was well appointed with lots of light and the toiletries were in pump dispensers alongside the sink and in the shower. They were Spa Therapy by Waterl’eau.

In the morning we headed down for breakfast which was included with the room and were happy with what was on offer. Alongside the typical continental offerings were the standard hot foods of bacon eggs and sausages, and the welcome addition of mushrooms and the unwelcome addition of baked beans (not a fan).

Juice and coffee etc plus pastries mean that the nook they had set up the breakfast area in was very crowded periodically during the breakfast session – something to note and plan your trip accordingly. (I managed to capture a photo when it had thinned out).

The best part of breakfast though was tucked away a little removed from the breakfast nook. Beside the coffee machine was a waffle maker. A little cup sat under a spigot where you could get the waffle batter, and then you could open the waffle iron and pour the batter into it.

Once you closed the waffle iron you flipped it over which started the electronic timer. After two minutes a little alarm went off and you could open the waffle and remove the waffle, using the plastic tongs to extract the waffle should it stick to the iron. Then there was another nozzle out of which flowed maple syrup.

I found that one and half cups of the batter made a slightly thicker waffle – not that there was anything wrong with a single cup, but that made the waffle just a little thinner than I liked. Anyway, that was certainly the highlight of the breakfast for me!

After breakfast we headed out to Keukenhoff as we we’d done some research beforehand and knew there were was a massive botanical garden and fields of tulips out there. A special Keukenhoff bus left from the Hoofddorp bus/train connection and for EUR 10 each you could get a return ticket for the twenty minute journey.

Nearby was also a castle – a castle in name only as it was more like a stately home. Still nice, but be warned! At EUR 5 for a tour it was much better priced than the botanical gardens which cost EUR 30. The huge car-park and infrastructure around Keukenhoff indicated that the gardens were certainly a popular attraction to see!

After walking around the neighbourhood taking photos of the local flower beds (not tulips we discovered later, it was late March so we were too early), we headed back to the hotel for lunch, only to discover that for the period between breakfast and dinner that the kitchen totally closed down.

We could certainly avail ourselves of the snacks for sale but after our trek around Keukenhoff we really wanted something a little more substantial and so got directions to the shopping area of Hoofddorp.

Fifteen minutes later (which felt like 30 minutes) we were on the main street of Hoofddorp proper and found a local eatery to fill the void. The area around the hotel is largely an office park and thus devoid of eateries – and eerily quiet on the weekend.

The township of Hoofddorp on the other hand was a bustling suburban town centre with a cinema and shopping centre complete with a fashion show of the local latest styles. We were exhausted at that stage and just settled for Subway.

My legs by that stage were letting me know just how many steps I had done, and so we slowly made our way back to the hotel, finding on our way the short cuts we should have used on the way into town.

We checked out the gym on the way up and were quite surprised with the selection of equipment and the large exercise room. A pair of treadmills, exercycle and weights along with Swiss balls and yoga mats all looked out over the intersection outside through semi-frosted glass.

A warning sign contained a stern admonishment not to over-exercise, and so I took that advice to heart and we headed back up to the room.

That evening we elected to try the restaurant for dinner. It was a bit difficult to work out how it all operated. There was one staff member who suggested we talk to her colleague before slinking away. Eventually, after snaffling a couple of menus, we worked out that we ordered at the bar from the other staff member who was out of sight when we arrived.

They were out of Radler, as they transitioned from one season’s menu to the next, so I made do with lemonade and beer (which is pretty much the same thing). Ange and I both ordered the burger which came with side salad and a smattering of potato wedges.

The meat patty was very thick so I certainly think we came close to getting our money’s worth, even if it was heavily seasoned with salt to make it tasty. Service was a little slow with dirty tables not being cleared between when we arrived to when we left and some guests had to clear things off their own table so that they could sit there. We didn’t stay for dessert.

The next day we made sure to book our spots on the free shuttle bus back to the airport and saw the remainder of the loop that the bus took. Because the Hampton was the first stop after the airport, we hadn’t seen the other hotels it serviced and it was cool to see the other two, the Crowne Plaza and the Holiday Inn.

We could also see why the bus had a 40 minute periodicity – it took twenty minutes to pick up all the passengers and get to the airport and about the same to drop them all off.

I wasn’t too impressed with the service at the Hampton (specifically check-in and dinner), and while the breakfast waffle station was cool, if I needed a Schiphol hotel, I’d try one of the others. If you don’t want to faff around with a shuttle bus, and want to stay actually at the airport, you’re looking at a substantial bump up in room rate, but as always that is the cost of convenience. 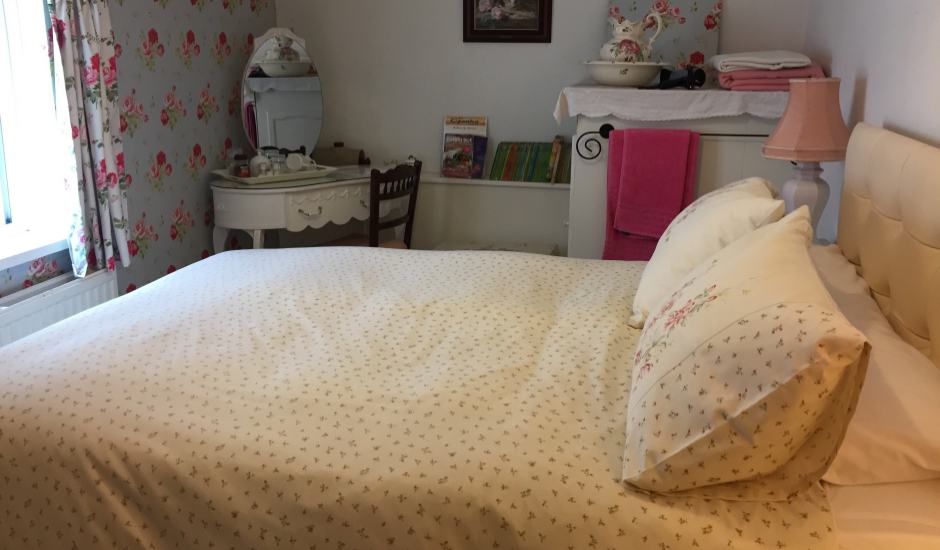 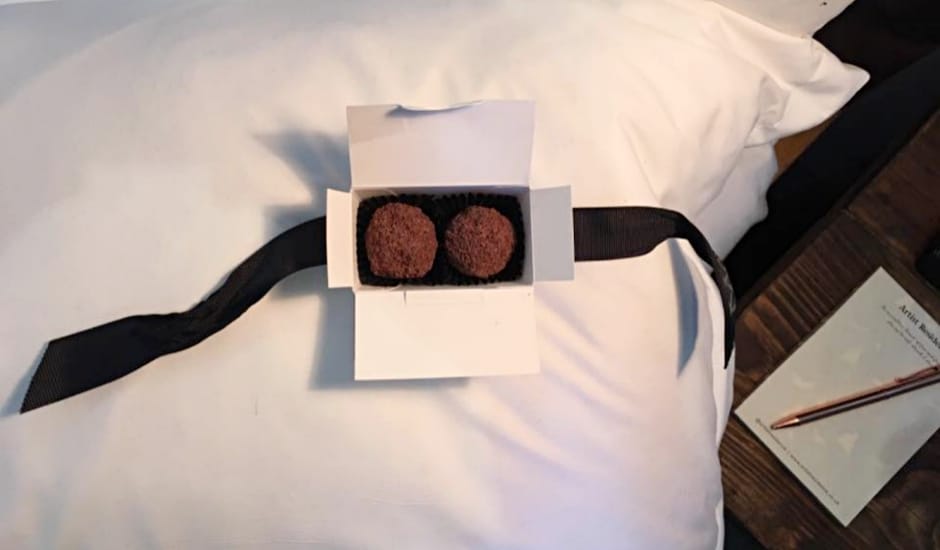