I arrived at the Radisson Blu Plaza Hotel well into the night after a flight from Auckland and found that I had been upgraded to a corner room. The room itself was circular and felt quite luxurious – in one corner (corner? in a circular room?) was a work desk beside which sat a cabinet with a coffee machine on top. 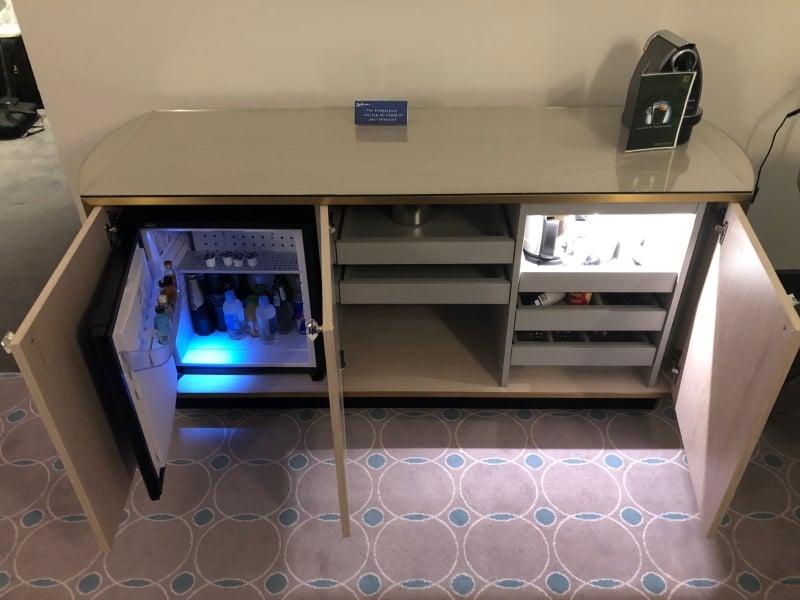 Inside the cabinet were the coffee cups and assorted coffees, hot chocolates and teas. The other end of the cabinet held the fridge with the mini-bar. Directly opposite the entrance was a lovely couch and a couple of chairs and a table, but my attention was captured by the bed. 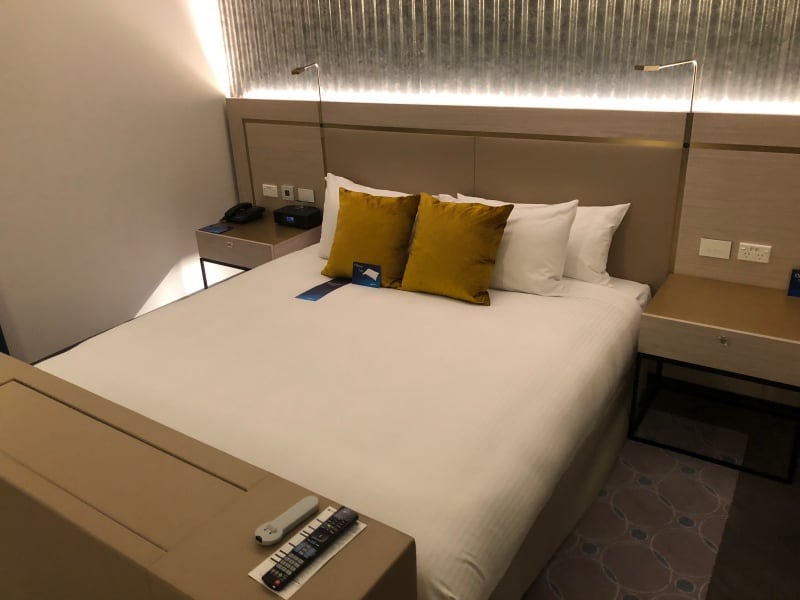 It was huge, and resting on top of it was a menu of what pillows were available. I was perusing the menu when I noticed that there were two remotes beside the bed. One was obviously for a TV, and the other had just two buttons on it (up and down arrows).

A quick glance around the room failed to unearth the TV, but the clues were enough to figure it out. Lo, when I clicked the up arrow on the second remote, the TV emerged from its home in the footboard of the bed. 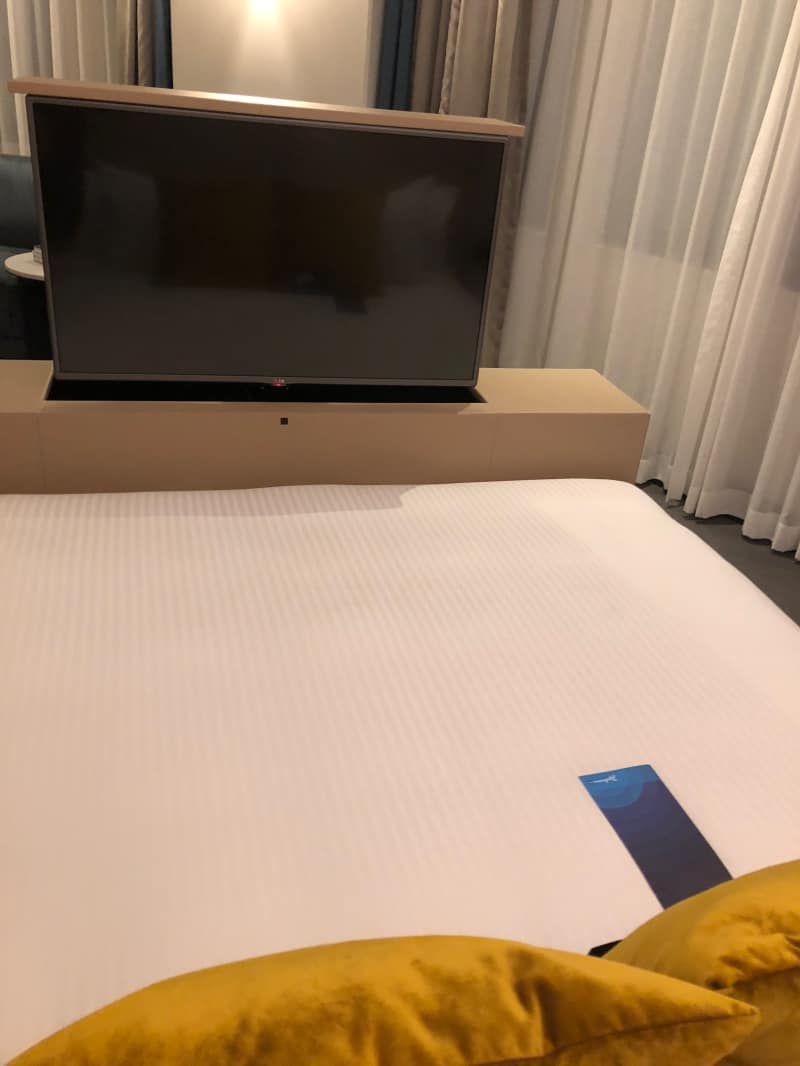 I must admit to being a little too taken with the novelty of the TV, but after I had gotten over it, I went down the hall to the bathroom. That’s right: a hotel room with a hall. After passing a separate toilet, at the end of the hall was the bathroom which had both a shower and a bath with Jacuzzi jets. 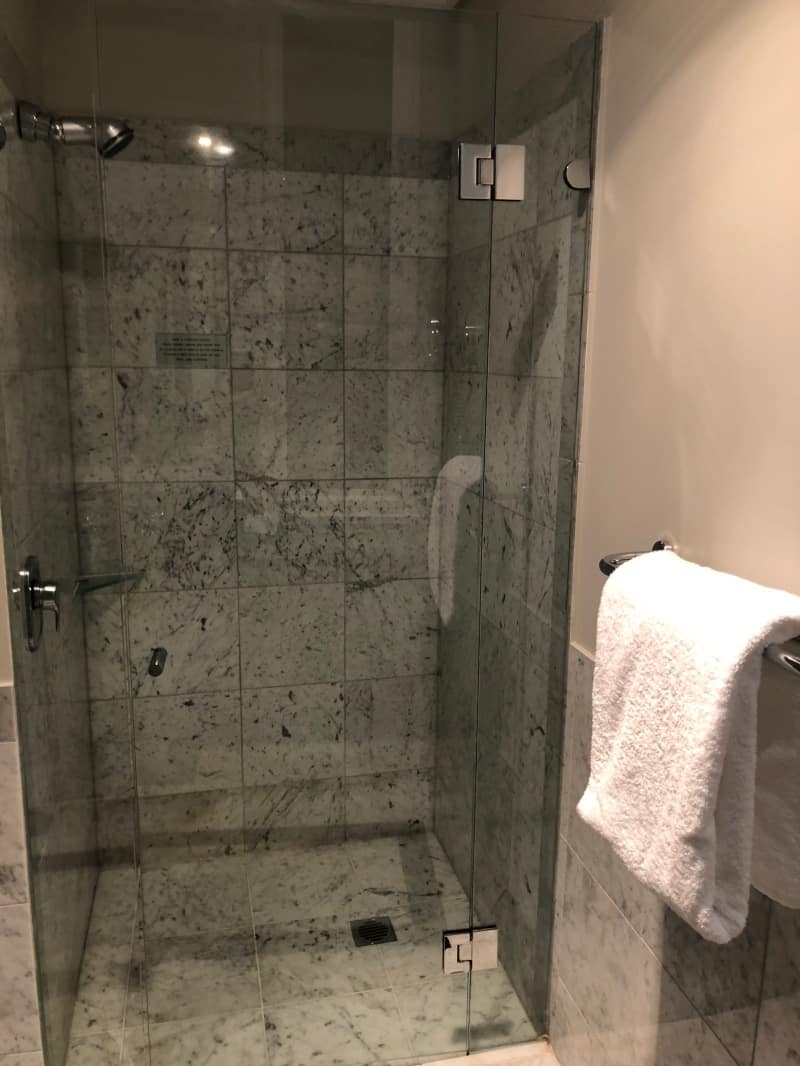 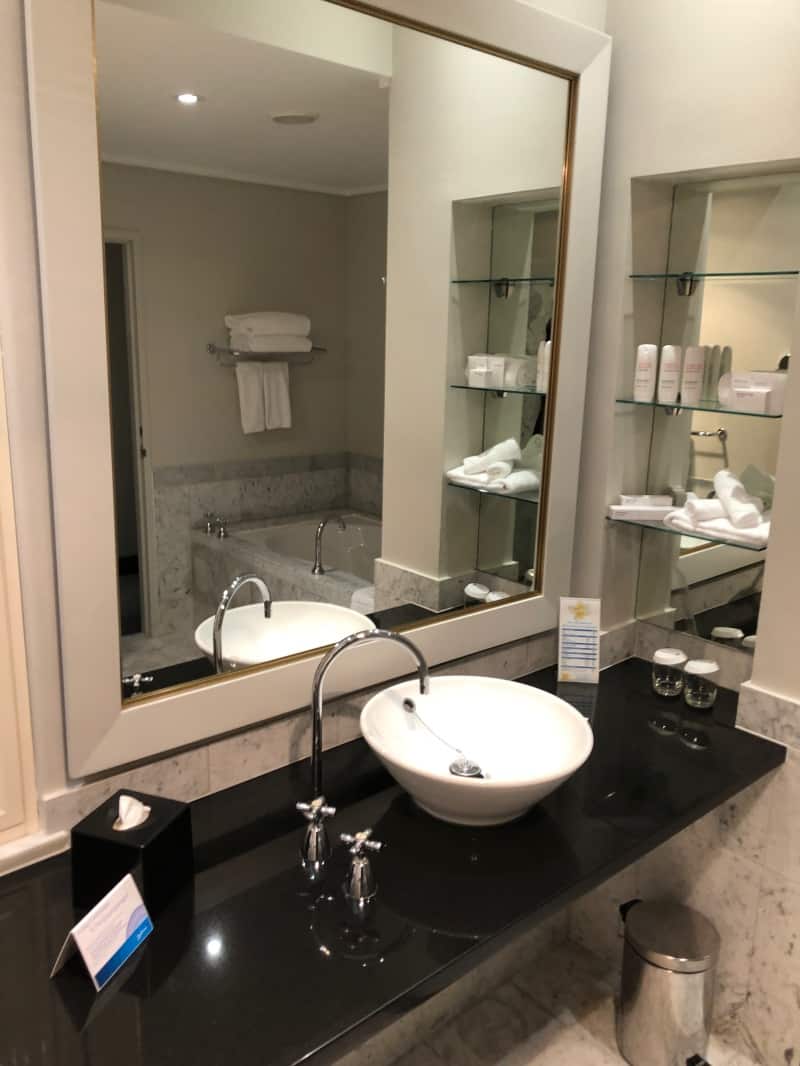 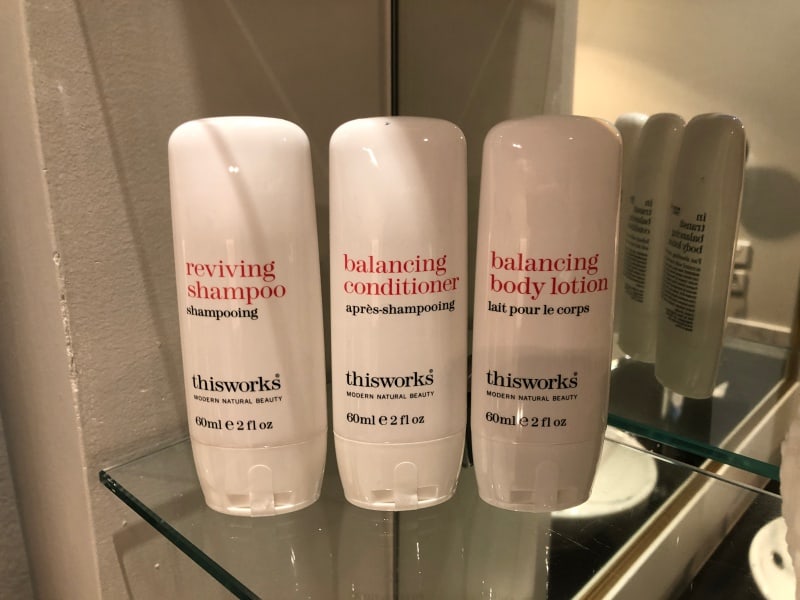 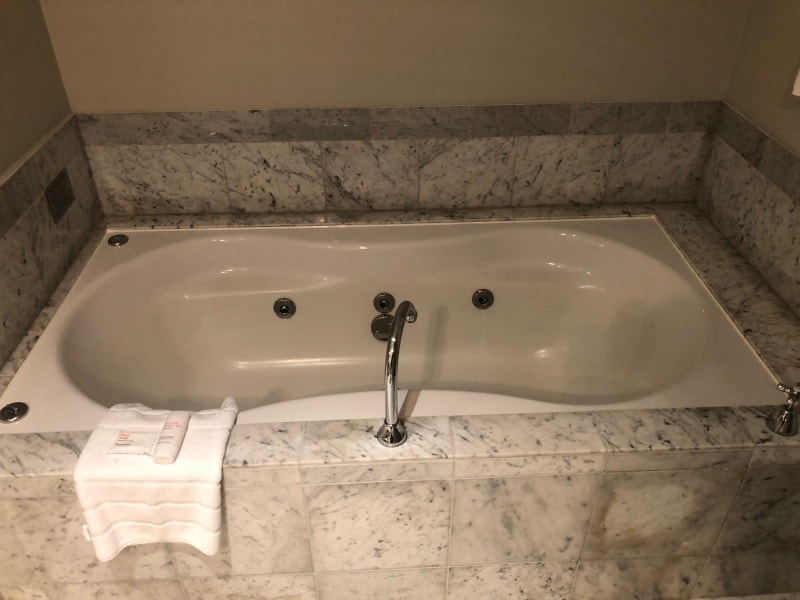 I’ve had fun with foam in other Jacuzzi baths, but decided to be a little more restrained this time and only put a little of the bath gel in. Still, there is something very relaxing about the hot water being jetted over sore muscles.

I decided to forego breakfast in the hotel – I couldn’t justify paying $35 for breakfast, but the Radisson is right in the middle of town, so a five minute walk got me to four or five coffee places, one of which did a great bacon/2 egg/hash brown roll for less than $10.

The centrality of the location can’t be overstated – the Radisson is handily located near the civic buildings while still being a very short walk to Circular Quay and the restaurants near the Opera House with their views across the harbour to the Bridge and beyond. 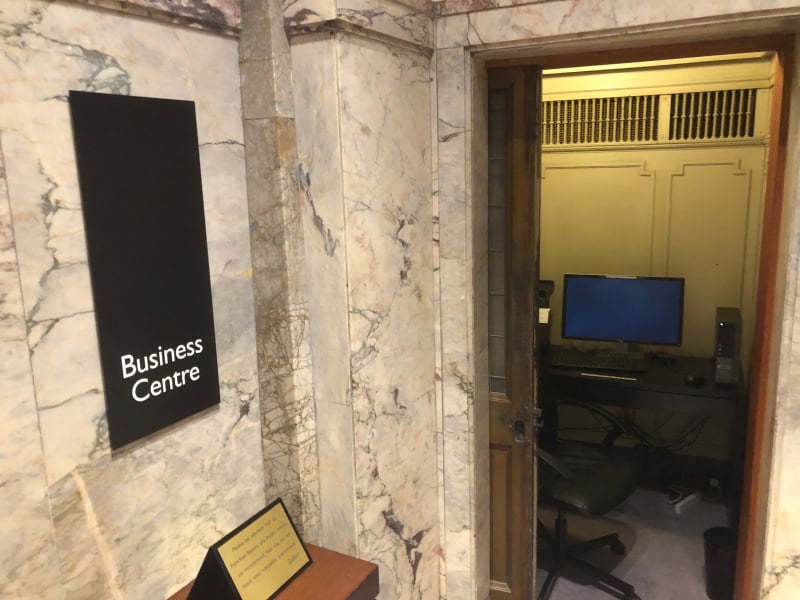 Definitely – while there is no view from the hotel itself, it’s so close to the iconic views that it doesnt matter. 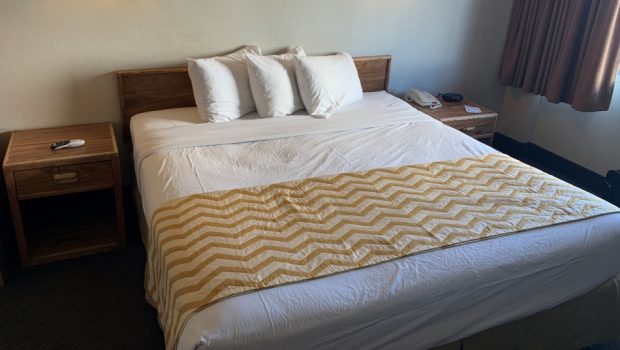 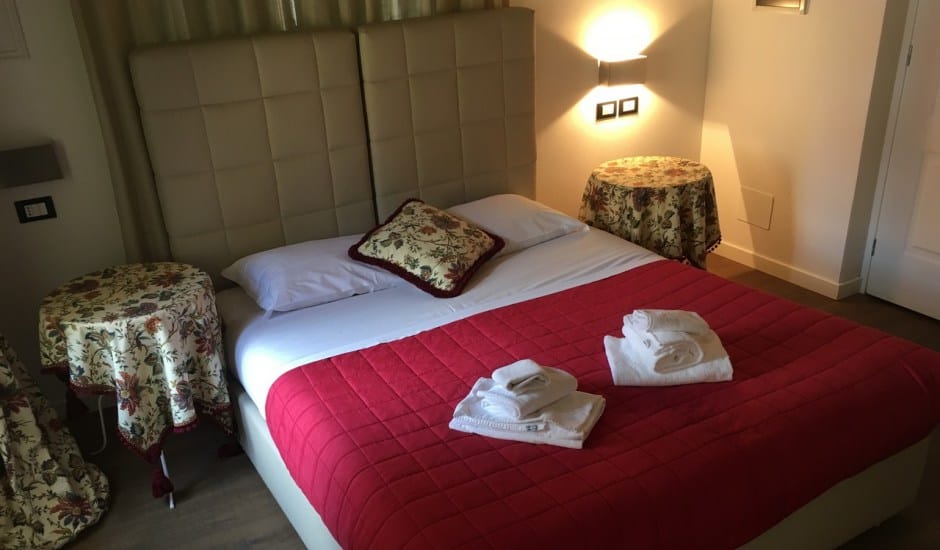