I wanted a VR rig which could be put in a backpack for carry on luggage on flights. This would placate my paranoia about anything happening to it if checked in and allow me to show my family VR on the other side of the world.

I had previously bought a laptop with a good video card for any games that I might want to play and now that VR was out I realised that I couldn’t use my laptop for VR (because the graphics card wasn’t good enough).

But I also couldn’t upgrade the video card on the laptop. Due to this my search for a portable VR rig would steer clear of laptops. The premium for mobile gaming on a laptop was too high also – the difference in price between the same spec machines laptop vs desktop was significant. 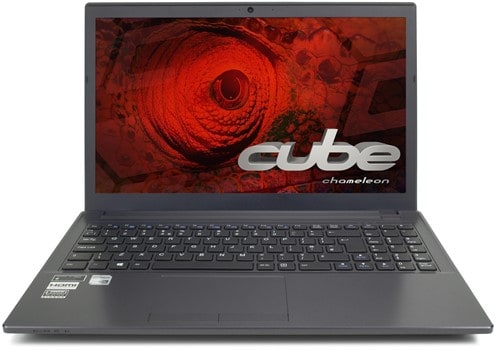 Old laptop with a GTX850 video card. Pretty good when it first came out, not good enough to do VR

So if laptops were out, what were my options?

But there were two other options: a SFF (small form factor) case, or else the combination of a NUC (Next Unit of Computing) and an eGPU (external Graphics Processing Unit). Lets start with the combo.

The two boxes are connected using a Thunderbolt cable, but apparently there’s a 30% performance hit from using the eGPU, which ruled it out for me. Amazing ability to upgrade though. 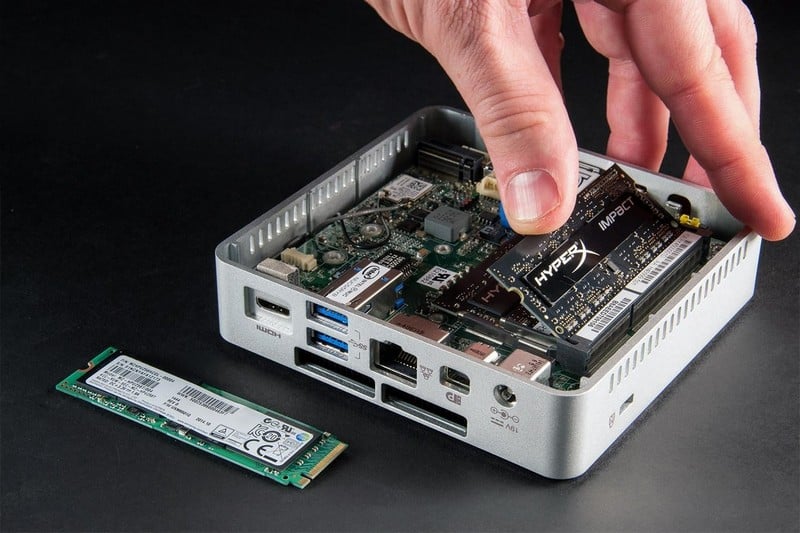 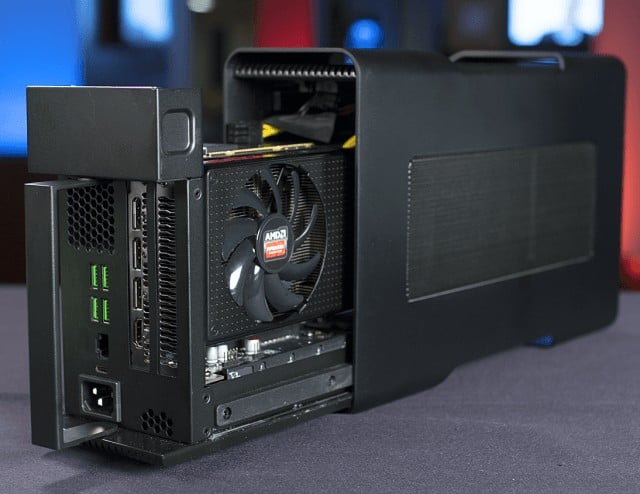 An eGPU showing the video card inside 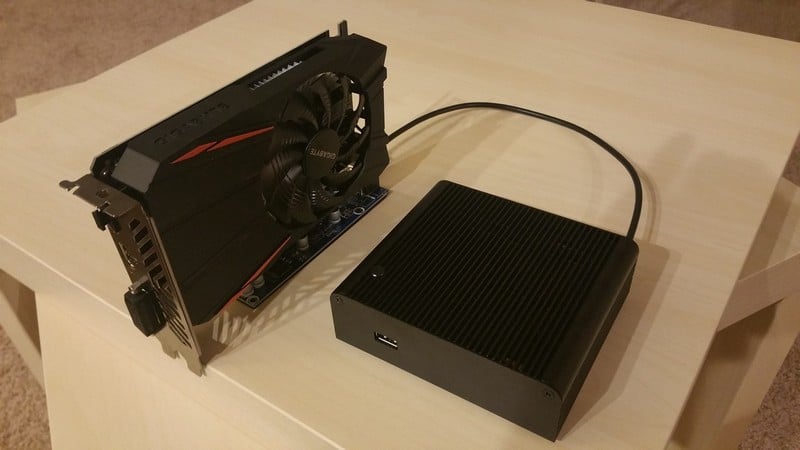 A nuc attached to a eGPU 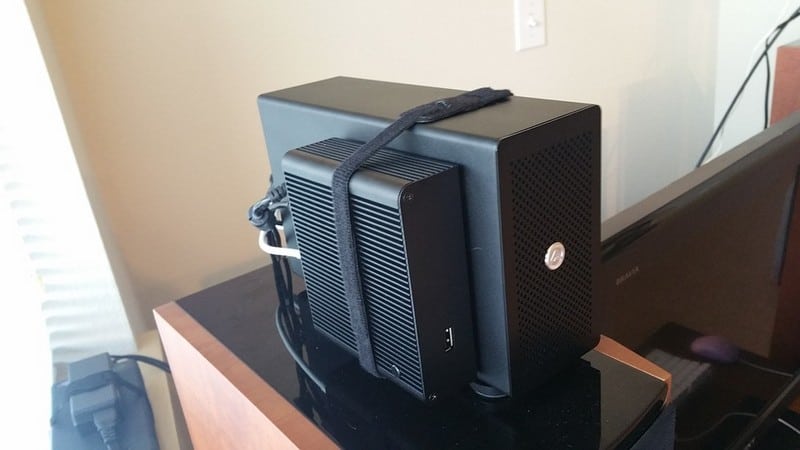 So that left me with a SFF. That’s a case that more closely resembles a DVD/VCR in size and thus is more likely to fit into cabin baggage.

I ended up selecting a Fractal Node 202, merely because I could get one before Christmas, whereas my other choices wouldn’t be available. By changing the proportions of the case, there is only just enough room for the components, so no wasted space. There are certainly other SFF cases which would do the job, and some are even funded with Kickstarter campaigns.

Getting a SFF case also meant total control over the components that go into it which is a blessing and a curse. It’s a blessing because you can mix and match where you want to put your money in terms of better components. It’s a curse because you have to put the thing together yourself. It is a bit like adult lego with straight forward instructions and components which click together. 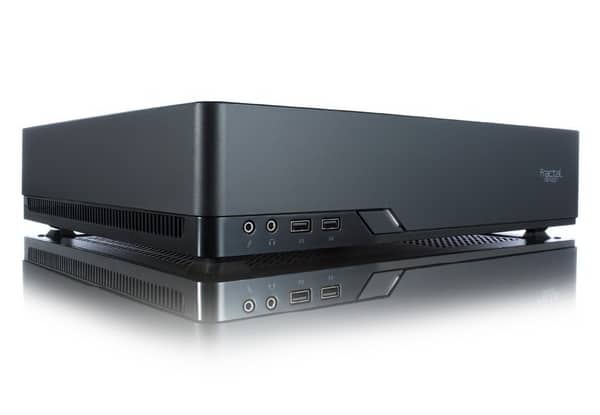 There’s pretty much the same religious arguments of which is better between VR Headsets as there are between CPU manufacturer (Intel vs AMD), graphics card manufacturer (NVidia vs AMD), operating systems (Windows vs *nix) and computer manufacturer (Apple vs PC).

I’d love to be able to tell you I weighed up all the pros and cons between the two main headsets (HTC Vive and Oculus Rift) and decided which one to get based on a scientific weighing up of the pros and cons, but to tell the truth after I did all the research and asked a lot of questions of people in the trade, I just decided to buy the cheaper one.

The Oculus Rift comes in a very well made sturdy box which is totally inappropriate for carry on luggage. Don’t get me wrong you could take it onboard, but it would use up your one piece allowance on budget airlines.

This is especially galling when the components within take up much less room when unpacked. So I elected to get a hard case for just the headset and then stash the other components into my backpack instead. 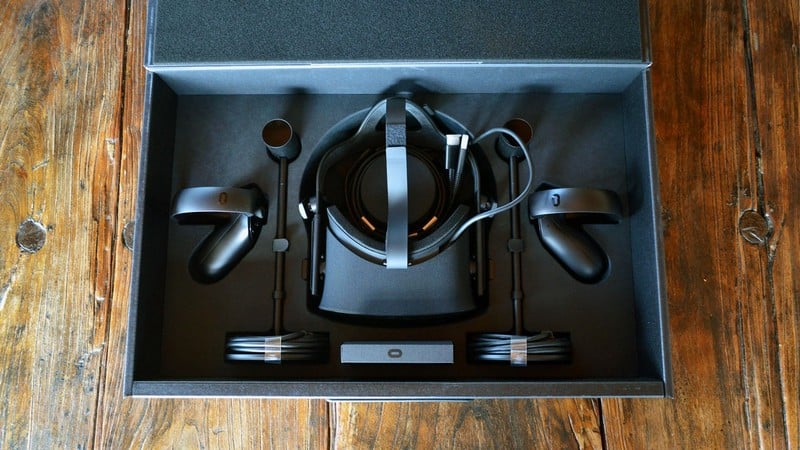 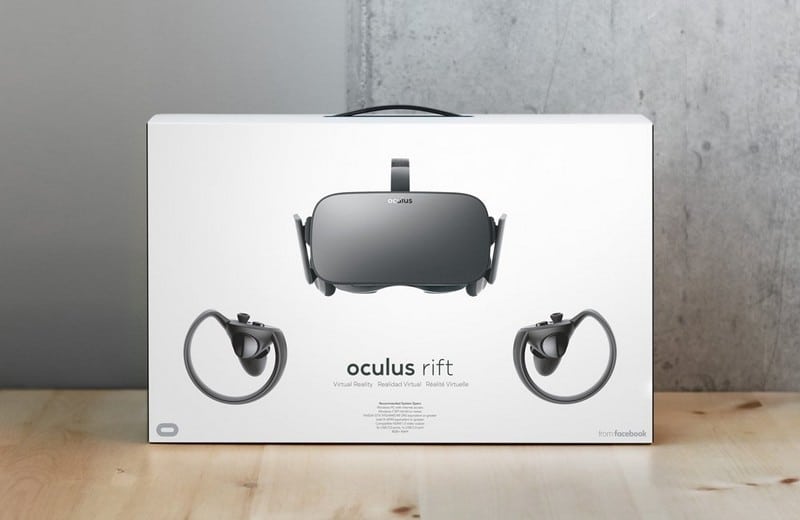 The box ready to go 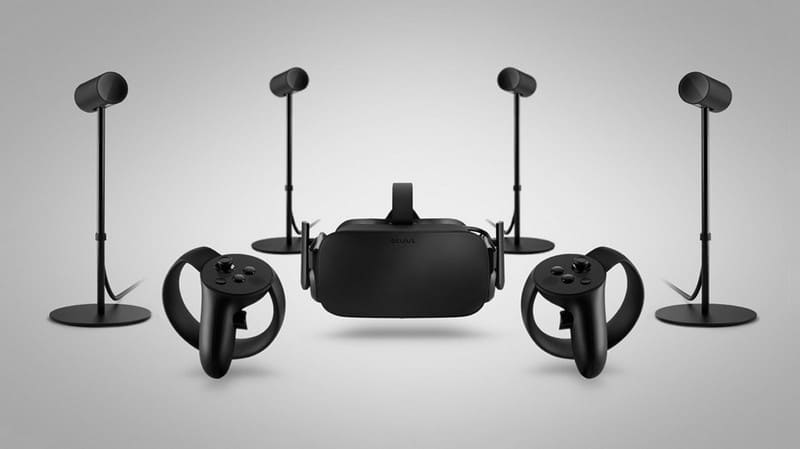 A four sensor set up 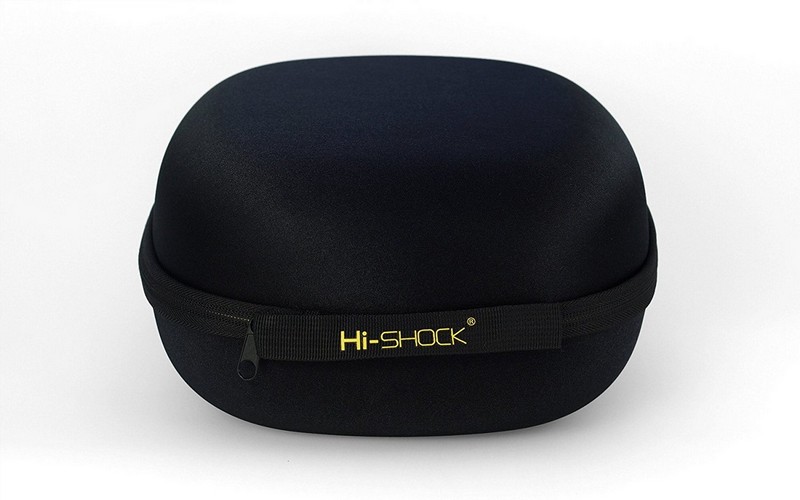 Only just big enough to fit the Rift headset, this case gives basic protection for transport. Be sure to pack the headset with the plugs outside the headbands to ensure they don’t scratch the lenses!

Speaking of backpacks, my original attempt at getting the Node case and VR headset into my existing backpack came up short. 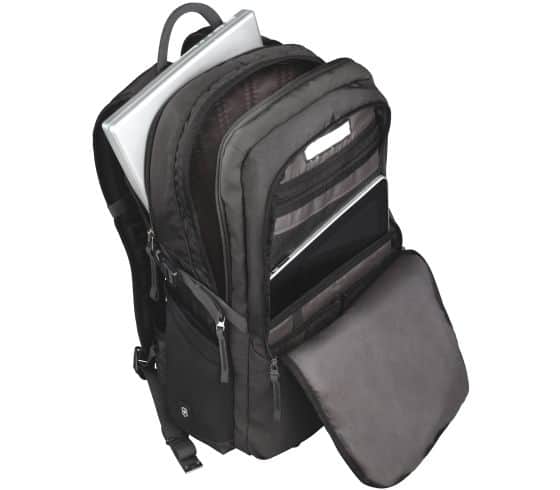 Victorinox backpack. Enough room for the Node 202 but too much of a stretch to get the Rift headset in as well. And no more room after than for anything else

So what I needed was a backpack which could fit within the budget airline’s carry on size restrictions as well as have a cavity which was deep enough to take both the Node 202 as well as the Rift’s hard case.

I found two solutions to the problem: both DJ backpacks. The first was the Riot DJ but I couldn’t find any that would deliver before my flight left. My local DJ shop did have this UDG Ultimate Backpack though.

Using this site I figured that the UDG backpack would be a good enough fit for the airlines I would be flying with and I’m glad I got it. Discounting the lurid orange interior, it has enough room for the Node 202, the complete Rift rig, my laptop, tablet and assorted additional cables and adaptors. 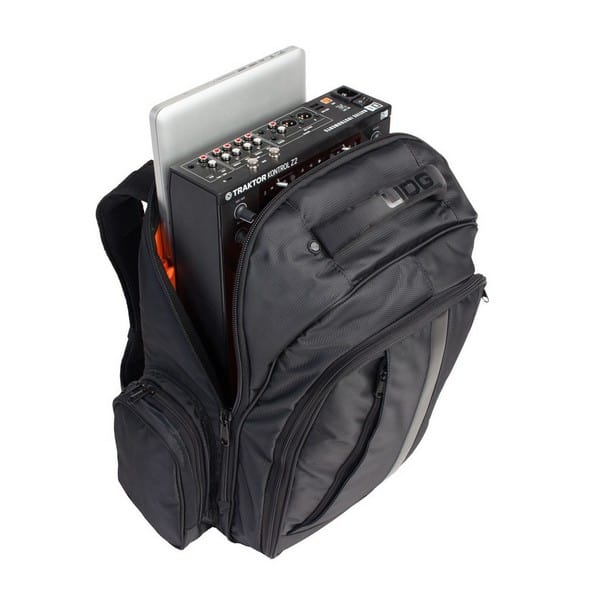 This UDG backpack swallows the Node 202, the Rift headset, the controllers and sensors, my laptop, my tablet, a toolbox, and more.

But here’s the thing: computer gear is dense. Very dense. So the fact that the backpack can accommodate all that computer and VR gear isn’t necessarily such a good thing. I will always remember the look in the eyes of the woman behind the counter at check in when she discovered my check in bag was 16kg (35lbs) when the allowance was 7kg (15lbs).

It’s also a ball ache going through security checks because the PC isn’t light and having to have one tray for your PC, one for your laptop and tablet and one for your jacket and toiletries gets a bit cumbersome. Especially when you find cheap flights with multiple transfers and have to go through security every single time…

It’s also been my experience that budget airlines are more likely to weigh carry on luggage and therefore penalise you for going over your allowance, so my point of writing this post is not to let you know which PC/VR/backpack to buy, but more of a warning. I wanted to have a carry on VR rig, but now I’m not so sure it’s a good idea to have one.

So it’s very possible to buy a carry on set up for cheaper than this, but for the sake of full disclosure, this is the costs for one solution. Likewise, people more clued up than me will exhibit shock and horror at my choices. Not interested in debate. Purchased just before Christmas 2017 and some choices driven by what was in stock.

The drawstring bags which hold the cables with the Corsair power unit are the perfect size. One fits the two controllers for the Oculus Rift and the other holds the two unscrewed sensors with cables.

So rather than email me about detailed questions, where can you go for more help? I’m indebted to the folk at the SFF, Oculus and Build a PC subreddits. You can also do various google searches (“best itx motherboard for VR”) and then try to pick out the nuggets of helpful information amongst all the drek. Best of luck!

*None of the links on this page are affiliate links. I do not make any money off your purchases. 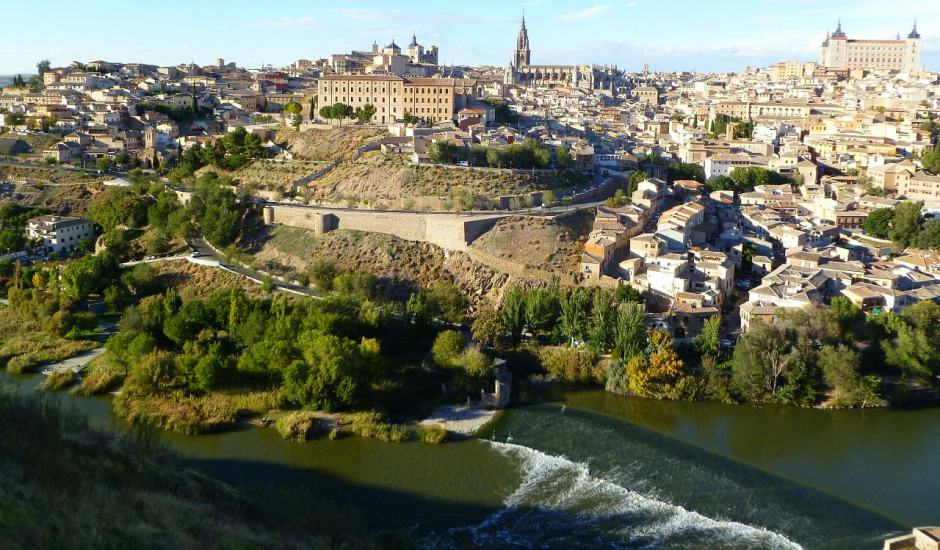 Case Study: A Trip Budget for a Short Break to Spain 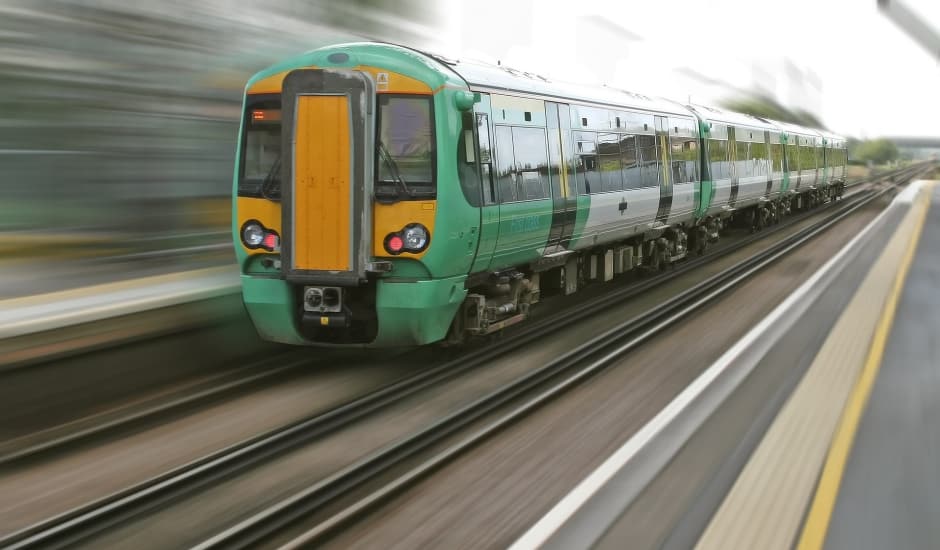 How to Plan Where to Travel to Next