The man’s body flew in an almost perfect arc, limp as a rag doll. It hit the dusty ground with a dull thud, creating a small cloud of dust. On impact, his hat flew off, landing a few feet away from a tangled heap of limbs. The watching crowd took a collective, unmistakably audible gasp of breath before chatter filled the void.

Behind the man, a pair of rustic looking gates with peeling paint burst open and an ambulance car entered the arena. Before a stretcher could be fetched, the man staggered to his feet to a cheer from the crowd. Retrieving his hat, he limped off, shoulders supported by two officials. His chance of glory had been cruelly shattered by a horse he’d thought he could tame.

The Fiesta de la Patria Gaucha was the highlight of the social calendar in the Uruguayan town of Tacuarembó. A friend of mine had been a couple of years before and had raved about it so much that I wanted to go and see what all the fuss was about.

It hadn’t been the easiest of trips to arrange. Getting there wasn’t the problem – a direct flight to Montevideo followed by a comfortable 4 hour bus ride north into the Uruguayan countryside. However, accommodation in Tacuarembó was pretty limited and I hadn’t had much luck booking anything online.  There wasn’t much in the way of hotels and hostels to begin with, let alone while a major event was on. 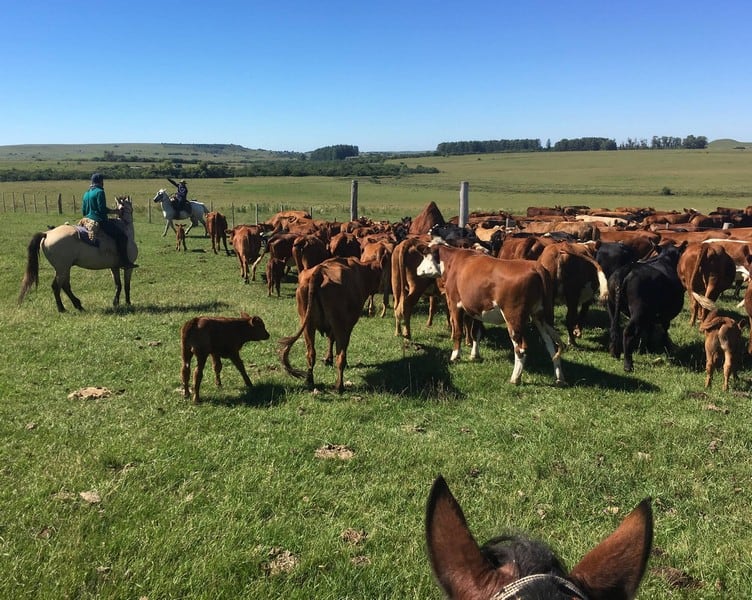 However, serendipity led me to Panagea Ranch, about an hour outside of town.  Its website was refreshingly honest. I won’t bore you with the details but the gist of it was something along the lines of “We’ll be getting on with the business of running our cattle and sheep ranch.  If you don’t get in the way and can cope with just the basics, you can stay.”

In reality, it was that and then some: hearty, home cooked meals, copious amounts of the local vino and plenty of fresh air to blow away the hangovers with twice-daily rides.

It was challenging, yet exhilarating. Host Juan believed in taking people well beyond their comfort zone, while wife Susana was a little more motherly towards their guests.  The electricity went off at ten, there was no WiFi and the entertainment was what you made it.

Each day we rode out to help Juan take care of his livestock: herding cattle one minute, putting them through the noxious vat of sheep dip the next. We returned to the ranch for meals and to soothe our aches and pains.

Finally, we’d earned some time off for the Fiesta de la Patria Gaucha. Juan had run us into town with strict instructions about when he was leaving. There was no need for us to leave at the same time, he said, so long as we were happy to make our own way back.

There was plenty to see and do, so I set about making sure I didn’t miss anything. The festivities were held in a makeshift showground on the edge of town, with stalls appropriately forming the shape of a horseshoe around a lake. 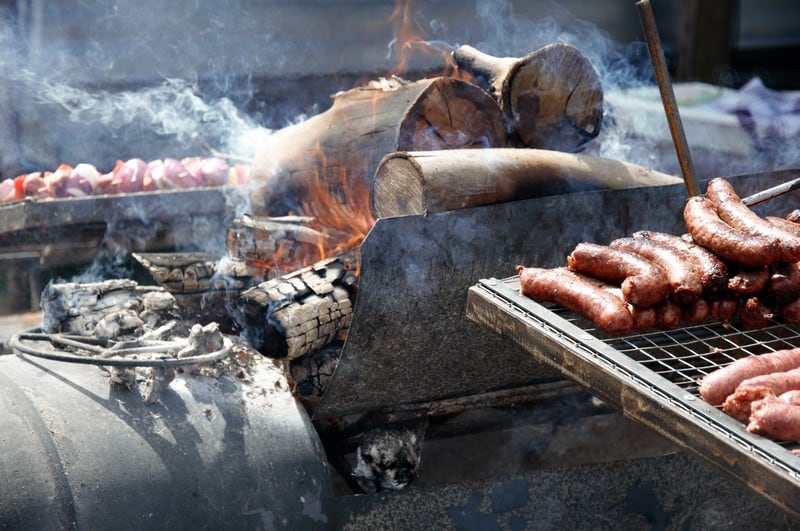 They sold anything and everything you could possibly want for the cowboy life.  You could buy a hat, boots, jodhpurs and spurs – and most probably a horse if you knew who to ask.

Scattered among the retailers were pop-up restaurants and bars. If the smoke from the asado was a dead giveaway to the location of the food, then so too were the rear ends of horses to tell you where the bar was.

It seemed there was no need to dismount to be served, and no penalty for being drunk in charge of a horse, so long as you didn’t fall off and hurt anyone. 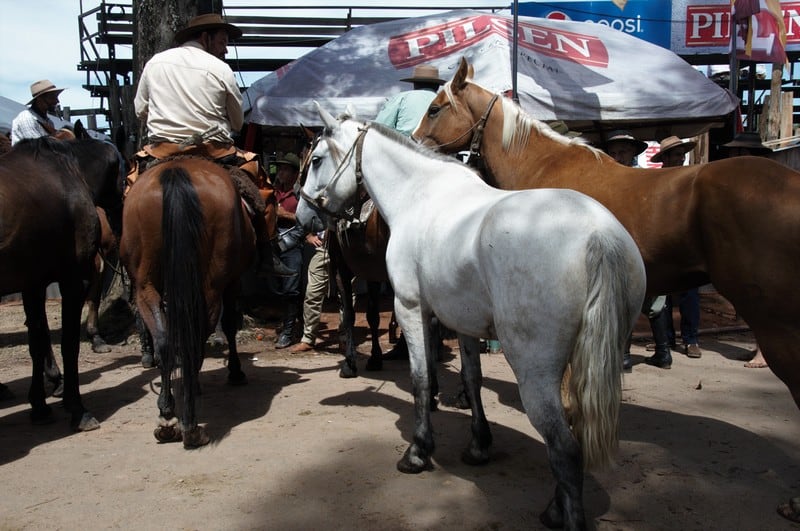 No one did of course. In these parts, kids learned to ride before they could walk, and their skills put me, a novice rider, to shame. Young girls in broad skirts rode side-saddle as they competed in a barrel race, leaning at impossible angles yet somehow managing to remain seated.

I was in awe. A gentle trot to round up Juan’s cattle had been challenging enough. These guys were in another league altogether.